Everybody loses in debate over Georgieva’s tenure 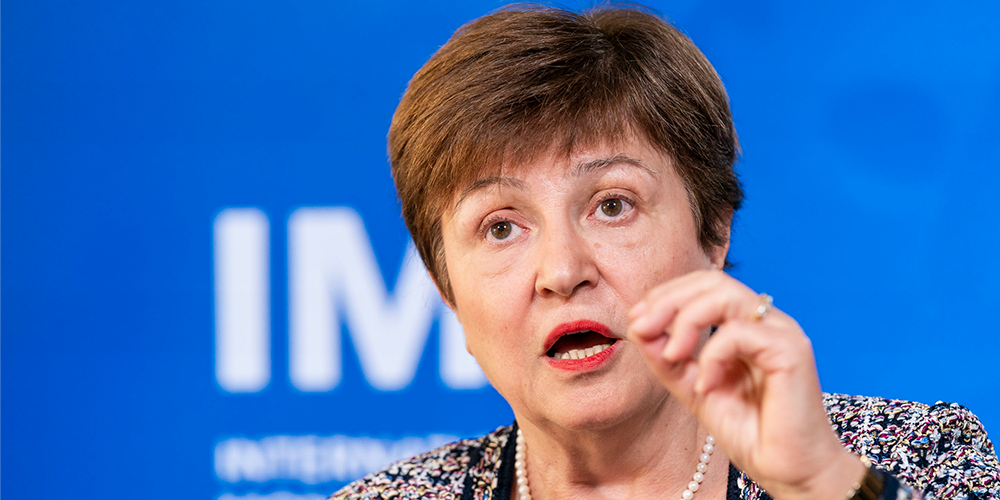 Outsiders by definition can’t see what is happening on the inside. They only know what is in the public domain. Speaking as a former International Monetary Fund insider, there may be more to the debate about Managing Director Kristalina Georgieva’s future tenure than meets the eye.

Georgieva has been accused of manipulating China’s ranking in the World Bank’s ‘Doing Business’ report during her stint as chief executive. But after much public discourse and many meetings of the IMF board, Georgieva will continue as managing director.

Despite the board’s confidence in Georgieva, one thing seems clear: there are no winners. Airing the spat over her future so publicly has aggravated a bad situation, making it harder to resolve and uphold public trust. This will tarnish more than her reputation.

Georgieva will remain in office as a compromised figure. She feels wronged, as reflected in her spirited public defence and attacks on the WilmerHale report, which uncovered the allegations. There may be merit in her views, particularly as she has been backed by a highly respected senior World Bank official with critical responsibilities for overseeing the ‘Doing Business’ report. But it is likely that we will never know the full story.

IMF staff may not come out of this looking good. Many complaints seem like gripes motivated by some of the managing director’s personnel decisions, centralised decision-making and a view that Georgieva was furthering mission creep and taking the IMF too far in the direction of the World Bank.*

Public trust in international financial institutions has eroded, given the perception that technocratic excellence has been overruled by politics. Manipulating data for political motives, as was alleged, would be clearly unacceptable. But often a situation is not black and white. Economic data are not science. An index or model yields outcomes derived from assumptions. Differing assumptions can be defensible.

Europe’s defence of Georgieva will undoubtedly be perceived as a self-interested effort to retain its lock on appointing the IMF head.

The US Treasury hasn’t managed the situation well either. Reports that Secretary Janet Yellen would not take the managing director’s calls and that the Treasury was ‘debating’ her future sent a loud public message that Georgieva didn’t have the Treasury’s confidence. Even if the Treasury was motivated solely by the noble intention of protecting the IMF’s integrity, others probably wouldn’t perceive it as such. Now, it appears there has been another US rift with Europe, after the recent French/US submarine spat, with France leading the European defence of Georgieva. Many will suspect the US was motivated by politics and Chinese antipathies given complaints from Congress and the fact that the accusations involved China. Having gone public, and with Georgieva not stepping down, the Treasury’s international clout may be diminished.

This will hurt the IMF. Reminiscent of the famous scene in Casablanca, it will not come as a shock to anybody that there is ‘politics’ in the IMF. That said, the IMF has done reasonably well over time in managing those politics. It is justifiably seen as an organisation of talented and dedicated economists, generally working hard to ensure that data are of high quality and methodologies and assumptions are sound. The board strives to operate consensually. Public perceptions that the IMF is a US instrument are a vast exaggeration. In my view, despite the Georgieva affair, the IMF will adhere to its traditions. But damage has been done and many will doubt the institutions’ technocratic qualities, at least for now.

This is a time to draw lessons, make needed changes and for all to move on and get back to work.

US and European leadership of the Bank and IMF at times has been less than stellar. There are also questions around the role of World Bank President David Malpass. Meanwhile, the relative global economic weight of Europe and the US is declining.

It has long been argued that the duopoly of a European heading the IMF and an American the World Bank is outdated and not fit for purpose. The US and Europe could commit to ending the duopoly at this year’s IMF-World Bank Annual Meetings, opening up these jobs to the world. Imagine a future IMF run by the globally respected Singaporean Senior Minister Tharman Shanmugaratnam or former Bank of England Governor Mark Carney. Picture a World Bank run by Indonesian Finance Minister Sri Mulyani Indrawati. Such a change could reinvigorate the reputations of the international financial institutions and their global relevance.

* The relevance of the IMF for policy-makers has long been its adaptability and quick first-responder capabilities. The world is seized now quite rightly by climate concerns, as is Georgieva. The substantive role the IMF should play in this area, as opposed to the World Bank and others, is a legitimate public policy issue.