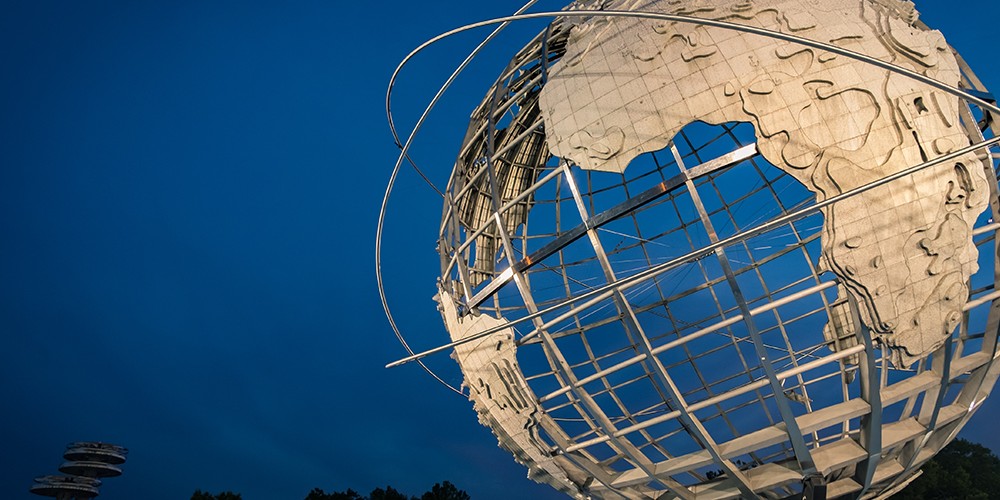 Biden should call for an early G20 summit

This is an abridged version of Mark Sobel’s piece on how Joe Biden can lead a collective battle against Covid and its consequences.

On 1 April 2009, amid the darkest hours of the financial crisis, the leaders of G20 economies came together in London for their second summit. It was the first trip abroad for US President Barack Obama. The G20 leaders committed themselves to a bold – and ultimately successful – action plan to restart the world economy.

Twelve years later, the world faces a pandemic and the worst economic disruption since the Great Depression. The G20, largely missing in action in recent years, should revive the spirit of London, this time led by a new US president, Joe Biden. The president-elect should call for an urgent gathering in Rome early in 2021 under the auspices of the Italian G20 presidency.

The first priority is to strengthen the near- and medium-term global economic outlook. Massive macro stimulus has commendably been provided since the outbreak of the Covid-19 crisis. But fiscal support has lacked a common framing, and its effects are beginning to fade.

At the 2009 London summit, G20 leaders rallied behind a $5tn global fiscal stimulus. At their third summit in Pittsburgh that September, leaders looked to the future and the need for a more durable global growth model based on ‘strong, sustainable, and balanced growth’. Similar vision is needed today.

In the near term, withdrawing fiscal support prematurely would have catastrophic consequences. The US especially should move forward with more support for the unemployed, state and local governments, and critical medical equipment.

But the pandemic is only at the end of the beginning. The economic recovery is nowhere near as robust as it should be, long-lasting scarring is unavoidable, and extended macroeconomic support will be needed, even if a vaccine is soon found.

A smart medium-term fiscal policy will also be needed to overcome flagging potential growth and secular stagnation. Opportunities for transformational investments abound. Infrastructure investments are needed. Climate change is the greatest existential threat to the planet and must be tackled. Future economic activity will depend heavily on technology, digitalisation, and work from home. Government investments can support these societal transformations and workers disrupted by them.

The International Monetary Fund should immediately formulate a global fiscal agenda for the G20’s near- and longer-term future, setting forth on a country-by-country basis the fiscal policies that would best help the global economy adjust to the new normal.

The G20 should also set up a high-level expert task force, led by the US and Germany, to recommend a concrete infrastructure and climate plan to transition to a non-carbon future. Washington should help galvanise the G20’s climate push by re-joining the Paris climate agreement.

Economic support must complement health measures. G20 leaders should send a clear message to the world about social distancing and ensuring adequate financing is available to produce a globally available vaccine as quickly as possible. The US should announce it is remaining in the World Health Organisation.

Its key programme to date, the debt service suspension initiative for low-income countries, is woefully insufficient. To make it effective, private-sector participation in the DSSI should be made mandatory, debt transparency should be strengthened, Chinese official lending should be fully disclosed and Paris Club principles applied.

A special drawing right allocation of at least $600bn could usefully back additional social spending for emerging markets and low-income countries if linked to non-traditional creditors and private sector agreement to DSSI reform as described above.

Asian and many Latin emerging markets are in strong positions. But others are on an unsustainable path or will be pushed there by the pandemic. They will need to restructure debts alongside IMF programmes, and restructurings should be sufficiently deep to address debt overhangs. Some emerging markets facing questionable debt sustainability will need IMF programmes, which should provide more liquidity support than is the Fund’s traditional bent.

The World Bank and other multilateral development banks also stepped up at London through large-scale pledges of additional member support. They should do so again.

Trade is another priority for an early G20 summit in 2021. At the first G20 summit in Washington, leaders committed to refrain from raising new barriers to investment or trade, and this commitment was repeatedly underscored. By and large, it constrained beggar-thy-neighbour behaviour despite the pressures of the 2008 financial crisis.

In recent years, those commitments have been pushed to the side. New protectionist measures, especially from the US, have substantially weakened the global trade framework, jeopardising global growth. The G20 should reaffirm its support for openness and trade. At the same time, it should launch an immediate ‘blue sky’ expert study of reform of the multilateral trading system.

There are other priority issues that require G20 attention, including financial regulatory reform and international taxation. Leaders should lay out plans for dealing with these without getting bogged down in details.

Finally, to reinvigorate G20 cooperation, the US and China – now the two dominant global economies – will need to find areas where they can positively engage, despite continuing tensions in the relationship.

President Biden will have much work at home following his inauguration. But calling for an early G20 summit on pressing economic and health issues will complement those domestic efforts and offer an opportunity to strengthen the US’ standing overseas. There has never been a more critical time for bold and swift action.

Mark Sobel is US Chairman of OMFIF, and a former US Treasury international monetary and financial official and US representative in the International Monetary Fund. He served as the US financial deputy for the London summit. Matthew Goodman is Senior Vice-President at the Center for Strategic and International Studies and served in the NSC under Presidents Bush and Obama.