Nixon shock was a welcome development 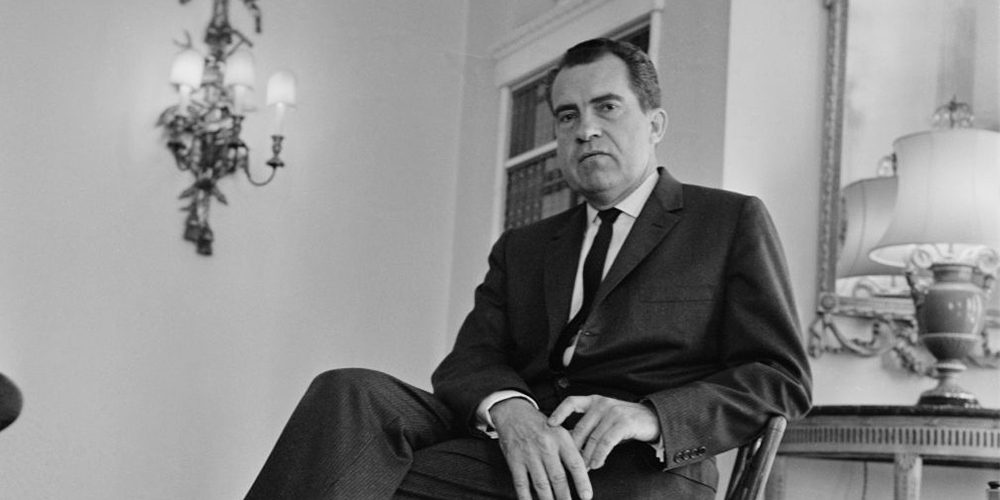 It led to generalised exchange rate floating in advanced economies

Numerous commentaries in recent weeks have commemorated the 50th anniversary of the August 1971 Nixon shock, which brought the Bretton Woods system to its end. For me, the Nixon shock was a historically welcome development because it set in motion a series of events that led to the onset of generalised exchange rate floating among advanced economies in March 1973.

The Bretton Woods system reflected a generous act of multilateralism by the US, suited to the post-second world war environment – one that benefitted American interests, of course. It worked well at a time when Europe and Japan were rebuilding and the US held overwhelming hegemonic powers. But as Europe and Japan got back on their feet, the global economy and financial system evolved and prospered, the Keynesian Revolution hit economic thinking and the US sought guns and butter while others pursued their own objectives, the Bretton Woods system was no longer viable.

The Humpty Dumpty efforts between August 1971 and March 1973 – the Smithsonian Agreement which realigned currencies, the Committee of Twenty on international monetary reform, the February 1973 dollar devaluation – to restore a brittle Bretton Woods system in the face of these evolving forces and accelerating capital flows was probably doomed from the start.

Floating rates are no substitute for the responsibility of running sound policies. But in hindsight, their advent at the time was a blessing.

It was highly unrealistic to think a large closed economy would tightly subordinate domestic policy to an external objective. Under Bretton Woods, a country losing reserves would have to raise or cut interest rates to protect parities. But national politicians are far more concerned about domestic economic developments than the international monetary system. ‘It’s the economy, stupid.’

The economic zeitgeist in the 1970s was that policy-makers could deliver desired outcomes by managing macro tools. It’s even alleged that Nixon said: ‘We’re all Keynesians now.’ US policy in the 1970s and the Great Inflation were hardly responsible. But it made little sense to think that the US as a closed economy would run highly contractionary macro policies, throttling the domestic economy, to maintain a peg and adjust a trade deficit. Similarly, decades later, it would have made little sense for then Federal Reserve Chair Ben Bernanke to tighten US monetary policy in 2008-09 because the dollar was falling amid recession. Floating rates provided greater autonomy and sovereignty.

Floating rates in some ways facilitated the adjustment process. Who bears the responsibility for adjustment remains a key point in the IMS.

But flexible rates somewhat help in this regard. In the late 1960s, the German government contentiously debated revaluing the deutschemark before doing so in 1969. The economists supported it, but key politicians and export industries didn’t.

During debates after the Nixon shock, Germany and others asked why should they revalue – as opposed to the US adjusting its macro policies – when they felt US irresponsibility was the culprit undermining the system. Echoes of these feuds are still found today – just think back to the European crisis and the debates since between Italy and Germany. Or just look at the US’ – legitimate – longstanding complaints about Germany’s excessive current account surpluses, even if, as Germany retorts, the US is hardly a paragon of responsible policy-making.

My wonderful and smart Treasury bosses who trained me early in my career and who had been stewards of the Bretton Woods system had a different take: the problem wasn’t US leadership, it was the lack of European followship.

Flexible rates partly dispensed with these disputes. Yes, they overshoot. But the market took over the setting of exchange rates. Politicians could wash their hands of it and simply blame the markets.

Floating rates are not a panacea. Some argued then and even now that floating is a non-system, because there is far less external discipline on domestic policy and there have been excessively wide swings in exchange rates. Critics rightly pointed out then that flexible rates would be much harder for small open economies to cope with than a large closed economy. Fixed rates, it was argued, would better anchor disinflation, though subsequent history has shown that problems in implementing exit strategies often exacerbated hugely disruptive currency crashes, which further aggravated national balance sheet mismatches.

Nixon was first and foremost dealing with domestic problems such as the consequences of inflationary policies, a trade deficit and rising protectionism. He was not attempting to be visionary. But in unleashing forces in August 1971 that led to the advent of floating rates in March 1973, he helped start aligning international monetary conditions with evolving realities on the ground and facilitated the evolution of the global economic and financial system that has existed since then. That system has plenty of warts, especially arising from inadequate domestic policies. But its greater flexibility was to be welcomed and its advent in August 1971 was probably inevitable.