Germany changes but not on election day 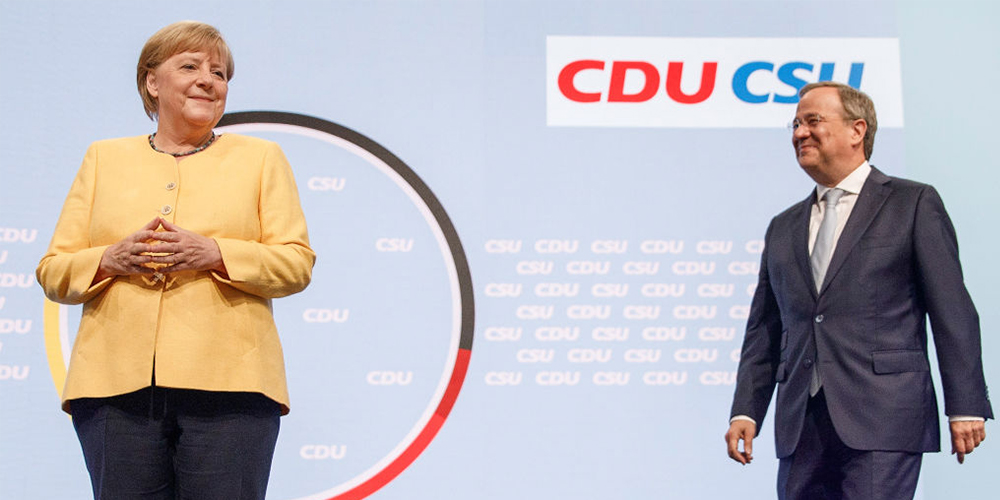 What elections tell us about Berlin’s political autopilot

German election campaigns often begin with predictions of great change – but then everything stays more or less the same. There has been a lot of media excitement about the rise of the Green party. Yet the most popular candidate – though not the most likely one – to succeed Chancellor Angela Merkel after the parliamentary elections on 26 September is her clone, Social Democrat Finance Minister Olaf Scholz.

The favourite, Armin Laschet, chairman of Merkel’s Christian Democratic Union, is a middle-of-the road Rhinelander. He’s a less convincing and experienced personality than Scholz but the CDU’s deep reservoir of support gives him a greater chance of the chancellorship than Scholz or Annalena Baerbock, the Green candidate.

Of course, dramatic events can have an effect. Afghanistan matters because Germany supported the 20-year Nato engagement with large-scale overseas troop deployment, a politically wrenching move for a country that sought military self-emasculation after 1945. Voters seem to sense that the Afghan debacle is more important to their futures than their leaders wish to admit. Yet – because both the CDU and the Social Democratic party (SPD) in Merkel’s coalition share blame for the failure – the impact on the election result seems likely to be limited.

Once it becomes clear that Germany’s steady-as-you-go political philosophy is not likely to change, foreign observers often conclude that Germany is stagnant and boring. Or that its political autopilot cements its decline. Yet the key to deciphering German voter behaviour is to accept it for what it is, not what we think it should be. And Germany isn’t declining. Alone among European nations, its global standing is steadily rising. Its internal social cohesion is maddeningly strong.

After venting a few emotions, even dissatisfied younger generations are likely to feel instinctively that Germany’s autopilot is their secret to success. And they will be right. It’s important to understand the special German road to change. In a nation traumatised by past violent upheavals, voters demand an emotional insurance policy. Future leaders are carefully trimmed to this standard. New ideas must be sold as not really changing anything. Change must be seen as a method of strengthening stability, not as a visionary upheaval.

A new government, even with participation of the Greens (which has shifted towards the centre from its early radical years), will make little difference. Germany does in fact change – often dramatically. But not on election day.

The Fukushima disaster led to a greatly revised energy policy. Reunification with East Germany is another good case. It seemed to have happened without warning or planning. West German leaders tried to block Ronald Reagan’s 1987 speech at the Brandenburg Gate (calling for Soviet leader Mikhail Gorbachev to tear down the Berlin wall) by claiming that it would be too destabilising. Most of the country was truly surprised when two years later the wall came down.

What happens to the leaders who try to sell change? For example, the coalition of SPD and Greens which Merkel dislodged in 2005? Chancellor Gerhard Schröder pushed through the sort of neo-liberal economic reforms which the CDU always claims to support. That was 16 years ago. Neither the SPD nor the Greens have come close to voting the CDU out of office since.

After a disastrous flirtation with global power in the 19th and 20th centuries, Germany has become a model of dynamic immobility. Autopilot seems to be the default mechanism for a country which still finds it hard to understand where it fits in. Voters are likely to remain fixated on the traditional three postwar essentials: stability, respectability and peace. The Nord Stream 2 gas pipeline, berated by successive American administrations because it increases German dependence on Russian gas, fits into this pattern. Germany believes this stabilises both its energy supplies and relations with Russia.

Slowly and without fanfare, Germany has been remaking the Atlantic world in its own image for more than 60 years. This success has been overlooked, reflecting Germany’s skill in hiding behind the US to build an image of selflessness. In reality, Germany has been as single-minded in pursuit of its goals as Charles de Gaulle ever was for France.

That’s the way postwar Germany will continue to exercise power. It will draw strength by imposing its internal consensus on others. Goals will be relatively low-key, perhaps more attuned to Switzerland’s or even Belgium’s than those of Silicon Valley or the Elysée Palace. But Germany will insist that they are accepted.

In an ever more networked world, where the Atlantic community of nearly 1bn people is a reality, constructing the future will be a long game. It’s illusory to think that Germany will shift approach and motivate Europe to a different future. The September elections are another stage in the journey. The Germans will remain on autopilot. They will not switch it off any time soon.

John Kornblum is a former US Ambassador to Germany, Senior Counsellor at Noerr LLP and a Member of the OMFIF Advisory Council.