Co-operation and confrontation in US-China relations 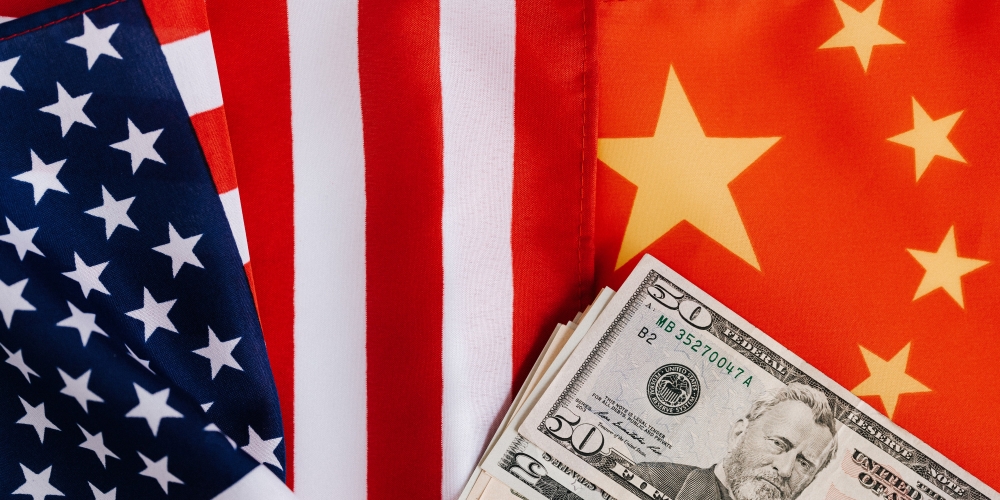 Experts tell OMFIF how Biden should move forward after Trump

The US is realising that it is impossible to change China through full-frontal antagonism. Instead, the relationship between the world’s leading economic powers must be based on a combination of co-operation and confrontation on key issues. In an OMFIF panel on 10 February, US experts agreed that the administration of President Joe Biden must first identify policies that can work and then intensify efforts, including by interacting with foreign allies, to achieve success.

OMFIF’s US Chair Mark Sobel spoke with Kurt Tong, Partner at The Asia Group, Wendy Cutler, Vice-President of The Asia Society Policy Institute, and Bob Dohner, former Deputy Assistant Secretary at the US Treasury. Each panellist, greatly experienced in US-China relations, brought different perspectives to the discussion from their careers in government agencies.

The panellists agreed that President Donald Trump took Barack Obama’s stance on China and intensified it considerably. They emphasised that China under President Xi Jinping is increasingly authoritarian.

By identifying China as a geostrategic competitor and threat, Trump placed Sino-American affairs front and centre of the US agenda. Trump used tariffs as leverage against Chinese interests in a way not previously attempted. While the panel agreed that his administration was right to focus on China as a geostrategic challenge, he got a great deal wrong.

His unilateral and belligerent approach was mired in severe miscalculations, particularly early in his administration. China responded to threats of tariffs by doubling down on industrial and technology policies, areas that provoked further US objections and in many ways harmed American interests. Cutler noted: ‘This spiralled into retaliation affecting hundreds of billions of dollars in imports and exports.’

Trump’s bellicose negotiating style – public and largely on Twitter – complicated matters and undermined his team. Priorities shifted day by day and opportunities were squandered. In the phase one trade agreement reached in early 2020, the administration settled for a sub-optimal transaction deal rather than structural reforms.

As Cutler pointed out, ‘Not only did [Trump] not work with allies and partners on the China strategy, but he alienated them through other measures.’ This sentiment was echoed by Tong and Dohner. Working with rather than against US allies to try to achieve common goals on China will mark a big change in the new administration’s policies.

Biden’s efforts at coordination with allies will not be easy, in view of damage done to America’s global reputation. The panellists recommended that the US will need to approach allies with humility, ready to listen, not lecture.

Biden has inherited tariffs on Chinese imports of goods worth around $370bn. The panel agreed that these would not be lifted any time soon and certainly not all at the same time. Cutler recommended that the administration should look at the issue behind each tariff individually and then determine the most effective way to address it, including identifying allies to help produce solutions.

Dohner observed that financial sanctions have increased inexorably in scope and extent to include secondary sanctions, where an institution faces restrictions because it deals with a directly sanctioned entity. ‘Sanctioning a major Chinese bank, cutting it off from the US financial system would be a huge step and potentially financially destabilising, one I think the Yellen Treasury would be seriously concerned about and weigh in heavily on.’

Tong divided the key issues into those of confrontation and co-operation. In terms of confrontation, he identified the highest priorities as technology, military affairs and questions of governance and human rights. Congress will be watching the Biden team closely for any sign of weakness on China and is likely to take action to correct any perceived Biden shortcomings.

Fields where the US and China can co-operate include the response to Covid-19, North Korea’s nuclear proliferation and climate change. Tong predicted, ‘We’ll see a combination of confrontation on some issues, outright co-operation on some if it’s possible… and then a lot of negotiation on some of the difficult issues in between.’

Trump’s bellicose approach coincided with dramatic changes in Chinese policy. It became more confrontational towards the West, more authoritarian internally and more aggressive regionally. Dohner noted that this created a ‘hardening of positions on both sides that’s very difficult to reverse and creates a difficult situation for the Biden administration.’

The US does not have the power to change how China governs itself or acts globally. Reining in Chinese influence (particularly in economic matters) on smaller nations is impossible. Instead, the US and other like-minded countries should show such nations that they have options for market-based and transparent development policies so that they are not trapped in exclusive relationships with China.

The panellists emphasised that, by the end of the Trump administration, communication between US and Chinese officials was almost non-existent, especially at technical levels where progress might have been achieved. This will need to change if the two countries are to work together on shared interests and specific issues.

More important than communication with China is communication with allies and partners. Tong pointed out that, to be truly effective, the US will need to form ‘coalitions of the willing’ with other key countries. Cutler and Dohner observed that the make-up of the coalitions may need to vary, issue by issue.

Biden has 35 years of congressional experience that gives him the ability to digest issues effectively and give direction. In the complex relationship between the US and China, Biden’s track record, including his vice-presidency under Obama, will be a considerable advantage. But much more will be needed to achieve durable success.