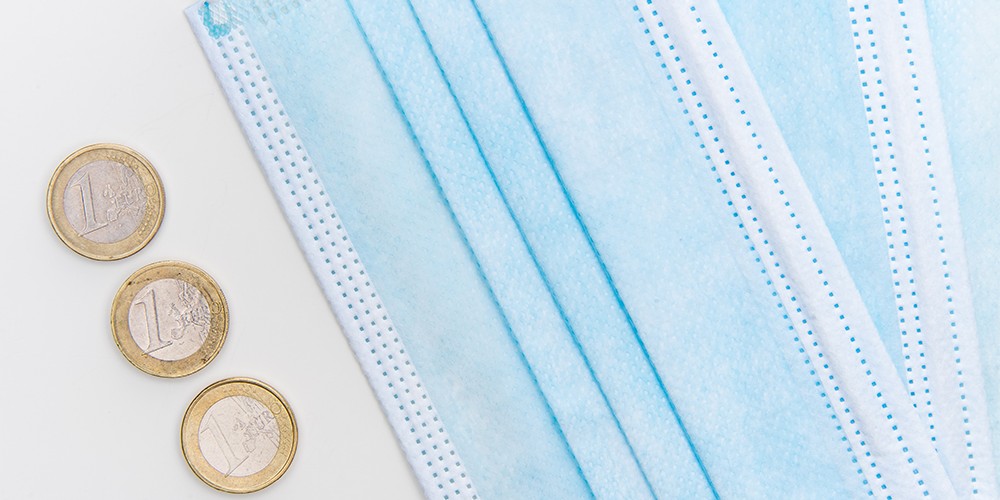 Governments must decide how to pay for pandemic spending

This is a pivotal year for Europe. Vaccines will free us from restrictive lockdowns and solve the health crisis. The pandemic’s economic impact, however, will remain and we will soon find out how governments will pay for it. Lavish fiscal policy has provided financial support to households and companies so that things can return to normal quickly once the health crisis is over. Nearly a third of a year’s output has been spent in this effort: fiscal measures add up to 32% of euro area gross domestic product.

Governments cannot delay the financing decision for another year, since the suspension of the European Union’s 3% GDP deficit limit expires at the end of 2021. A decision is needed by the middle of the year so that 2022’s budgets can be prepared accordingly.

Some argue that austerity need not return. Low, even negative, interest rates make public debt easily serviceable and the stock can just be rolled over, transforming public debt into a sort of perpetual bond. Others see the 3% fiscal deficit rule as necessary for growth and economic stability. After having crossed many Rubicons in 2020, we are approaching the banks of another already.

There is an interesting twist to the debate. The side that argues for a paradigm shift is aided by tailwinds from the west. Several former US government officials and policy advisers are recommending that President Biden implement (another) large spending programme, despite 2020’s 18% deficit.

They explain that, in the context of a shock like the pandemic, fiscal deficits are expansionary, with each dollar spent on investments and infrastructure, as well as research and development, returning more than a dollar of GDP. In other words, the spending will pay for itself. Top-down fiscal anchors should be done away with and debt does not matter. In times of low interest rates, borrowing to spend is a no-brainer.

Back in Europe, where interest rates are at or below zero, cheap debt servicing also helps the case for more spending. The EU recovery fund is preparing to borrow hundreds of billions of euro to invest in digital and green technologies that will raise potential growth. The cost will stay low, as inflation is nowhere to be seen. Core inflation has reached a nadir, and the European Central Bank is further from its target than ever. Even when the economy recovers, inflation is likely to return to its prepandemic level of only around 1%, much below its 2% target.

With the need to stimulate inflation, rather than slow it, monetary policy needs to remain accommodative. With its most efficient tool, the pandemic emergency purchase programme, expiring at the end of the pandemic, the ECB will have to stay on the sidelines and cheer national governments as they deploy their recovery stimulus to relaunch growth and, hopefully, boost inflation.

However, even though debt is cheap, it is impossible to imagine that Europe will let go of its emphasis on fiscal discipline. In the absence of a common fiscal policy, deficit and debt targets are a useful tool to maintain a degree of harmonisation across the euro area. But reactivating the old 3% deficit limit is not only unrealistic, it is dangerous. A brutal adjustment through large tax increases or spending cuts would risk pushing Europe back into a recession. As for the 60% of GDP debt limit, it has long been irrelevant. So how will Europe reform its fiscal guidelines?

It will take time. The EU should seriously consider putting a limit on how much could be spent on annual debt servicing, based on GDP. Education and research spending could be ringfenced, not counting toward the overall spending cap. A limit could also be set on net financing needs every year, again as a ratio of GDP. This was, in fact, the very metric used to assess debt sustainability during the 2010 Greek debt crisis.

The pros and cons of every option will have to be weighed. In the meantime, it is probable that the only decision taken this year will be to give governments more time to balance their books.