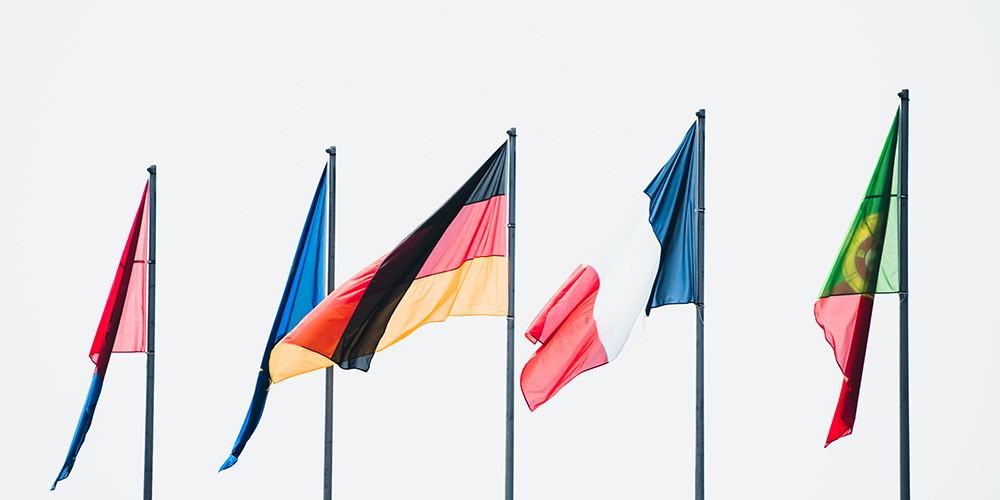 Next Chancellor must reinforce role as anchor to the EU

Germany will have a new chancellor after the September elections, marking Chancellor Angela Merkel’s departure after 16 years in office. What should be the economic and financial policy hallmarks of the post-Merkel leadership?

Germany and the rest of Europe know all too well that only strong economies and finances will ensure respect and success in the world. The new government will face three key challenges: first, to stay economically and financially strong at home; second, to promote sound policies in the euro area and underpin its stability, and third, to strengthen the market economy via open, global competition.

European policies are paramount. Germany needs to maintain the sound, rules-based policy-making that guides the European-level agenda. Both Germany and Europe have benefitted from its ‘anchor’ role in the continent and push for prudent policies. This has helped the euro area’s credibility in difficult times, including during the Covid-19 pandemic.

It was courageous of European partners to agree on an ambitious coronavirus recovery plan. This unprecedented €750bn of funding must be spent well to promote growth and build trust in Europe.

The successful implementation of the stimulus package should also reinforce a key message: that this is a one-off deal in historic circumstances. In Germany, as in other European countries, legal and constitutional reasons demand this. This is not irrelevant in rule-of-law-based societies. After the pandemic, the European Stability Mechanism will once again provide the suitable framework for conditional financial support. This sets the right incentives for governments. And European populations must be made confident that they will not be burdened in future with extra layers of European debt. Whatever the debt is labelled, they still have to pay for it.

Germany has been respected, though not always loved, for its approach to Europe. Intense and pragmatic discussion with maximum good will preceded any action. Looking forward, Germany and its partners will need to focus on sound policies and ensure that European spending is not frittered away. This will also support the euro as a strong and relevant currency.

At home, Germany boosted its standing with bold reforms in the early 2000s and its quick return to a position of sound public finances after the 2008 financial crisis. These successes helped to complete reunification, eliminate mass unemployment, post solid income gains and maintain opportunities and social peace for its citizens. And they will help to master the challenges of digitalisation, aging, security and climate change.

But more profoundly, Germany’s strength is founded largely around three important traits. First, Germany boasts relatively good framework conditions for private investment. This is the basis for its strong, broad-based dual and higher education systems and its prosperous Mittelstand economy with growth centres spread over the whole country.

Second, it traditionally advances an open, international trading and investment environment that welcomes foreign competition and does not favour national or European champions. This keeps the economy efficient with well-paid state-of-the-art products and jobs.

Third, Germany has a relatively effective state with high, but not exorbitant, public spending and moderate public debt. This finances high-quality services which the federal system ensures is evenly distributed across the whole society and country.

These strengths are the product of the country’s liberal, social-market economy model advanced ever since Chancellor Ludwig Erhard was in power in the 60s. However, in recent years, success has bred complacency and some of these strengths have been undermined. Reform reversal, fast-growing public spending, interventionism and the siren call of ‘free’ public debt have started to take their toll. The next government will have an opportunity to build on Germany’s traditional strengths once again.

The new leadership must also look beyond the European Union, where they will discover opportunities as well as threats. Germany should be a clear voice arguing against protectionist tendencies in whatever disguise. It must not alienate international partners and must convince European colleagues that it is openness, and not protectionism, that will keep them fit and competitive.

Germany’s leadership should learn from rising economies, especially in Asia. Openness will build partnership. It will improve prospects for poor countries to emerge from poverty. The demise of socialism – some of us may remember – has shown that strength in openness was an important element in spreading our political and economic model.

Ludger Schuknecht is former Deputy Secretary General of the Organisation for Economic Co-operation and Development, former Chief Economist at the German Finance Ministry and Member of the OMFIF Advisory Council.