Fed must hold firm in face of inflation 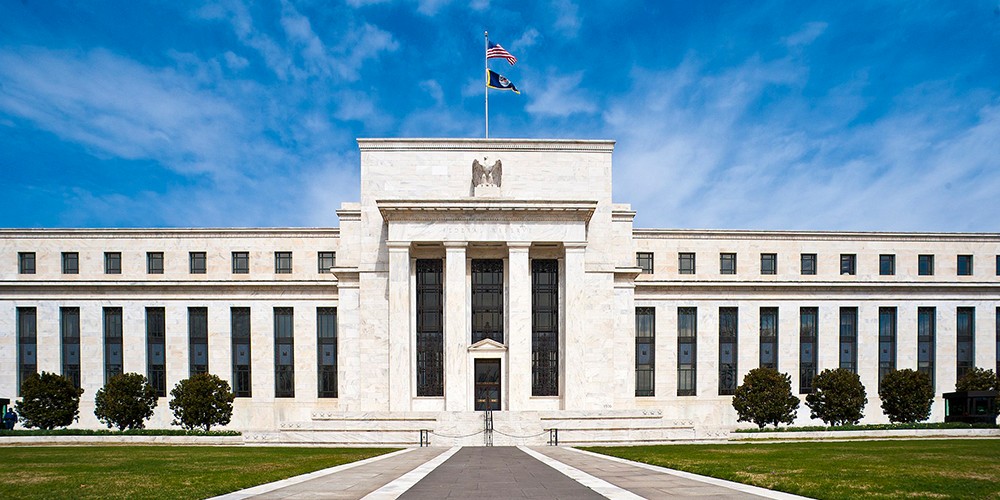 Inflation is back – at least as a topic of discussion. OMFIF’s US Chairman, Mark Sobel, convened a panel in late January on the outlook for the US under President Biden. He spoke with Credit Suisse’s Chief Economist, James Sweeney, and Nathan Sheets, Chief Economist and Head of Macroeconomic Research, PGIM Fixed Income.

During the panel, Sweeney injected a note of caution about inflation. The assumption is that interest rates will remain low, at least in part because of low demographics and technology. But these forces are so big and broad that we should be circumspect in our willingness to take them for granted. Should we start to worry about bubbles and persistent inflation?

At the Federal Reserve, it seems not. After the recent Federal Open Market Committee meeting in late January, Chair Jerome Powell delivered the most dovish press conference in recent Fed history. Powell’s comments on inflation represent a significant evolution in the Fed’s approach to macroeconomic management.

Responding to the possibility of a near-term upward burst in prices, Powell claimed:

‘I’m much more worried about falling short of a complete recovery and losing people’s careers and lives that they built, because they don’t get back to work in time … I’m more concerned about that and the damage that will do … than about the possibility which exists of higher inflation. Frankly, we’d welcome slightly higher inflation. The kind of troubling inflation that people like me grew up with seems far away and unlikely in both domestic and global contexts.’

These statements from a central banker would have been unthinkable a decade ago. At the same time, they are welcome tonic for a US economy that remains mired in crisis.

The Fed is clearly committed to its twin goals – maximum employment and price stability – and feels strengthened by its new average inflation targeting framework. Rather than repeating the mistakes of the last cycle – hiking too early in late 2014, unwinding the balance sheet too rapidly – it appears ready to look through any bursts of inflation and wait for the most powerful possible recovery.

Simmering beneath the surface of the Fed’s patience is an important debate on the sources, causes and dangers of inflation in the US economy. During OMFIF’s panel last week, Sheets noted that while shortages, bottlenecks and other supply-side constraints might produce temporary flare-ups in price levels, this would be transitory. Sheets expects rates to stay low until the end of 2023, foreseeing below-target inflation for the medium to long term.

At the same time, yields on US Treasuries have presented a more mixed picture. Real yields remain deeply negative, providing a powerful stimulative effect. In discussions on the US economy last week, parts of the Fed system displayed confidence that this would remain the case, pointing to the low starting base of real yields. Inflation expectations, reflected in ten-year breakeven rates, have been rising steadily, indicating gradually rising expectations of future growth. As of the week commencing 1 February, they stand just above 2% (figure 1). 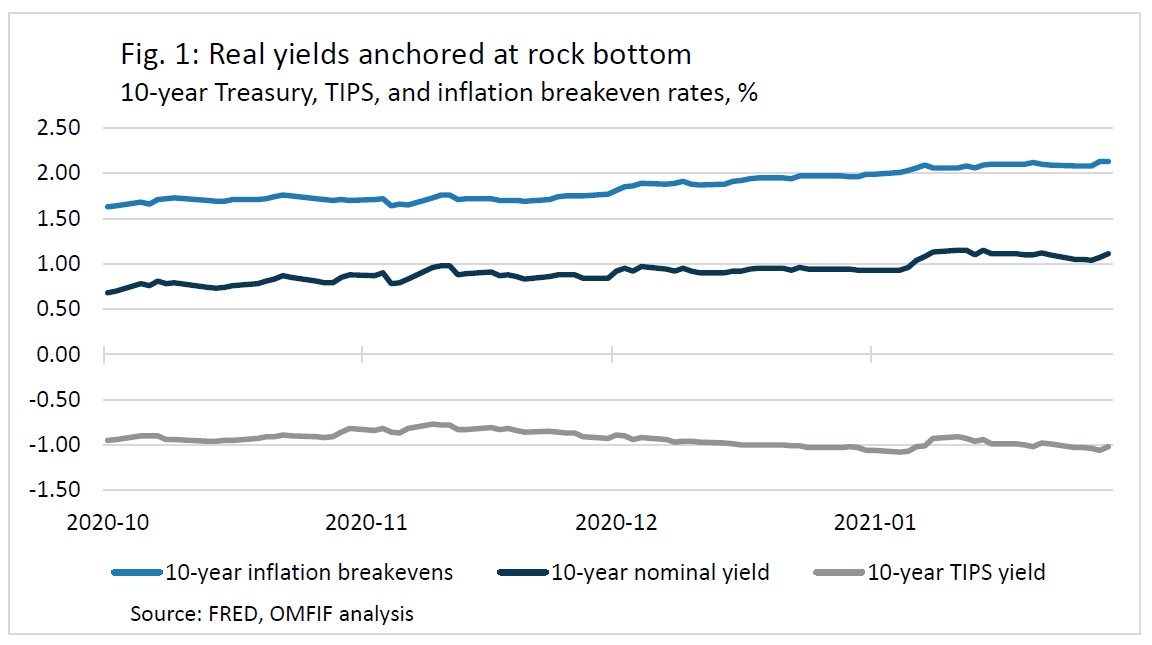 What will be more concerning to the Fed is the behaviour of nominal yields, which has been more hectic and sometimes disconnected from movements in inflation-protected securities. The nominal yield curve has steepened significantly over recent weeks, reflecting higher growth expectations.

Yet fears of a ‘taper tantrum’ akin to the 2013 episode emerged in December after several regional Fed presidents suggested the central bank might reduce the pace of its asset purchases over the course of 2021, far earlier than expected. More strikingly, the yield on benchmark ten-year Treasuries has tended to rise sharply with Democrat electoral victories. Nominal yields dragged up real rates in early January, following the Senate victories of Jon Ossoff and Raphael Warnock in Georgia.

The pace of vaccinations remains the single most important variable to consider in forecasting growth. But the behaviour of bond yields suggests that fiscal policy will serve as the primary economic driver of inflation expectations in the medium term.

That being said, OMFIF’s panel was not particularly optimistic about the prospects of large-scale fiscal stimulus. The panellists predicted that an eventual package would come down to around half of the $1.9tn proposed by the Biden administration.

Budget reconciliation rules would allow for the passage of significant chunks of a package without Republican support. But Sheets and Sweeney highlighted the importance of persuading key conservative Democrats in the Senate to support it, including Kyrsten Sinema of Arizona and West Virginia’s Joe Manchin. These figures would also play a key role in the success of a second, larger infrastructure package.

The scope of the eventual stimulus, and the size of direct payments, will play an important role in driving medium-term growth and inflation expectations. Yet this should not obscure the fact that at present, economic data – particularly on inflation – remains unclear.

An index on inflation dispersion compiled by the Federal Reserve Bank of San Francisco suggests that 28% of items tracked in the personal consumption index have experienced a decline of two standard deviations below the average 12-month inflation over the past five years. Almost 23% have experienced a two standard deviation or more increase. For comparison, in November 2019, the respective decline and increase figures were 3% and 5%. Prices of durable goods have surged, for example, while services prices have remained relatively flat.

The level of dispersion in inflation is unprecedented in recent history, making the conception of generalised ‘inflation’ almost incoherent.

There are significant questions about both the location and durability of price increases. The latter is particularly important, as identified by Sheets during OMFIF’s panel and reiterated by Powell in last week’s press conference.

The Fed will look through transitory inflation. But how can you tell when inflation is transitory compared to when it is durable? Defining this boundary is one of the key monetary policy tasks of the coming years.