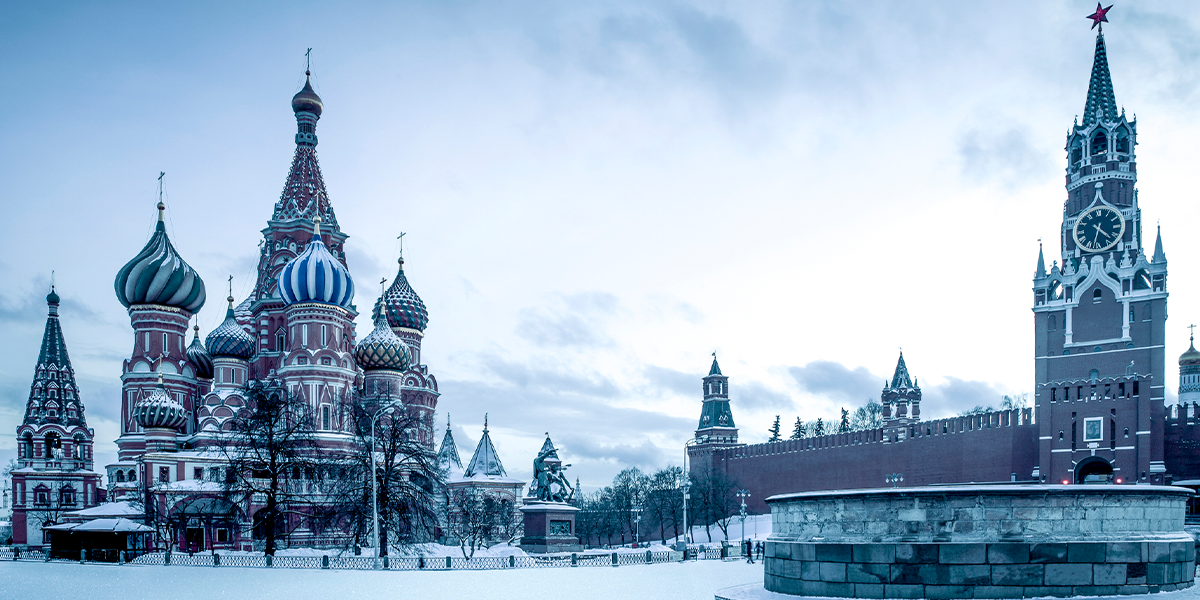 Europe’s reluctance to agree Swift-based sanctions free from exclusions has brought a far stronger policy response: freezing the assets of Russia’s central bank. The private financial system is therefore not fully isolated from the global payments system allowing at least energy-related transactions to be settled, but the official assets of the central bank held abroad have been frozen.

This is a major break in the international monetary order created by Bretton Woods II. The sanctions create de facto a new order in which central bank reserves are now worth only as much as the dominant reserve currencies issuing them want to be. What Eswar Prasad called the ‘dollar trap’ has been renamed by Adam Tooze as the ‘euro-dollar trap’. This could have profound long-term consequences.

Indeed, the concomitant US and European Union decision to freeze the assets of the central bank has crippled Russia’s ability to use its foreign exchange reserves to fend off sanctions, support its domestic financial system and meet its international payment obligations.

The Central Bank of Russia holds nearly $630bn of reserves, which were accumulated as a war chest precisely to be able to endure trade and financial sanctions of the sort imposed in 2014-15.

Now, around two-thirds of these reserves held overseas are essentially neutralised. Most of these reserves – in the form of securities, deposits and gold assets – are held in custody outside Russia by investment banks that serve as agents of the Russian central banks. If these assets can’t be used, they severely undermine the CBR’s ability to stabilise its exchange rate and meet its international payment obligations. The monetary gold left in the vaults of the CBR can be sold or placed in repurchase agreements with a friendly central bank that would take the risk of entering such a political trade (probably only the People’s Bank of China or other sovereign funds at this stage).

How much of these reserves are covered by the scope of the sanctions? While Russia has reduced its holdings of dollar reserves to just 7%, the EU holds by far the largest store of reserves, with France and Germany combined at more than 21%, in line with Russia’s holdings of monetary gold. Among friendlier jurisdictions which may allow Russia access to its assets, China holds around 14% (Figure 1). 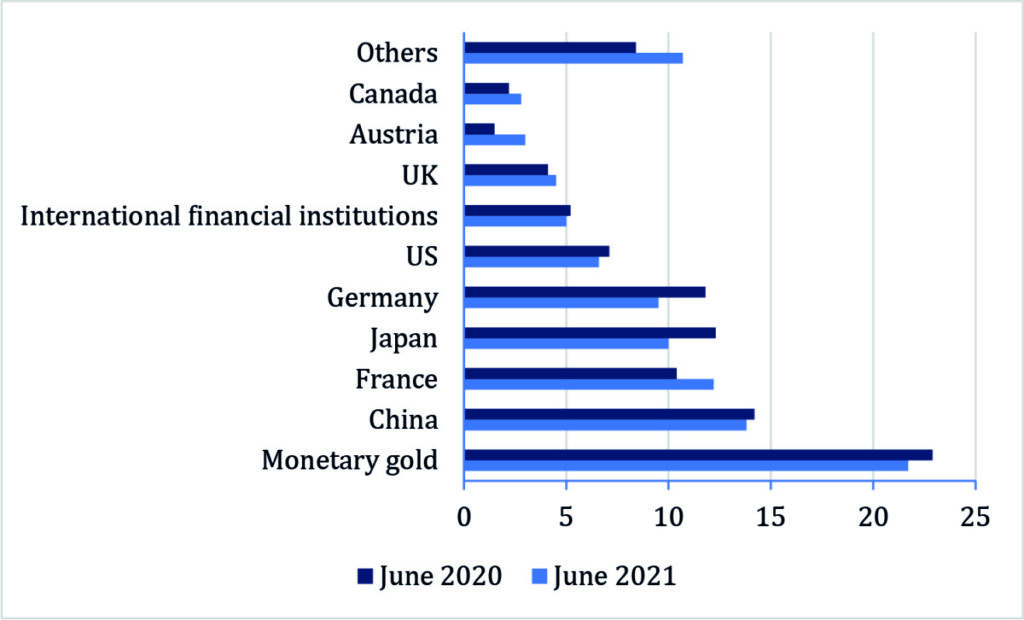 A battle is likely to ensue on the legality of this freeze. The sanctions will have a lower impact if the flow of fresh hard currency proceeds that are coming from current gas and oil sales are reaching record levels to the tune of $20bn per month. This depends on the EU’s ability to limit its reliance on Russian gas or a possible embargo on Russian oil and gas as is currently being considered in Washington and certain European capitals.

It is hard to underestimate the importance of these sanctions on the central bank if properly implemented. It could provoke a domestic financial crisis that would bring Russia to its knees.

Markets will test the firepower of the CBR and its ability to defend the rouble, with potential fire sales for hard currency driving the rouble to levels not seen since the late 1990s. Hard currency shortages could lead to nationwide bank runs that could quickly become systemic, leading to a complete collapse of the banking system and credit creation.

This would result in debt monetisation and a sharp rise in inflation for all imports, particularly luxury goods and technology, which will quickly become unavailable to ordinary Russians.

However, the rest of the world would not be immune from the consequences of this. A complete stop in Russian energy imports would have severe consequences for the European economy and in particular for countries that are almost exclusively reliant on Russian gas for their energy production. A halt in Russian foreign direct investment abroad and more importantly a series of defaults on international Russian debt could weigh on European banks. But Russia would undoubtedly suffer a multi-year recession, deeper and more broad-based than in 2014.

One important lesson to learn from these events is that the international monetary system always trumps the payments system. It was incredible to observe how, in the view of non-experts, Swift was the most powerful and politically expedient way to cut off Russian banking from the international financial system.

Net natural gas importers are well aware of this fundamental tension, which is why they were not prepared to cut off Russia from Swift. They eventually agreed to a ‘targeted and functional’ Swift exclusion, which with the existing carve-outs defeats the whole point of the exclusion. If Sberbank is barred from Swift and can’t transact in dollars with foreign counterparties, but another Russian bank can take the payment and then net it out with Sberbank, the Swift exclusion is useless.

Three fundamental things have happened with this crisis and the response to it: (i) the international monetary non-system, i.e. Bretton Woods II, has proven its limits, but there is no alternative in sight; (ii) the EU has woken up united and determined to increase its military spending and strategic autonomy, which is a turn in world affairs; and (iii) Germany is shellshocked by the Russia it tried to appease for decades and realises it must now break from its energy dependency and undo its network of infrastructure, influence, collusion and corruption patiently built over Vladimir Putin’s 25 year reign.

The sum of these changes is sending shivers through Moscow but also calls for a new European order that is yet to emerge.