China will put its own interests first in relationship with Russia 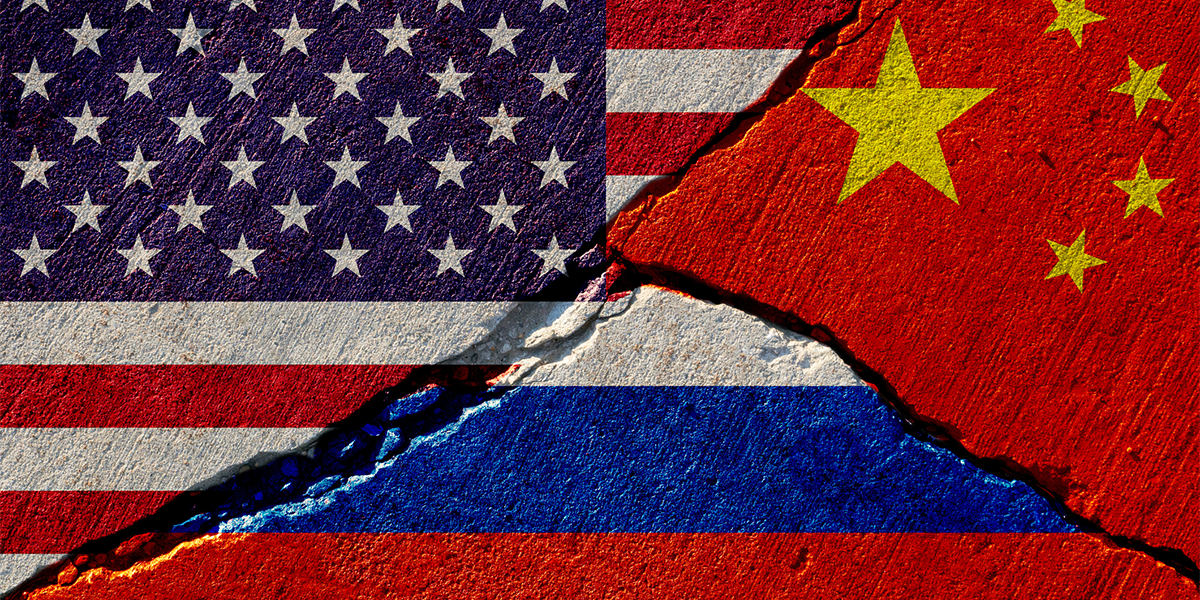 OMFIF advisory council: Beijing constrained by fears of being cut-off from globalisation

China is unlikely to deepen further its strategic alliance with Russia as the result of the war in Ukraine, for fear of suffering removal from the rewards of globalisation. At the same time, China and other countries will be looking closely at the repercussions of the western asset freeze against Russian state interests. This may encourage some countries to move away from the dollar and into assets more secure from seizure.

These assessments were among the results of a meeting of OMFIF’s advisory council on the effects of the conflict in Ukraine.

Tendencies towards asset diversification – already on display well before the 24 February invasion – are inescapable. One side-effect of the asset freezes is that the renminbi as well as the dollar and yen are ‘in play’ as safe havens. ‘Investors may be encouraged to go into other uncorrelated assets such as China’s government bonds and gold,’ said one member. ‘Countries want to escape from the danger of asset freezes.’

The 7 March meeting assembled around 20 members. Majority opinion, on balance, reflected a view that the war and the West’s anti-Russian economic assertiveness would not have a major effect in weakening the western-orientated economic system with the dollar as a lynchpin.

‘I’m not sure whether this will drive the world towards a more bipolar system, with Russia and China on one side. There’s not a lot of support for doing business with Russia,’ opined one council member. ‘No one is on its side. Everyone is against it. Russia and China together don’t make a very effective combination, Russia is only 7% to 10% of the size of the Chinese and American economies. I do not count on China counting on Russia, this may not be in either country’s best interests.’

There was general worry about a fundamental lack of global economic resilience. One more gloomy assessment was: ‘These problems didn’t come from nowhere. The economic and financial system is embedded in other systems such as public health. If you have a problem anywhere, it has effects everywhere. It is worse than the 1970s, then we had energy plus inflation. Now we have the post-pandemic economy, long-term hysteresis, climate change, emerging markets, the need for renewables to replace fossil fuels, big increases in commodity and energy prices. All this will have a big political dimension.’

Members foresaw stagflation. ‘Inflation is back. This initially had nothing to do with the war, but reflected the effects of Covid-19 in limiting supply and then, in the aftermath, driving up consumption of commodities. Energy shortages came on top of this, wage demands will be rising in many countries, globalisation has suffered, supply chains have changed.’

Another member said: ‘The stagflation scenario becomes much more likely. This is an asset allocator’s nightmare, with equities selling off and bond yields rising. Governments require new fiscal measures to protect consumers from higher energy prices.’

A third judged as follows: ‘Inflation is returning, we are back to the 1970s. We will have a long stagflation which could go on for five to 10 years.’

Central banks were likely to continue gradually tightening policy. ‘We are still predicting six Federal Reserve rate hikes this year of 25bp each,’ one member said. However, another stated ‘Financial repression is a strong possibility, as in the US during and after the second world war. We are back to what John Kenneth Galbraith said: the policy choice is between the unpalatable and the disastrous.’

A third member (speaking before the European Central Bank’s decision on 10 March to accelerate withdrawal of monetary stimulus through bond purchases) summed up the position: ‘Despite the war, we still think the ECB will cut back its asset purchase programmes and European interest rates will be zero by the end of the year. Lagarde will want to take action on inflation.’

Find an eight-point summary of the council meeting here.