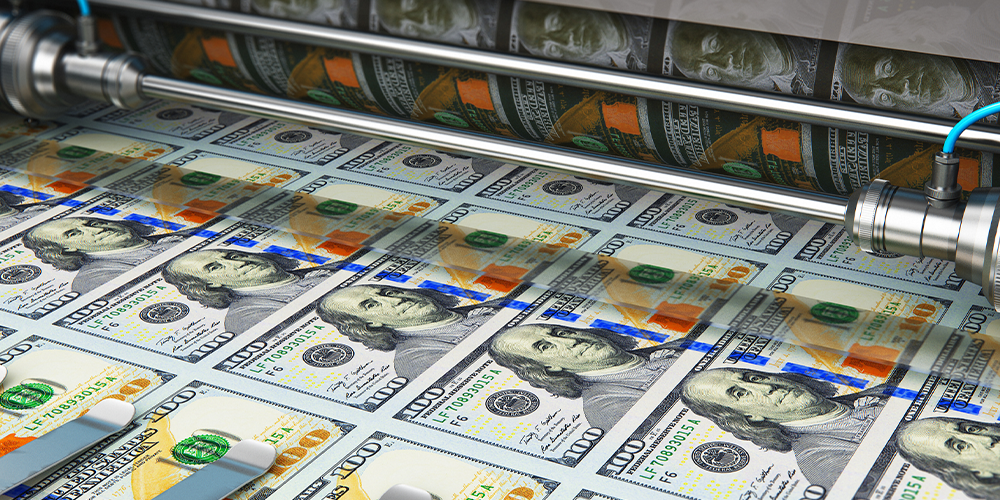 A triple blow of policy tightening, including quantitative tightening, fiscal correction and rate hikes, set against the backdrop of Russia’s invasion of Ukraine, inflation and social disparities will test the two-year-old ‘reflation trade’ put on by many asset managers. Yet, by exacerbating stagflation and jittery stock markets, central banks and governments will hold back from reaching anything close to historical monetary and fiscal policy norms.

Global stimulus has been vital for risk assets and the recovery. The damage to equities in early 2020, prior to fiscal packages, was both outright and relative to ‘safer’ government bonds (Figure 1). This relative hit dwarfed that of 2008-9, reflecting the clamp on bond prices that over a decade of quantitative easing established.

But the relative recovery of equities since the second quarter of 2020 and lower expected volatility have been impressive, returning the equity-bond yield gap to its pre-Covid-19 level. On a forward-earnings basis, it’s even been close to 2007 levels. Much of this must be owed to monetary expansion and the fiscal splurge since 2020. 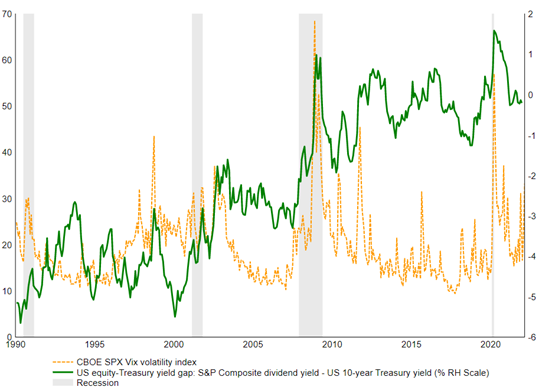 Comparing the Federal Reserve’s balance sheet and the S&P 500 since the start of QE in 2008 yields a simple correlation, as high as 0.88. The relationship is strongest with a 10-week lead, suggesting the S&P, on average, pre-empted QE changes by two to three months. Symmetry for QT suggests a similar pre-emption, though in the opposite direction. On this basis, whittling away the balance sheet via gradually re-investing fewer maturing bonds – which the Fed has been hinting at from March with the European Central Bank somewhat later – would erode an important prop to equity markets.

More potent could be fiscal correction, already flagged in the US and UK. A noticeable difference in 2021 is the strongly positive contribution of stimulus to growth assets; it was negative in 2008. This reflects 2020’s comprehensive approach, as fiscal packages augmented monetary stimulus.

For policy-makers, the test will be the extent to which stimulus withdrawal impedes the real economy. The US unemployment rate, a long-term proxy for global activity, throws up a simple correlation with the S&P 500 of just -0.23 since 1964, revealing a nine-month lead. Restricting this to the period since 2008, when QE kicked in, renders a stronger correlation of -0.83, with the same lead.

The S&P’s estimated price-equity ratio exhibits far more long-term fluctuation than the equity index itself. Comparing this to the unemployment rate similarly offers rising correlations of -0.55 and -0.71, for 1964-2022 and 2008-22 respectively, with an eight-month lead.

This is even with the short-term relationship breaking down in 2020, as US job losses reached eye-watering levels. However, the ability of the S&P’s price-equity ratio to scale new heights during 2020, before Covid-19 vaccines were available, suggested that record stimulus was sufficient to reassure markets that recession and job losses would prove temporary. 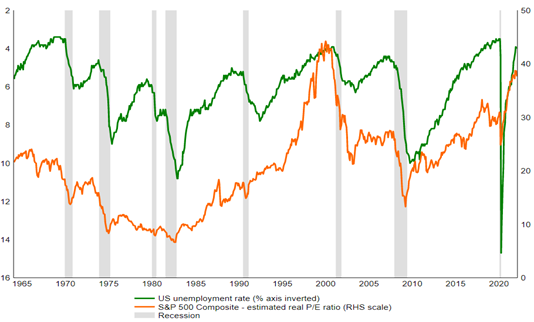 Source: Refinitiv Datastream, based on US Bureau of Labor Statistics data

This highlights that the importance of employment as a demand-indicator for risk assets has risen over time, as labour markets became less regulated. Furthermore, shifts in these assets typically pre-empt changes in QE – and presumably in QT – by up to three months. In employment it is by up to nine months. Hopes of sustaining the recovery and maintaining the reflation trade would, even without the Russian invasion of Ukraine, rest on further job gains. Failing that, more stimulus, especially fiscal, would be required.

Yet the reverse is more likely. Policy-makers are talking ‘correction’ and hopes of reflationary wage growth may be trampled if liquidity and stimulus dry up. This suggests QT, less accommodative fiscal positions and the realisation that the best of the jobs recovery may have passed could, without offsetting measures, test growth assets – even if the Russo-Ukrainian war is resolved quickly.