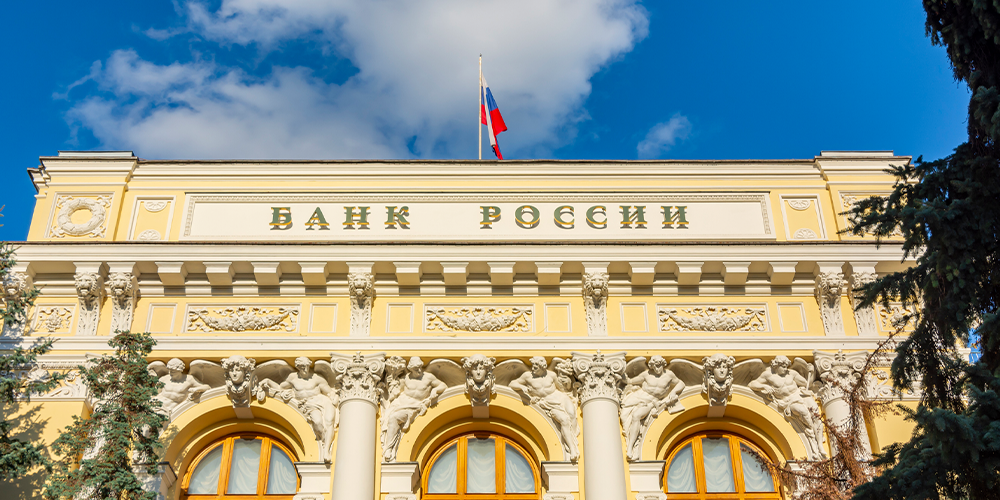 Weaponisation of payments system only possible once

Removing Russian participants from Swift and the dollar payments network will deal a powerful blow to Russia’s economy, but the power of the measure may soon start to wane as cross-border CBDC networks become an urgent priority.

Russia’s invasion of Ukraine has triggered a wave of sanctions on individuals and financial institutions from the West. The traditional hallmarks are there — restrictions on purchases of Russian debt, trading restrictions — as well as some new ones, like asset freezes on central bank foreign exchange reserves.

The decision to lock (most) Russian institutions out of Swift was a contentious one but something of a red herring. In and of itself, Swift is not a payments network. It simply carries the messages used to describe payments. That means that Russia can use other messaging services to send payments, although these are slow or not well-used and many of their counterparties will be unwilling to deal with them because of other sanctions.

In fact, the far more powerful move, as the US is doing, is to block Russian banks from the Federal Reserve’s clearing service, shutting them out of payment rails. That means that alternative payment messaging systems like China’s Cross-Border International Payment System or Russia’s System for Transfer of Financial Messages won’t allow Russian counterparties to clear dollar transactions.

The power of this move is only undercut by the carved-out exemptions for energy, since without Russian exports, gas prices around the world would skyrocket — an eventuality that western authorities grappling with inflation are keen to avoid.

Even though these sanctions will not come into force until 26 March, they have already exacted a heavy toll on Russian asset prices.

Russia, along with China, has been attempting to reduce its reliance on the dollar, both in payments and in debt markets, but international trade is extremely difficult without access to the greenback. Only the largest currencies have liquid cross-currency swap markets with their most frequent pairs. Everyone else takes a route through the dollar.

But the power of these sanctions as an economic weapon will not last for ever. Cross-border central bank digital currency networks are in development across Asia (like the mCBDC Bridge, which involves Thailand, Hong Kong, China and the United Arab Emirates). Russia’s central bank is working on a digital rouble and Governor Elvira Nabiullina has expressed interest in its value as a means of facilitating cross-border payments, particularly with China.

Cryptocurrencies and stablecoins might also provide an avenue, although for the moment, the scale of Russian exports would be daunting for the market. While Russian institutions can be shut out of exchanges, the ability to transact on a peer-to-peer basis makes it a viable alternative to western-controlled payment mechanisms.

Expect western authorities to step up their policing of the off-ramps from cryptocurrencies to fiat currency in an effort to stymie this route around sanctions.

The digital yuan could also be pressed into service. It is widely usable within China and is likely to be accepted by anyone with costs or liabilities in China. Even dollar stablecoins, which are growing in scale and importance, could help form the backbone of a payments network that cannot be curtailed by revoking access to Swift or the Fed’s clearing system. There is no evidence that China intends to help Russian businesses circumvent sanctions — they are likely to face their own sanctions if they do — but if the dollar payments network is becoming a tool of foreign policy, it adds a new sense of urgency for some to develop an alternative. A broad range of countries might flock to participate in the development of a payments network that is free from western political influence.

Weaponising the payments network is likely to be useful only once. As soon as it has been, it will become a matter of urgent national security to develop means of trading without settling at the Fed or messaging via Swift.

CBDC development has been proceeding with a stately and prudent concern hitherto, but that could change very quickly.

The West will still be able to forbid banks from trading with sanctioned counterparties, but key trading partners may decide to do so anyway. Network effects matter for trading blocs, so too much fragmentation is bad for business. The result may well be a split — the US and Europe on one side and a Sino-Russian alternative on the other. As serious challengers emerge to Swift’s platform and the Fed’s clearing networks, the threat of prohibiting access will lose its sting.