Crisis may push European central banks to favour US reserves 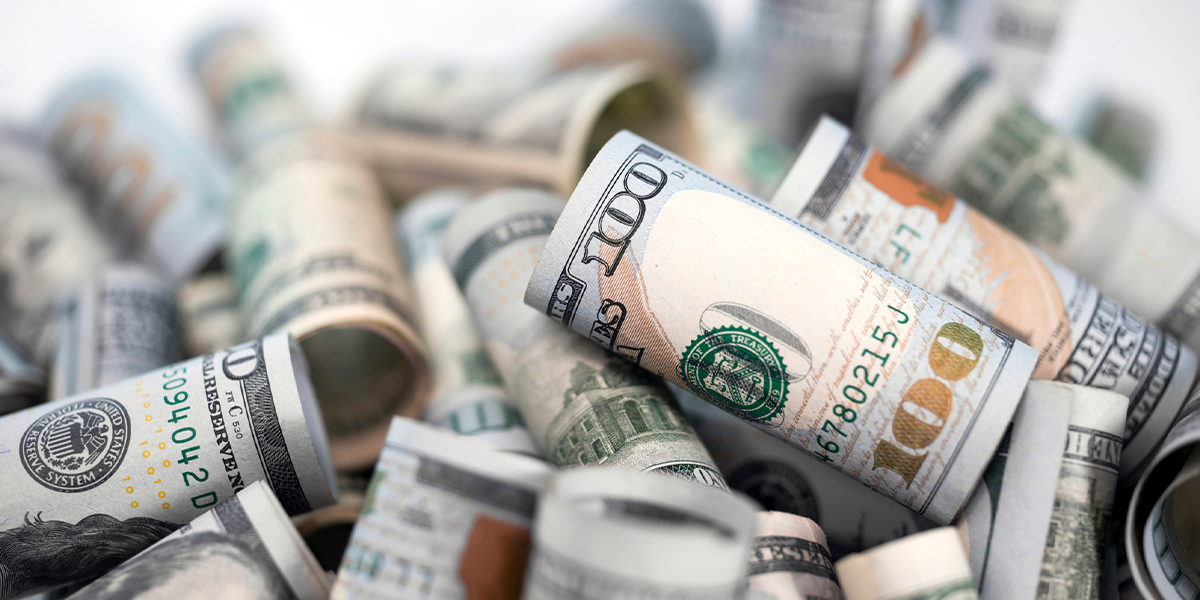 Developments in the Russo-Ukrainian war are spurring a review of priorities among central banks. Amid the humanitarian crisis and accompanying sanctions on Russia, reserves managers are not only reconsidering their growth outlook and inflation expectations, they are also reconsidering their willingness to orientate their portfolios around European assets, bonds and currencies.

OMFIF hosted a seminar with central bank reserves managers, who were asked about how they were managing their portfolios in a rapidly changing macroeconomic landscape. The panel – featuring Gioia Cellai, head of market operations at the Bank of Italy, Juliusz Jablecki, head of risk management and strategic allocation at the National Bank of Poland, and Carl Melendres, head of reserves management, Bangko Sentral ng Pilipinas – spoke at length about how both the Covid-19 and Ukraine crises have upended central banks’ inflation expectations and willingness to enact a contractionary response.

These central banks have adopted varied philosophies on how to invest their reserves. The National Bank of Poland holds a medium-sized reserve of roughly $150bn, 87% of which is included in investment portfolios and diversified between seven currencies, including dollar, euro, sterling and the Canadian dollar. The Bank of Italy, by contrast, holds around 69% of its reserves in gold, while the BSP places most of its $108bn reserves into dollars and gold.

Despite these varied reserves portfolios, there was a unifying mood among the panel which spoke to both significant uncertainty and caution about hasty monetary interventions.

Prior to the Russian invasion, there was a growing sense that central banks around the world would increase interest rates, ending 14 years of cratered post-2008 financial crisis policy rates. As Jablecki summarised, there was a ‘general story that interest rates were so low for so long that they were no longer consistent with principles of capital preservation.’ Banks began steadily moving into equities in part as an attempt to ‘improve the risk and return outlook.’

Covid-19 caused a dramatic shift in this macroeconomic environment. The pandemic transfigured a calm environment of low volatility, low interest rates with positive returns and predictable monetary policies into one with higher and stickier inflation, more volatility, less liquidity and less certainty.

In response to this uncertainty, all three members of the panel emphasised that their goals were to be ‘nimble long-term investors’. Or as Cellai put it, they are ‘oriented to the long term, but also focused on mitigating risk in short-term developments and capturing possible opportunities.’ Jablecki commented that ‘While we are experiencing transitory valuations shocks that are not pleasant… we needn’t worry too much about these valuation changes’ because the National Bank of Poland is a long-term investor.

The Ukraine crisis, however, has been a particularly troubling macroeconomic event. Despite their emphasis on a long-term orientation, the panel agreed that this was a challenging time for central banks. The rise of energy costs and inflation is a reality for millions of individuals and families, and recent reporting has shown that this spike is likely to outpace wage growth, particularly in lower-income occupations. At the same time, the Ukraine crisis and sanctions will limit countries’ growth prospects. And although Melendres pointed out that ‘there are too many uncertainties now’ to predict the future, the prospect of stagflation is not at all unlikely. Both Jablecki and Cellai were particularly pessimistic about the growth prospects in the aftermath of the Ukraine crisis.

Amid this macroeconomic fog, there was a general expectation on the panel that the US Federal Reserve would be proceeding with its planned shift towards a ‘normal’ and higher policy rate. The swiftness and nature of these planned increases might be tempered, but the panel uniformly believed that the era of extremely low US interest rates would be over, for now.

The outlook for European central banks, however, appears to be very different. As Jablecki explained, ‘The growth picture is going to be very heterogenous.’ US equity markets and corporates are heading in a much better direction than their European counterparts. Much of this is a consequence of Europe’s reliance on energy exports from Russia, which has made it particularly vulnerable to the crisis. And the resulting heterogeneity is why, as the US Fed seems poised to increase interest rates, we should not expect the same behaviour from the European Central Bank.

What does this mean for reserves portfolios? When asked about the prospect of increasing their exposure to US financial markets and the dollar, Jablecki laconically answered: ‘Strategically no, tactically yes.’ As he explained, central banks’ emphasis on long-term stability means that they are unlikely to significantly divert from their long-term strategies. And holding euros is an important way for European banks to diversify against the dollar. Despite this, these crises may encourage a greater shift towards the US in portfolios.

The result of such a strategy may, at least for some time, lead to significant shifts in the geography of stability, trust and power within the global financial system, leaving gold – already a bedrock of central bank reserves – as king proxy for inflation and difficult times ahead.

So, has the Russo-Ukrainian war led to a paradigm shift? Yes and no, in that it may be sharpening the stagflationary forces already in place.