Financial markets will keep betting against the euro 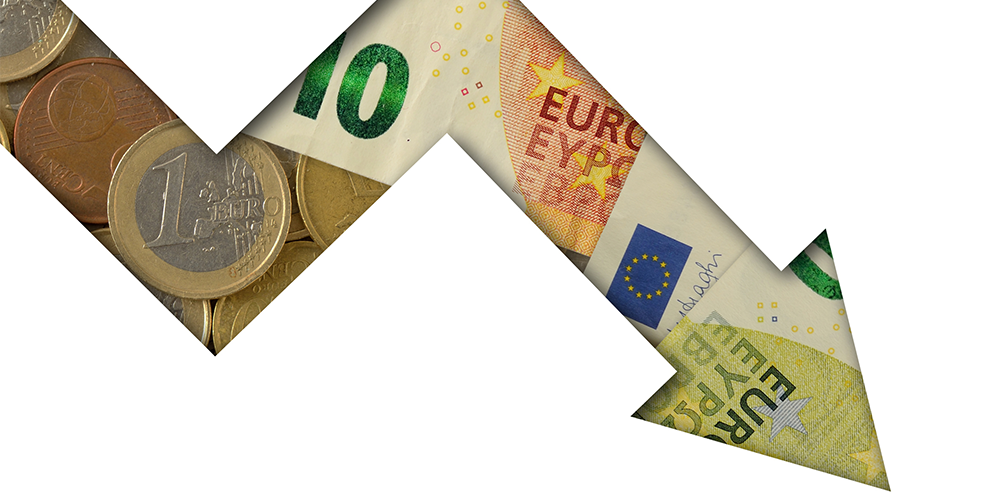 What’s wrong with the euro? Again and again, we end up discussing its instability and the relentless attempts by financial markets to challenge its existence by betting against the government bond markets of peripheral member countries.

It is happening again as interest rates start to rise, putting pressure on risk premia. And again, the European Central Bank will have to step in and announce yet another tool to counteract market fragmentation.

Some may say there is scepticism about a currency with no single budgetary policy, a plethora of institutional arrangements and committees, many presidents and no political unity. Several economists still believe that the experiment to integrate different nations with diverse languages, cultures and economic structures is doomed to fail. This is despite reiterated political intention to maintain the unity of the euro, no matter the cost.

Some point out the lack of strong political commitment to integration, despite welcome solidarity during the pandemic. For instance, euro area policy-makers have been discussing the banking union’s final steps over the past 10 years and have yet to reach agreement.

Others point to the irresponsible fiscal behaviour of some euro area peripheral countries and that some degree of instability is the inevitable price to maintain fiscal discipline and avoid moral hazards.

There is, instead, a much simpler explanation.

Trying to get higher returns always implies higher risks. An option-like product allows the possibility of higher returns while limiting potential losses, but investors usually have to pay a premium for this pay-out feature. Not in the euro area.

The yield spread between core and peripheral government bonds behaves like an option, and there is no premium to pay (leaving aside the negative carry, which makes market timing of the essence).

Moreover, contrary to emerging market bonds or similarly risky products, there is plenty of liquidity. The Italian bond market serves as the bellwether for the whole periphery. Even under the stress of the sovereign debt crisis in 2011-12, it continued to function well and provided investors with the much-needed liquidity for their option-like strategies.

If need be, policy-makers are willing to provide last resort liquidity. In 2011, when spreads were under pressure, the ECB used the securities markets programme to restore an appropriate functioning of monetary policy transmission. The SMP was a sterilised intervention to address the difficulties of ‘certain financial market segments to absorb transactions without much effect on prices’. It was conditional and temporary. In other words, it was like saying to investors, hurry up while it lasts.

With the potentially unlimited intervention assured by the outright monetary transactions and then of the various ECB asset purchase programmes, spreads have declined since 2012. But political tensions and other events produced recurring spikes in the spreads. This was the case when a maverick government took office in Greece in 2015 and when an anti-establishment government was formed in Italy in 2018. Such behaviour strengthens the optionality feature of betting against the periphery. If the timing is right, there is always a potential for oversized returns without paying an option premium or committing much capital.

Market discipline is a necessary mechanism, especially if complex and articulated fiscal rules have not been effective in preventing budgetary misbehaviour. But there must be a better way. Many possible solutions have been put forward in the past, but ultimately it is about completing the unfinished job of the current fragile economic and financial integration.

When I was with the Italian Treasury, I had an enthralling exchange with the chief economist of a primary US fund on the institutional setting of the euro. Suddenly, he stood up, pointing his finger at me and saying, ‘You have created a monster!’

The euro is not a monster. On the contrary, it is the best experiment to achieve peaceful economic and, at some point, political integration among different sovereign nations to enhance citizens’ welfare. Unfortunately, embedded into a well-aimed project is a hidden and monstrous mechanism that fabricates instability.

On 21 July, the ECB will unveil a new tool to reduce or limit market fragmentation. There are many expectations as well as significant uncertainty about its features and potential effectiveness. At any rate, it will be yet another sticking plaster.

One prediction is safe: no matter how effective it may appear to be, financial markets will bet again against the euro at some point.

Lorenzo Codogno is Visiting Professor in Practice at the London School of Economics, and Founder and Chief Economist of LC Macro Advisors.