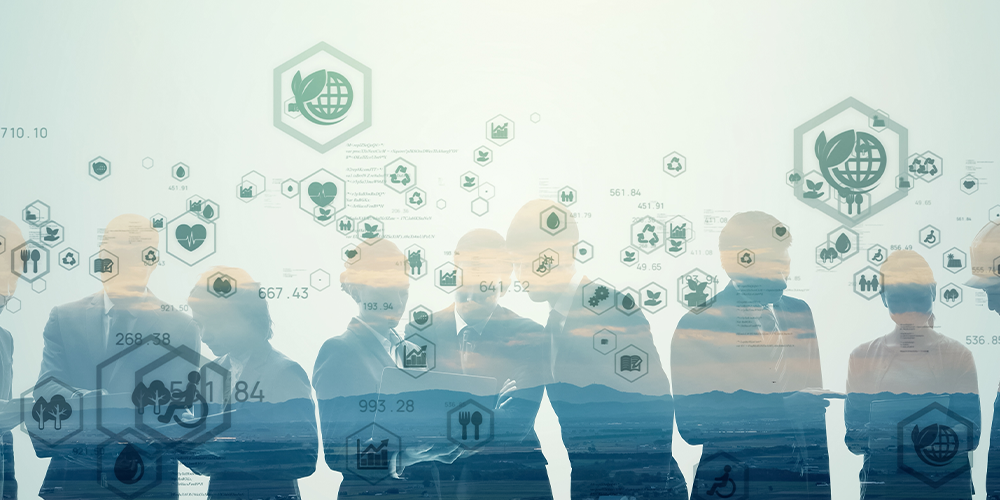 With global volatility and rising yields making it hard for emerging market sovereigns to access international markets, now would be a good time for African borrowers to progress their plans to launch green, social and sustainable issuance programmes, according to a recent OMFIF workshop.

In the first half of this year, only two African sovereigns have accessed the international market: Nigeria and Angola. Since then, the intensification of the Federal Reserve’s broadside against inflation has pushed yields on emerging market debt higher, effectively closing the primary market. ‘A rule of thumb is that when yields cross the 10% level, the window for new issuance is slammed,’ said an investor at the workshop on promoting sovereign sustainable bond issuance in Africa. According to data provider Tellimer, yields on the debt of 22 countries (excluding those in default) had risen above this threshold by the end of May.

The workshop was attended by more than 70 officials from African ministries of finance, debt management offices and central banks. It was organised by OMFIF in partnership with the African Development Bank and with the support of Moody’s, Société Générale and Absa. The discussions included insight from a number of sovereign borrowers that have previously issued GSS bonds.

In response to their restricted access to international markets, African sovereigns have been refocusing on opportunities in their local capital markets and exploring alternative sources of funding overseas. These have ranged from niche areas of the capital market such as samurai bonds, to syndicated loans and facilities from national and multinational development financial institutions.

Another potential alternative would be the market for GSS bonds, which was highly accommodative to sovereigns from emerging economies in 2021. Last year, according to numbers recently released by Amundi and the International Finance Corporation, GSS issuance from emerging markets almost tripled, reaching $159bn.

Africa still accounts for no more than 1% of global green bond issuance. This is a disappointingly low share, given the magnitude of Africa’s need for sustainable finance.

It is also surprisingly modest, given that borrowers at June’s workshop reported that their experience of accessing the GSS market had been uniformly positive. One said that when her country issued its debut green bond, robust demand from new investors as well as from those who had previously bought the credit in conventional format had allowed the borrower to increase the size of the transaction.

It also enabled the sovereign to price its green issue inside initial price guidance. This, she added, proved that borrowers engaging with investors in the GSS market are able to command a so-called greenium – shorthand for a discount to their curve in conventional markets.

This pricing advantage is entirely warranted, said a panellist from a developed market DMO which has recently issued a debut green bond, about a fifth of which was placed with new investors. ‘Investors in GSS bonds are privileged to be provided with detailed allocation and ongoing impact reports,’ he said. He added that the preparatory work for his country’s green issue took eight to nine months of hard work from more than 50 people. These incremental resources, he suggested, justified the greenium commanded by this borrower.

But investors warned that the demonstrable strength of international demand still won’t be enough to tip the pricing scales in favour of African GSS issuance in today’s hostile rates environment. ‘You might be able to shave a few basis points off the price of a new issue,’ said one. ‘But that’s not going to make much difference if your benchmark bonds are yielding 14% in the secondary market.’

Bankers at the workshop were adamant that neither the unfavourable funding conditions in the international market nor the weakness of regional demand should deter African sovereigns from embracing opportunities in the GSS market. Quite the reverse. As one banker said, ‘Because the issuance window is closed, this is an opportune time for sovereign borrowers to develop green or sustainable bond frameworks. This is a process that takes a lot of time and requires considerable collaboration between issuers, advisers and investors.’

Investors echoed this view, advising that even if borrowers have no immediate funding plans, they should maintain their engagement with existing investors and initiate relationships with new ones. ‘The reality is that all too often we have only been approached by African sovereigns when they want to issue,’ said an investor at the workshop. ‘I’d urge them to communicate with us more regularly. This will be beneficial over the longer term, because the more transparent they are, the better their pricing will be.’

While this advice is applicable across the entire bond market, it is especially relevant in an asset class still in its formative stages, as GSS bonds are. ‘The market has developed quickly,’ said the head of sovereign advisory at a European bank. ‘But its development has been chaotic, which means it is still a market under construction.’

The consequence, this banker added, is that investors are likely to demand increasingly irreproachable standards of transparency and to become pickier about use of proceeds. ‘Investors will scrutinise programmes more closely, digging deeper into what is included in a labelled bond,’ he predicted.

One funding official cautioned, ‘With a thematic bond you have to coordinate the gathering of technical data among several ministries, which is a time-consuming and challenging process. So, my advice to other sovereigns looking at the GSS market would be to arrange early-stage workshops with other ministries.’

Another believed that identifying eligible projects for use of proceeds can be the hardest part of the issuance process. But the issuers and investors were aligned in thinking that the effort is worthwhile for several reasons beyond the environmental and social impact. Other benefits encompass reduced funding costs, the diversification of investor demand, the enforced governance GSS issuance encourages and – in an ideal world – the pricing and best practice benchmarks it establishes for other borrowers.