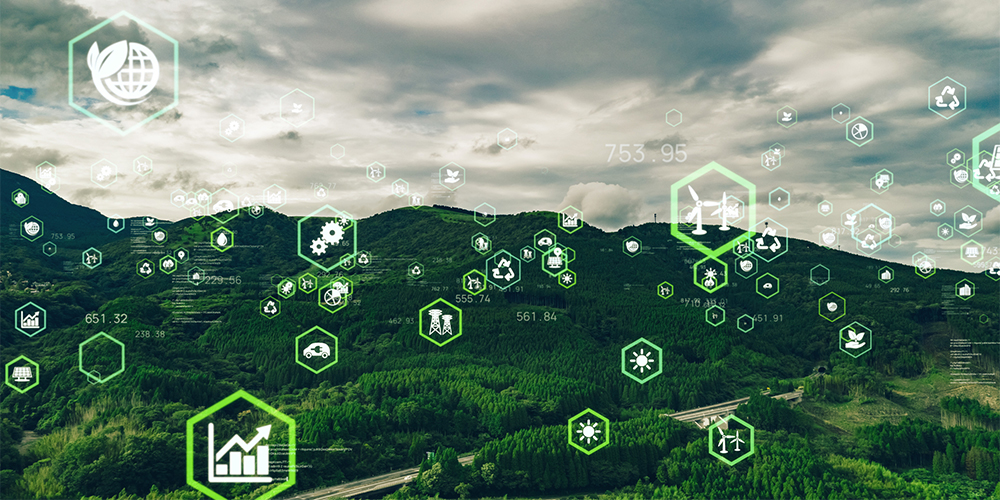 Following record issuance volumes in excess of $1tn in 2021, the global market for green, social and sustainable bonds is forecast to increase further in 2022. In his introductory comments at OMFIF’s 20 January meeting on the outlook for European sovereign borrowing in 2022, Frank Scheidig, DZ BANK’s global head of senior executive banking, said that he expected sustainable bond issuance to rise by between 30% and 50% this year.

While the continued expansion of this market seems to be assured, there was a lively debate among participants at the OMFIF meeting over the pricing of GSS transactions. The strength of investor demand for exposure in this sector has increasingly allowed borrowers to price new issues inside their yield curves.

Gert Jan Koopman, director general, budget, European Commission, said that he does not expect this ‘greenium’ to be eroded. ‘The greenium in secondary markets has increased significantly,’ he said. ‘My expectation is that the shift in the investment community towards ESG [environmental, social and governance] is now so strong that relative pricing is unlikely to change much compared to where we are today.’

This implies that Next Generation EU, which plans to issue as much as €250bn in green bonds by the end of 2026, will continue to generate substantial savings in this market. ‘But I want to underline that the aim of our green bond programme is not to save a few basis points,’ Koopman added. ‘We see this as part of our diversification strategy. Although the greenium is nice to have, we would not be concerned if it were to be reduced over time.’

Dimitris Tsakonas, general director of Greece’s Public Debt Management Agency, was equally eager to play down the pricing advantage as motivation for accessing the green bond market. The PDMA plans to complete its green bond framework by the end of the first half of 2022, with a view to launching its maiden issue in late 2022 or early 2023. The principal objectives, according to Tsakonas, are to strengthen Greece’s brand name in the capital market and broaden its investor base, with potential cost savings a third consideration.

Christian Wellner, head of strategy at Germany’s Finanzagentur, which launched its first green bond in September 2020, had a slightly different perspective on pricing. He disagreed with Koopman, saying that the competitive costs of funding were a ‘key point’ in the German debt management office’s green federal bond programme. Given the size of the sustainable transition facing all governments, Wellner said that if Germany could shave a few basis points from funding costs which are already exceptionally low, this could act as an important benchmark for other issuers.

Wellner was eager to add that this should not indicate that other sovereign borrowers need to cut and paste the twin bond structure pioneered by the Finanzagentur in the sustainable bond market. But he re-emphasised his belief that by enhancing secondary market transparency, the twin bond format provided added value for borrowers at the primary level.

Other panellists agreed that as sovereign issuance had played an essential part in injecting liquidity into the green bond market and strengthening its credibility, any initiatives encouraging more European governments to access the market should be welcomed. Elvira Eurlings, director of the Dutch State Treasury Agency, recalled that when she was roadshowing the Netherlands’ inaugural green bond in 2019, several fund managers said that rising sovereign issuance would support fund-raising for impact funds.

A legitimate reason some borrowers have given in support of the greenium is that the costs of issuance in the green bond sector are often higher than they are for conventional bonds with comparable sizes and maturities. Davide Iacovoni, director general of public debt management at the Italian treasury, said that the costs of issuance and the ‘burdensome’ process of pre- and post-issuance reporting should not be underestimated. But he added that much of this cost was counterbalanced by less quantifiable factors which he described as positive externalities. These include the incentives generated by green issuance to improve transparency of reporting and strengthen internal communications on government expenditure.

Eurlings concurred about the ancillary benefits of green issuance. ‘Our experience in the Netherlands is that our green bond issuance programme led us to produce far more impact indicators than we had in the past,’ she said. ‘Historically, we had never been transparent on the avoidance of carbon dioxide emissions generated by investment in railways, for example.’

The historical balance between pricing and the less quantifiable benefits of green issuance was perhaps best summarised by Eila Kreivi, who is taking up a take up a new position as the European Investment Bank’s chief sustainable finance adviser after 10 years as its head of capital markets. ‘When we launched our first green bond 15 years ago, we had no preconceived ideas about pricing,’ she said. ‘The number one priority was to make the investment in the green transition. How you finance it is secondary.’

Since the launch of the EIB’s first climate awareness bonds in 2007, a multicoloured range of sustainable bonds has added depth and liquidity to the market. But Iacovoni, for one, believed the emergence of varieties such as social bonds may have overcomplicated green finance for sovereign borrowers. ‘I’m not completely convinced that we need so many types of bonds, which from a pure debt management perspective create market fragmentation,’ he said. ‘In Italy, we have annual current expenditure of €850bn-€900bn per year, more than half of which is accounted for by social expenditure.’ This, he said, means that standard Italian BTPs by definition fulfil much the same role as social bonds.

Bryn Jones, head of fixed income at Rathbones, took issue with the suggestion that sovereign social bonds generate unnecessary fragmentation in the market. He argued that expenditure on defence, for example, invalidates the argument that government bonds are always ESG-compliant investments. ‘I’m not picking on Italy because the same is true for the UK,’ he said. ‘We can’t fund weapons, war or nuclear power, so we don’t invest in gilts because they don’t fulfil our green credentials.’