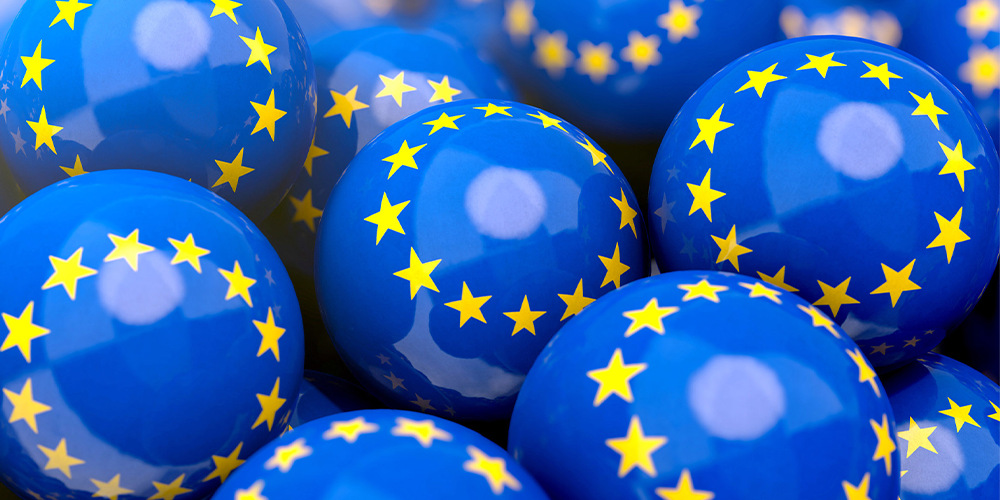 At the second annual conference hosted by OMFIF and AFME on the financial integration of Europe, José Antonio García Cantera, chief financial officer of Santander, illustrated the hidden cost of stasis in banking union. Efforts to unlock a European Union-wide bank deposit insurance scheme had failed again the week before, meaning capital and liquidity regulations still apply nationally, standing in the way of ‘branchification’ for pan-European banks.

However, the resolution and supervision mechanisms for banking have improved since the euro crisis. Policy-makers are beavering away to remove obstacles to capital markets union, such as national variations in bankruptcy processes. This sits in a complex macroeconomic and geopolitical backdrop which will test the European Central Bank and the European economy.

The conference brought together representatives from the European Commission and ECB, finance ministries from across Europe and CFOs from UniCredit, Santander, Société Générale and BNY Mellon. The concept of integration in Europe was put under the spotlight, and panellists examined the confluence of economy, policy and markets. Björn Storim, CEO of BNY Mellon SA/NV, set the scene, acknowledging the desperate need for a functioning capital markets union to allow Europe to rise to the challenges of climate change, move away from dependency on Russian gas and effectively regulate cryptocurrencies.

The discussion asked probing questions of the panellists. Does Europe have the required structures for an integrated capital markets union and banking union? Will it ever? How does Europe grow without this, and can the desired European banking champions be realised? The line from the banks was no – not under the current architecture. Policy makers took a different stance: we will work with what we have and there is hope. The key to unlocking potential may be right around the corner, but the corner is guarded by the lion of risk sharing.

Andrea Orcel, CEO of UniCredit, urged that without a banking union the road to a stronger finance bloc in Europe is a narrow one. He said that UniCredit cannot act on new cross-border merger and acquisitions in Europe under the current architecture. Orcel lamented that technological innovation was the only thing he could do to improve his European business, as the regulatory environment is not yet capable of facilitating capital and liquidity, leaving UniCredit at a disadvantage compared to US banks in their domestic market.

With banking union at an impasse, with red lines that Italy and Germany will not cross, talks have all but ended. Delivering banking union is, according to the banking panellists, the key to unlocking potential across Europe. Claire Dumas, CFO of Société Générale, said that ‘as long as local regulation applies you will not have consolidation in the European banking sector.’

Agnès Benassy-Quere, chief economist at the French Treasury, spoke on how to finance growth. She emphasised that ‘banking union is very difficult and hardly visible. You need a microscope to find it. But the story on the capital markets union is more positive, which paves the way for more investment into SMEs in a pan-European way.’

Presenting the huge challenge faced by the EU, Mame-Fatou Diagne, head of division at the Organisation for Economic Co-operation and Development, highlighted that ‘following a strong rebound in 2021, real GDP is projected to grow by 2.6% in 2022 and 1.6% in 2023 and headwinds will contribute to pushing inflation up further, to a projected 7% this year.’ Marco Buti director-general for economic and financial affairs at the European Commission, also supported the prudent view that Europe is facing ‘a longer lasting shock which will mean a continued need for fiscal support.’ These forces put Europe in a precarious position as the current structures are not fit to deal with them.

Philipp Hartman, deputy director general at the ECB, touched on the structural changes from the European institutions following Covid-19, the introduction of the pandemic emergency purchasing programme and NGEU (Figure 1). He showcased that integration has been furthered at these points of crisis, provoking response from European institutions. Hartmann argued that ‘the NGEU provides a historical opportunity to better develop European risk capital markets,’ but the bankers who spoke at the conference believed this does not go far enough.

Figure 1. Financial integration and structure in the euro area 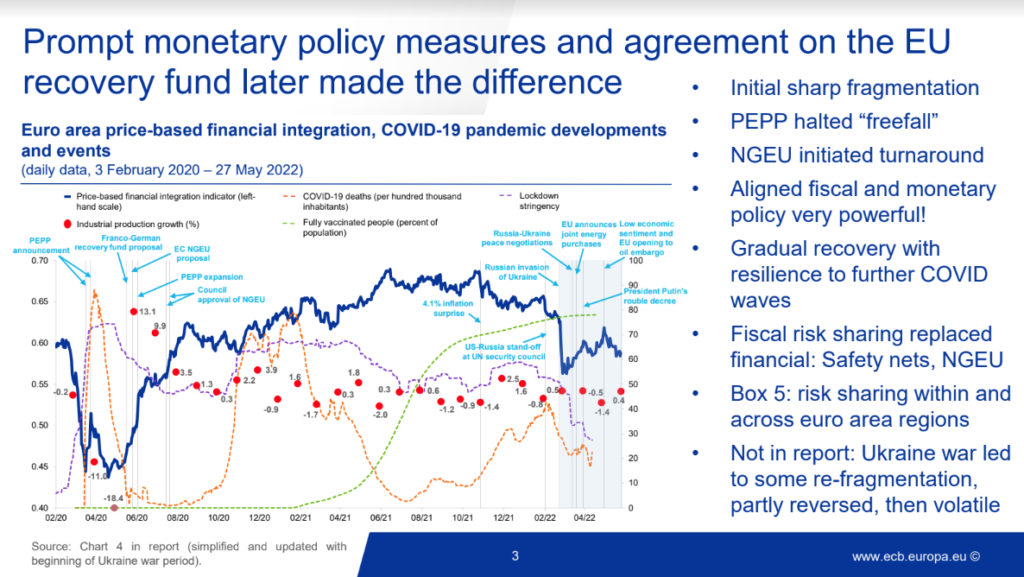 The conference ended with Mario Centeno, governor of the Central Bank of Portugal, stating that he would ‘prefer a faster pace,’ but he pointed to the US ‘where it took more than 70 years to achieve a deposit insurance scheme.’ However, this was in the 1930s and the US was facing a great depression. Hopefully Europe will not be forced to find a way around the corner due to its own recession but rather establish a banking union before the next crisis hits.