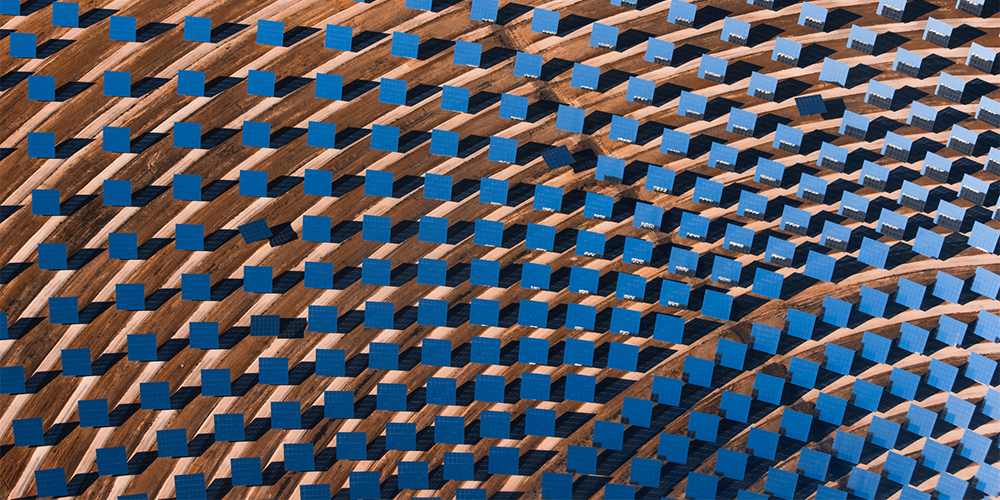 The crisis in Ukraine has exposed fault lines in the energy sovereignty of almost every country in the western world. Dependency on Russian fossil fuel has reinforced the urgency of diversifying away from oil and gas and into renewable energy sources. The US and Canada have announced bans on Russian oil with immediate effect, while the UK plans to phase it out by the end of 2022. In Europe, where reliance on Russian oil and gas is heavier, measures have been introduced to ensure independence from Russian energy by 2030.

Russia is the third largest oil and largest gas exporter in the world. Weaning the West off Russian energy sources brings enormous challenges.

First, the renewable infrastructure of most countries is not advanced or well-funded enough to make an immediate switch to clean energy. In the meantime, governments must find alternative sources of energy from closer to home. This could lead to a temporary increase in the use of coal while demand for oil and gas skyrockets further, adding to the burden of high energy prices.

This will have a detrimental impact on global net zero goals as governments prioritise quick fixes to meet demand. In a bid to tackle rising prices, the International Environmental Agency published its ’10-Point Plan to Cut Oil Use’. The report lays out recommendations for lessening the financial burden of consumers and lowering oil demand by ‘2.7m barrels a day within four months.’ However, while these measures will help to reduce dependence on Russian energy, it places the onus for change on the individual, when governments and international agencies should be leading the transition.

Second, diversifying away from Russian fossil fuels into oil and gas from other countries does nothing to tackle the fundamental issue of energy security. In March, UK Prime Minister Boris Johnson travelled to Saudi Arabia, the world’s second largest oil producer, to negotiate imports. Exchanging one country internationally condemned for human rights violations for another just puts a new face on the same problem.

Meeting energy demand by diversifying away from fossil fuels eases the concerns over energy security. European Commission President Ursula von der Leyen said: ‘The quicker we switch to renewables and hydrogen, combined with more energy efficiency, the quicker we will be truly independent and master our energy system.’

In March, the Commission announced proposals for its REPowerEU plan. It aims to ‘make Europe independent from Russian fossil fuels well before 2030, starting with gas.’ The plan outlines measures to diversify gas supplies, replenish gas stocks for next winter and combat rising energy prices. This will ‘reduce EU demand for Russian gas by two-thirds before the end of the year.’

In mid-March, the US and European Union signed a major deal to reduce European dependence on Russia still further. The US has agreed to provide, along with other international partners, an additional 15bn cubic metres of liquified natural gas on top of the 22bn provided last year. Canada has also pledged to export an extra 200,000 barrels of oil. However, pipelines in North America are already running at nearly full capacity and the time it would take to establish new pipelines would be far too long to have any meaningful impact on short-term needs.

In the UK, the Oil and Gas Authority (recently rebranded as the North Sea Transition Authority) is planning to approve six new drilling sites, which would produce around 420m barrels of oil. However, once a source of oil or gas has been discovered, it takes approximately 28 years to be able to start using the fuel. This means that new fields established in 2022 will not start producing oil and gas until 2050.

Furthermore, critics have protested that the six new fields would produce an estimated 205m tonnes of carbon dioxide emissions – the equivalent to almost half of the UK’s annual total. How does this align with the UK government’s ambitions for net zero by 2050? And how does this help with energy bills in the short term?

To plug the energy hole with more fossil fuels is to kick the problem further down the road. It’s clear that the safest way to ensure energy sovereignty, meet consumer demand and prevent climate collapse is to prioritise renewable energy sources. Ploughing more funds into fuels that are incompatible with sustainable goals will only prolong the threat to security.

While climate concerns may not have been enough in recent years to convince some governments to transition away from carbon-intensive energy, perhaps the threat to sovereignty will be.