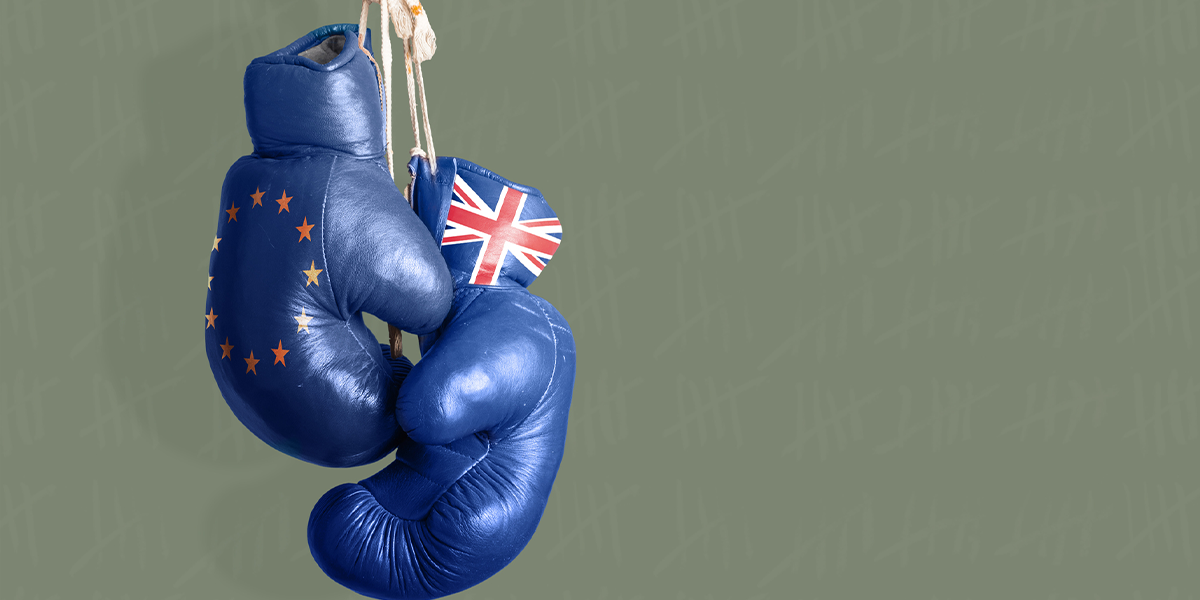 Boris Johnson may have wished the war in Ukraine would repair his tarnished credentials as British prime minister. Despite his strong support of President Volodymyr Zelensky in Ukraine’s resistance to Vladimir Putin’s murderous aggression, the reality is likely to turn out differently. Important background to the drama is delivered in a meticulous book by Christopher Tugendhat on the travails of the British Conservatives during 75 years of sparring on the make-up of post-war Europe.

Tugendhat is a former vice president of the European Commission and Conservative member of parliament on the pro-European wing of the party. He now sits in the House of Lords and is a member of the OMFIF advisory board.

The Worm in the Apple explains how the Conservatives – the dominant party of government in post-war Britain – switched from general pro-European sentiment after 1945 to scepticism or downright opposition in the past 30 years. The denouement came in July 2016 with the referendum rejection of European Union membership. David Cameron, Conservative prime minister at the time, had led a campaign to keep the UK in the EU. But his track record under which he ‘would rarely say a word in its favour’ was one of the factors tilting the electorate towards the narrow ‘No’ vote.

As befits a former Financial Times writer, Tugendhat is even-handed and unexcitable. He lays bare the myriad misjudgements, miscalculations and mistakes of both the Tories and the Labour party in the aftermath of the war. And he delivers a forensic post-mortem of what went wrong between Britain’s accession in 1973 and ultimate departure in 2020. Tugendhat teases with ‘What if?’ conjectures of how history might have turned out differently. One example is whether the referendum result would have changed if immigration had not increased so dramatically after EU enlargement in 2004. Yet Tugendhat’s measured prose unveils a story which almost inevitably was destined to end in tears.

He was an MP in 1970-77, the crucial years when Britain prepared for, implemented and upheld (in the 1975 referendum) European Community membership. Geography and history, particularly the second world war experience, have irredeemably shaped the UK view differently to most of the rest of the continent. Politicians and the electorate have always seen the Common Market, as it was then called, ‘in purely economic and utilitarian terms’ rather than an institution with ‘historic purpose’.

Tugendhat analyses the contortions of personalities and events. Edward Heath took Britain into the European Community in an act of political will. Margaret Thatcher was responsible for taking the country out, ‘not the result of any particular action’, but as the culmination of a long sequence including her own actions and the ‘interpretations that others later put upon them’. Labour leader Hugh Gaitskell warned in 1962 about ‘the end of 1,000 years of history’. Norman Lamont, luckless chancellor of the exchequer in 1992, suffered sterling’s forced withdrawal from the exchange rate mechanism. Nearly all Britain’s mainstream politicians have invariably seen the rest of Europe on the way towards a form of federalism incompatible with British structures and affinities.

European politics in Britain became suffused with an ‘us against them’ mentality, an infection that spread beyond Britain’s shores. Continental politicians, as seen in the 2016 aftermath, were keen to emphasise differences rather than commonalities. Successive Tory prime ministers have been haunted (rightly as it turns out) by the fear that Europe would break the Conservative party, echoing Robert Peel’s 1846 experience over repealing the corn laws.

Johnson has so far weathered the European vicissitudes better than his six predecessors. Harold Macmillan to Theresa May were all scuppered by diverse European woes. The Ukrainian war, where the Kremlin has buttressed Johnson’s domestic credentials as Russia’s enemy No.1, has given him another chance to burnish Britain’s European exceptionalism. Tugendhat diplomatically conceals his distaste for Johnson’s less favourable characteristics. Yet the present British PM’s reputation for opportunism and untruthfulness is hardly likely to stand the UK in good stead as it grapples with economic misfortune (partly caused by leaving the EU) as well as European upheaval.

Tugendhat somewhat piously hopes his party will help foster a ‘close, harmonious and mutually advantageous relationship with the EU and its member states.’ Yet it’s difficult to imagine that happening unless Johnson’s own political journey, like that of so many forerunners, ends in ignominy and collapse. The inverse relationship between Johnson and his country’s European fortunes has some way further to run. History teaches us that the tale is unlikely to end happily.

The Worm in the Apple – A History of the Conservative Party from Churchill to Cameron. By Christopher Tugendhat. Haus Publishing, London (2022).