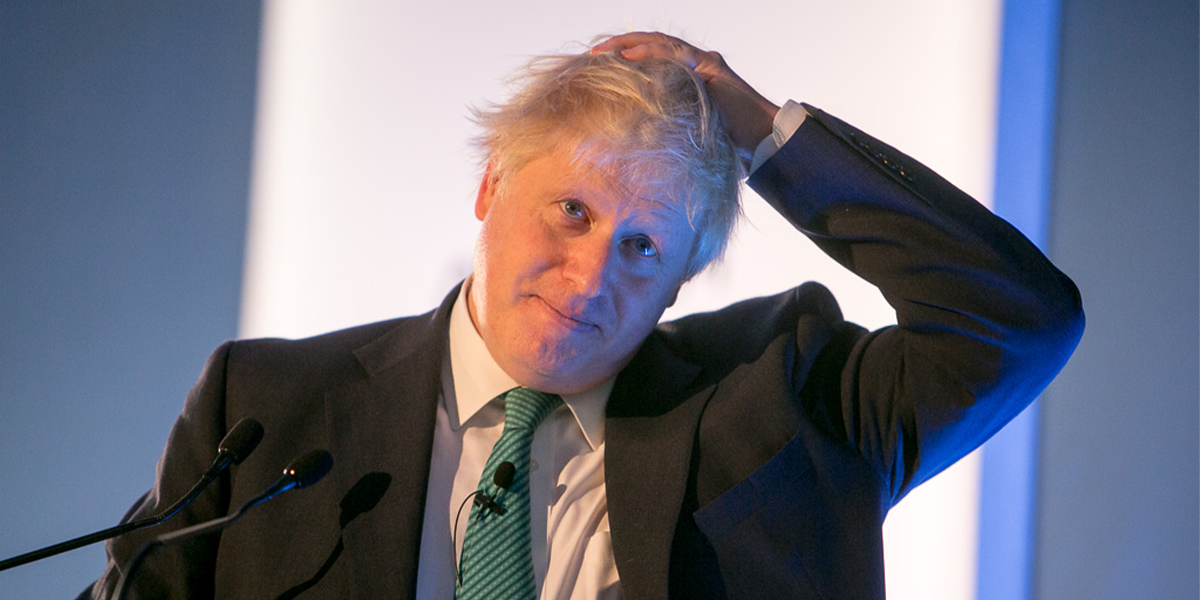 British Prime Minister Boris Johnson is in trouble not just because few trust him to tell the truth. He demonstrates a long list of personal weaknesses, which were mostly known (including by his supporters) before he took over as Theresa May’s successor in July 2019. His biggest benefit to the Conservative party – ability to win elections – is now in doubt following multiple disclosures of apparent breaches of Covid-19 lockdown restrictions at 10 Downing Street in 2020-21.

Downing Street issued an unprecedented public apology to the Queen on 14 January over parties held at the prime minister’s residence on the eve of her late husband’s funeral in April 2021, amid widespread anger and embarrassment among many mainstream Tories.

Discourtesy towards the 95-year-old monarch tops a litany of Johnson missteps in parliamentary and public dealings in the past 12 months, offsetting successes over vaccination strategy and the economy. The opposition Labour party has a 10-point lead in latest opinion polls. The foreign exchange market is taking Johnson’s travails in its stride, with sterling at a two-year high against the euro of €1.20.

Sue Gray, a leading British civil servant, will deliver a report next week detailing the extent to which parties and other social gatherings at Downing Street – some apparently attended by Johnson – appeared to break anti-pandemic rules. Her document is expected to assemble facts and findings, rather than provide recommendations or sanctions. Further steps will depend on the political atmosphere as well as whether Gray provides sufficiently trenchant wording that could lead to criminal investigations.

Johnson faces a poisonous dispute over whether he lied to parliament by saying he was unaware that a Downing Street party he attended in May 2020 contravened rules. Johnson’s one-time adviser Dominic Cummings, forced out in November 2020, has intensified the strife by contradicting Johnson’s version of events and, many suspect, promoting multiple leaks about alleged contraventions.

Following an abject TV interview on 18 January, the prime minister’s woes deepened in the House of Commons on 19 January when David Davis, a former Conservative Brexit minister, called on him point-blank to resign. A Labour MP told parliament that voters had to choose between whether Johnson was guilty of incompetence or stupidity.

Johnson and his supporters had been hoping that, rather than prompting the prime minister to resign, the Gray report will provide him with a means to shift the blame to Downing Street staff. The strategy may backfire if, by inaugurating a cull of scapegoated juniors, Johnson seems to be shifting responsibility for a lax alcohol-fuelled work culture reflecting his own standards of conduct.

Latest revelations have shone light on less-than-optimal Downing Street arrangements for work, residence and security. However, resolving UK prime ministers’ need for adequate accommodation and office facilities is a challenge that goes well beyond the remit of Gray’s report.

Partly reflecting the lack of an obvious successor, Johnson could continue in his job at least until problematic local elections in May. The party has had seven largely lacklustre leaders in three decades since Margaret Thatcher departed. Johnson is the sole figure – partly because is palpably ideology-free – who hitherto has appeared a natural vote-winner. Yet he faces an uphill struggle to recover full authority. During the run-up to the next general election, to be held by December 2024, Conservatives will be viewing with dismay the prospect of continuing division and bitterness among many MPs.

The contradictions in Johnson’s often irreconcilable promises and commitment over the European Union withdrawal are starting to weaken support among previous die-hard supporters, especially in view of the sharp rise in inflation, now at a 30-year high. That inflationary outlook could be exacerbated if Johnson goes on a populist spending spree to shore up his position. Plans dubbed ‘Operation Red Meat’, aimed at assuaging concerns of a new intake of MPs from Labour’s old heartlands, or the Red Wall, risk exasperating the true-blue Tory core of MPs who are beginning to doubt their Brexit champion.

Johnson already faces a deep underlying split in his party which some veteran Conservatives say is reminiscent of the choices facing the UK after the second world war. Reconciling different Brexit agendas, traditional Tory demands for low taxes and a small state with climate change, overcoming Britain’s north-south divide and demographic pressures on the health services and social care is an almost impossible task.

If a leadership struggle starts, Johnson will be strengthened by difficulties facing potential rivals. Among his tactics will be to shift blame for rises in the cost of living to Rishi Sunak, chancellor of the exchequer, and for wrangling over the Brexit aftermath to Liz Truss, the foreign secretary. Stanford-educated Sunak, ex investment banker and hedge fund manager, although a favourite for many, lacks the credentials and the knowledge of British politics to succeed in the job. He would be a better chairman of Goldman Sachs than prime minister.

All of those negative characteristics have been amply displayed over the past 12 months. However, if Covid-19 takes a turn for the better, and all restrictions are over by the summer, Johnson will be in a much safer position – and could even risk an early election. From the PM’s present vantage point, such a benign prospect looks far off indeed.

Meghnad Desai is Emeritus Professor of Economics at the London School of Economics and Political Science and Chair of the OMFIF Advisory Council. David Marsh is Chairman of OMFIF.