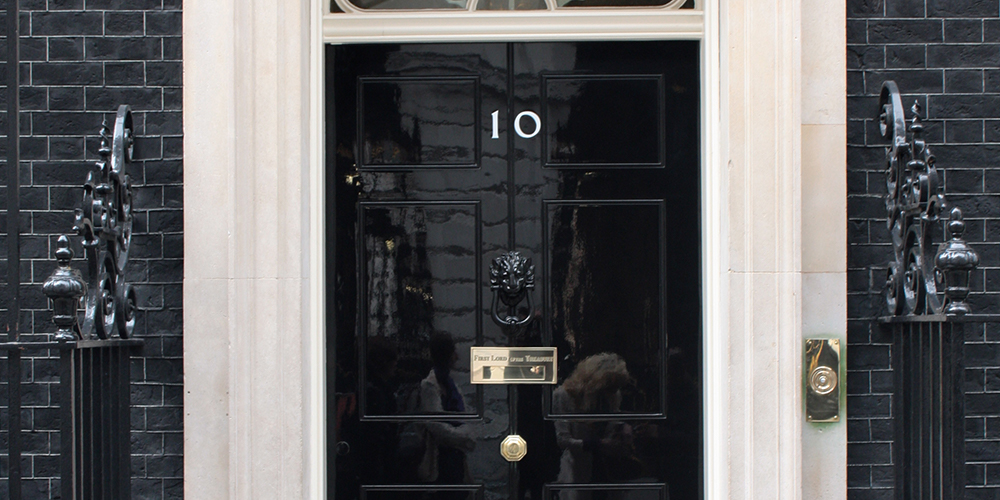 While President Joe Biden is trying to fix America and the world, Britain appears to be worrying about how Prime Minister Boris Johnson fixed his wallpaper. The controversy over whether or not private money was used to decorate the top-floor flat of number 10 Downing Street – the official residence of the prime minister, housing two adults, one baby and a dog – has to be laughable since everyone is taking it so seriously.

Think about it. No other G20, much less G7, country houses its head of government in a small, nondescript property just off a busy main street. With the office on the floors below, the prime minister must feel like a pub landlord living above. But of course, the prime minister is not a landlord. Just a tenant at will with no tenure, evicted without ceremony with less than 20 hours’ notice if the next election is lost.

If it was not gated and surrounded by police, a passerby on Whitehall would not cast a second glance at the astonishingly plain structure. Or rather, a row of unremarkable structures.

When India got its independence 75 years ago, then Prime Minister Jawaharlal Nehru commanded the residential headquarters of the commander in chief of the outgoing British Indian Army. As an imperial power, the British knew how to respect the office of prime minister. It was an impressive site and, when Nehru died after 17 years as prime minister, it was converted into a library, museum and conference hall. It is a huge, beautiful structure with acres of garden in the centre of New Delhi.

Why does the British public take pride in the poky flat in Downing Street? The reason is the feudal nature of the polity. Originally, prime ministers sat in the House of Lords and had palatial properties in London besides property on their estates. The prime minister did not need London accommodation and would certainly not have tolerated the Downing Street flat. Lord Frederick North (who ‘lost’ America) would not touch the place, which is why William Pitt the Younger could leave his club and move in though he was only chancellor. But Robert Walpole, who accepted the property as the official residence in 1735, was no grandee.

There has not been a grandee as prime minister since Lord Salisbury. Even Alec Douglas Hume would not qualify. So for 120 years, the flat in Downing Street has remained the inadequate accommodation for the head of government. The prime minister resorts to invading the top flat of number 11, began by Tony Blair in 1997 as Chancellor Gordon Brown was a bachelor at the time and Blair had a large family.

Whatever comes out in the inquiry as to who paid for what, we need to have a serious rethink about finding the British prime minister a decent sized accommodation that would meet the standards of a good council flat. We should institute an extensive inquiry into accommodation for heads of government in other countries and how they are financed. We should feel shame that this amateur shambles continues.

It is the same backwardness that keeps hereditary peers in an unelected House of Lords, preserved in defiance of democratic norms by reelection if one of them kicks the bucket. There is no serious prospect of an entirely elected upper house. Disclaimer: I have been a member of that unelected house since 1991.

Of course the ‘progressive forces’ will crow about catching Johnson out using borrowed money to redecorate the flat. And nothing will be done to modernise the constitution nor provide a decent house for the prime minister.