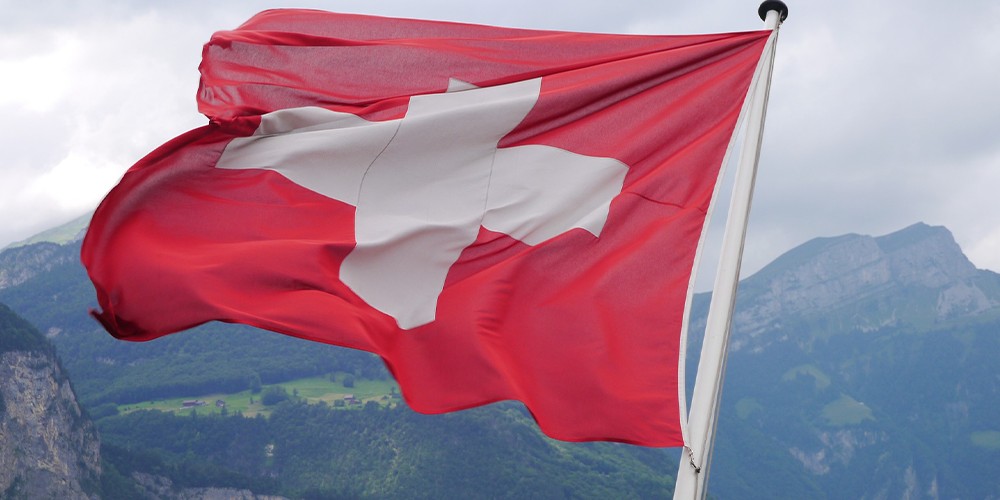 Tim Grant, head of business at SIX Digital Exchange, is a strong believer in the potential of distributed ledger technology to transform financial services. ‘The reason we need to rethink how we represent money digitally is that this new technology will be as impactful as the internet has been in other industries’, he said. ‘As well as giving us faster, cheaper and better ways of transferring assets, it will give us new ways of doing things that we have not previously thought of.’

Grant was speaking at this week’s two-day Symposium hosted by OMFIF’s Digital Monetary Institute, ‘Central banks and digital currencies – a revolution in money’. Alongside Thomas Moser, alternate member of the governing board of the Swiss National Bank, Grant provided the DMI with a timely update on Project Helvetia. This initiative is at the forefront of harnessing DLT as a key component of the internet of value.

Project Helvetia is a joint experiment by the Bank for International Settlements’ Innovation Hub, SIX Group and the Swiss National Bank, exploring the potential of integrating tokenised assets and central bank money on a platform developed by SIX Digital Exchange.

Two proofs of concept for settling tokenised assets have already yielded encouraging results. These are the issuance of a new wholesale central bank digital currency and the development of a link between SDX’s new securities settlement platform and the central bank’s existing real-time gross settlement system.

Grant said that recent numbers published by Coinbase suggest that demand for cryptocurrencies is already transitioning from being a retail to an institutionally-driven phenomenon. He expects to see a similar development in the market for other financial assets. ‘The reason we are engaging with the SNB in Project Helvetia is that there is a trusted, secure and regulated medium allowing the institutional world to move in the same direction as retail investors’, he said. ‘This is exciting because the real prize is the trillions of dollars in traditional assets – including debt, equity and real estate – that will move on to this medium.’

Grant said that the first of these institutional assets to be issued via the new platform will be corporate bonds. ‘It won’t happen overnight, but we are confident that this year we will see the first end-to-end issuance of corporate bonds’, he said. He explained that these will be issues from well-known borrowers, in benchmark size of at least CHF100m ($109.4m), which will be listed, trade and settled as a purely digital asset.

Buy-in to this initiative, Grant added, has come from all market participants ranging from issuers, lead managers and syndicate banks to custodians and investors.

The benefits to all these market participants, as well as to the broader economy, are readily identifiable. One of these is so-called atomic settlement, or what Grant prefers to call integrated trading and settlement. ‘This eliminates counterparty risk and removes the clearing requirement, because you’re instantly exchanging the asset for value in the form of a tokenised asset’, he said. This in turn unshackles securities markets from the anachronism of T+x settlement cycles.

Grant added that any initiative that irons inefficiencies out of the existing clearing and settlement system, accelerating the process and reducing the costs, must be beneficial to the broader economy. This is especially applicable, he argued, for small- and medium-sized enterprises which may traditionally have considered the costs associated with a listing on the Swiss exchange to be prohibitively expensive.

The appeal of Project Helvetia for assets such as corporate bonds raises the question of why the SNB itself has yet to commit to issuing a wholesale CBDC onto the SDX platform, which Grant describes as the ‘holy grail’ for the project. ‘This would make a big difference, but it doesn’t stop us progressing because we can use tokenised money from day one’, he said.

Moser agreed, saying that because the platform does not need central bank money as a precondition for going live, the SNB is under no pressure to make a formal decision on a CDBC. But he hinted that it is probably a question of when, rather than if, a CBDC is issued on a permissioned DLT platform. ‘There is a good chance we will move in that direction, but safety always comes first for the SNB’, he said. ‘There are a number of legal and governance issues that we would need to address before we would feel comfortable about going ahead’.

‘But SDX has provided us with a great opportunity to free-ride on the project and gain more experience of how DLT would work in terms of issuing and redeeming central bank money’, added Moser.

Moser noted that comparing the two proofs of concept has already been helpful in this respect. ‘We wanted to see if settling via a DLT is really more efficient than it is through the existing RTGS system’, he said. ‘But one of the insights Project Helvetia has given us is that this isn’t necessarily the right question to ask, because the full potential of the DLT really only comes into play if you have a wholesale CBDC.’

The SNB’s commitment to the project and to the probable integration of a CBDC with the SDX platform is reflected in the two workstreams that are at the heart of its next phase. The first of these, said Moser, is an extensive analysis of the core information technology systems of the banks involved to ensure that all the governance and safety requirements are met. The second, aimed at testing the cross-border functionality of the system, will see the SNB partnering with a second central bank. Moser said that the identity of the central bank working with the SNB on this project has not yet been announced, but he added that the partnership will test real trading. ‘It will be the real thing, with no simulation’, he said.

This all leaves Grant hopeful that by 2023 the trading of tokenised assets in central bank money on DLT will be a reality. Moser was more cautious on the likely timeline. ‘It’s not impossible that we’ll see a wholesale CBDC by then’, he said. ‘We know from experience with other technological inventions that expectations are not always met as quickly as people hope – but once the process begins, it can be hard to stop’.