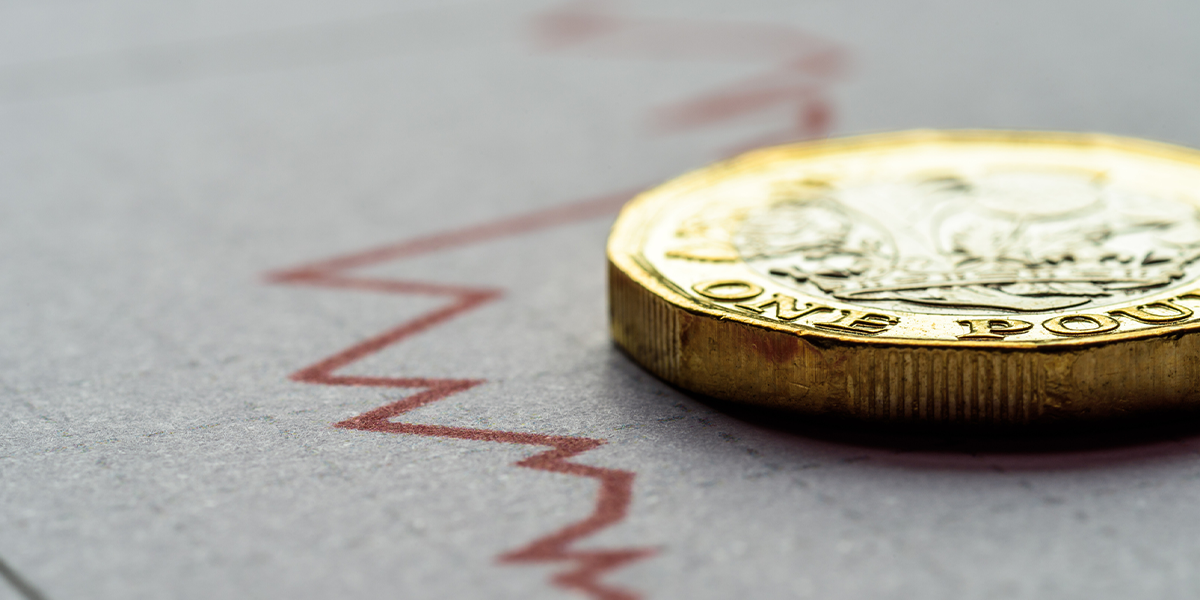 Today’s stagflation will end sooner than in 1970s, with less inflation and bigger downturn

For UK economic policy-makers, 2022 will be the year of Hobson’s choice. Out of apparently multiple possibilities of actions, only one (however unpalatable) is actually available. Boris Johnson’s luckless-looking government may run into a slogan Margaret Thatcher made popular 40 years ago – Tina: ‘There is no alternative’. The truth is unfortunate. A recession is inevitable. It’s only a question of time.

As I have consistently argued over the past two years in successive articles pointing to the inflationary legacy of Covid-19, ‘cost-push’ is now the UK’s highly infectious dominant inflation strain. Fuelled by further fiscal and monetary profligacy to save jobs, it might well rampage on. But it is likely to be frozen out by a return of market turmoil and economic stringency that will end up aborting recovery. Hobson’s grim choice leads to recession as the only cure for cost-push inflation. Today’s stagflation will end sooner than the 1970s, with less inflation and more recession. Decades of asset price inflation and the ‘great immoderation’ of highly stimulatory Covid-fighting monetary and fiscal policy, coupled with extreme social inequality, have made the economy fatally fragile.

Fundamental economic theory explains the present predicament better than tweaks to the ubiquitous New Keynesian general stochastic equilibrium model used to plot economic fluctuations and business cycles. Real output equals real income equals real spending. To elucidate the UK’s overall pandemic-induced output loss, you need to look at ‘gross value added’ – output minus intermediate consumption. It is the sum of all income received by employed and self-employed labour and trading profits to capital as a reward for producing the real output.

In the two years to Q3 2021, the UK suffered a 13% loss of real GVA compared with its pre-Covid-19 level (£254bn, measured against the Q4 2019 annualised level of £2.02tn) – with 15% loss relative to trend and the threat of still steeper cumulative losses in future. This supply-driven real income loss could not be cancelled by fiscal and monetary ease (although stringency would have caused a greater loss). Policy shifted the income shock away from consumers and tax-payers to the public purse. But sooner or later there will have to be a reckoning.

Contrary to comments by some observers, a continued budget deficit is not by itself stimulative. As pandemic support is withdrawn the decreased budget deficit will be contractionary. Recovery depends on private expenditure unleashed from lockdown savings. The speed of the recovery measured in percentage change terms appears higher than it really is (correcting a 20% fall needs a 25% rebound). But reinstating postponed spending can do no more than restore real GDP and income to pre-Covid-19 levels. The only way to recover lost income is to accelerate economic growth.

Increased public sector fiscal debt is matched by an equal increase in private wealth, enhanced by cheap money asset price inflation. Wealth inequality has increased to near-obscene levels. The only way to reverse this is through the bursting of bubbles. Judging by the new more determined anti-inflationary stance of the Federal Reserve, this development may well be the way.

The danger lies in the detail. Looking at the aggregates alone doesn’t give the full picture. The pandemic has utterly disrupted the normal relationships between supply and demand in product and labour markets. Plenty and scarcity, profit and losses rage simultaneously. Big tech soars while small- and medium-sized enterprises suffocate. In-vogue, in-demand products bounce, hospitality and travel buckle. The poor get poorer, the get rich richer. Clichéd, but true and relevant.

Prices and wages are sticky downwards. We need to look at relative, not absolute, performance and outcomes. When wage differentials get bigger, the losers demand more; the winners do not accept less. Decimating SMEs (i.e. 10% bankrupt and out of business) reduces competition and increases prices. Each company hit by the same energy cost increases attempts to pass them on in higher prices, without competitive loss.

Some may believe in a post-Covid-19 return to normal. But it would be naïve to believe this will happen. Expansive fiscal policy is being withdrawn. The Bank of England’s monetary policy committee has nervously begun token monetary tightening. It promises further minimal and widely spaced basis-point hikes to come. With bank rate 0.25% and inflation 5%-plus and rising, negative real interest rates will escalate further. Returning real interest rates immediately to their long-term 3% average would require an unthinkable eight percentage points official policy hike. The MPC probably fears that however modest its manoeuvres, official admission of a prospective bear bond market could precipitate market mayhem and a vertiginous yield curve.

The choice is more apparent than real. Should the Treasury and the Bank of England continue easier policies to save jobs and validate inflation? Or should they tighten to negate inflation, causing large economic losses? Starved of fuel, cost inflation becomes frozen out through the greater unemployment it necessarily entails.

Recession now or later: Hobson’s choice with no alternative. Happy New Year everyone!