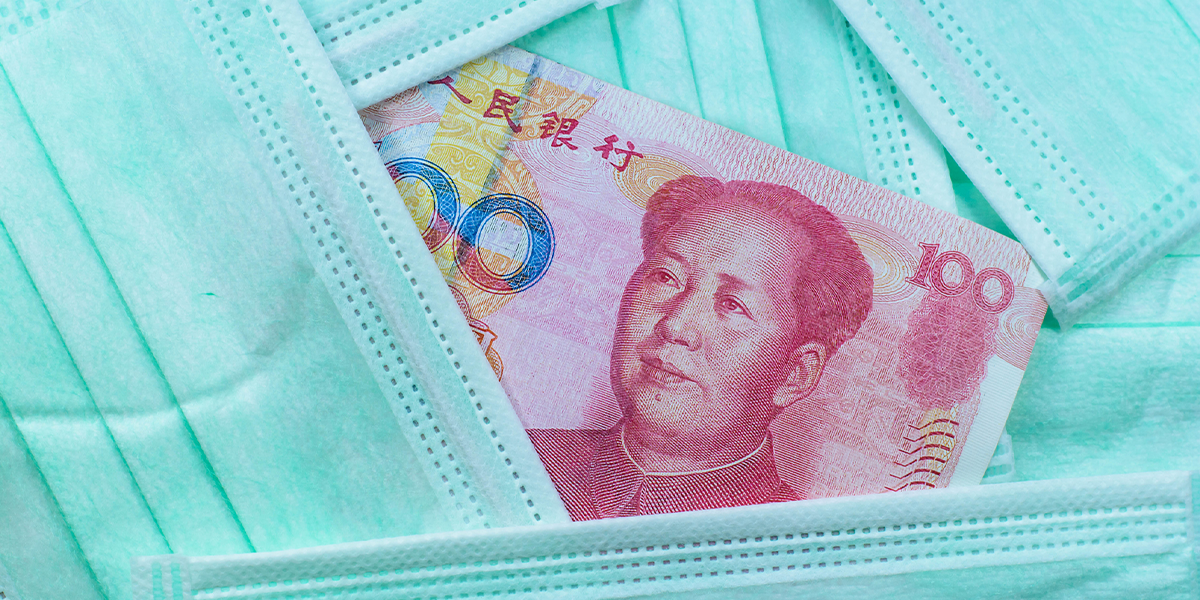 The long-term picture is more negative

China’s currency has strengthened since the news broke about the Covid-19 Omicron variant. This is not a coincidence. A more transmissible variant would reinforce many of the renminbi’s key supports, just as the original strain did when it went global.

Shutdowns in other producing economies, and a shift in demand from services to goods in major markets, have seen China’s merchandise trade surpluses swell, recovering swiftly from a dip during the early pandemic to hit a record $84.5bn in October 2021. Restrictions on international travel have severely curtailed a major component of Chinese capital outflows, bringing the deficit in services trade to less than half its pre-pandemic level.

The combined effect of the boost to the trade surplus, and the crippling of international tourism, has been a significant improvement in China’s current account balance, to 1.8% of gross domestic product in Q3, from an average of 0.7% in 2019, essentially rolling the clock back to 2017, if not earlier. This growing surplus provides a structural support for China’s currency.

The renminbi has also benefited from the interest rate differential relative to developed markets. Coupled with a degree of currency stability, this is a draw for capital at a time of low global yields. The gap in real rates between China and the US is even more substantial. The pandemic has assisted here by delaying the normalisation of monetary policy in developed markets, and by providing an export boom to offset slowing growth and so reduce the need for easier policy in China.

All of this was set to change in the latter months of 2021. The world had begun to reopen, with Asia ex-China making a notable pivot to ‘living with the virus’. China itself was readying a pilot programme to reopen its border with Hong Kong by June 2022, with a global reopening possibly to follow. Central banks in the US and Europe were sounding steadily more hawkish, and yields were on the rise. China would have seen substantial declines in trade surpluses in 2022, a rise in its services deficit and a narrowing of the interest rate differential.

Then Omicron arrived. The new variant appears more transmissible, and appears to affect people previously thought to be immune. For the renminbi, there are some obvious implications, even if much remains unclear.

The safest bet is that China will not be reopening in 2022. Timelines were already freighted with caution, influenced by calculations of cases in the hundreds of thousands, were the country to adopt western-style reopening. Those estimates will be even higher with Omicron, which is being treated as a vindication of China’s zero-Covid policy in state media, in a sign of increased conviction in an isolationist stance. Add in the Party Congress in October and reopening looks set for 2023 at the earliest. China’s services deficit will stay at its current low levels for some time.

The outlook for the trade surplus is less clear cut. The rest of Asia still looks unlikely to reverse its reopening, so China’s exporters will have more competition than for most of 2021. A pivot among global consumers back to services and away from goods, however, will probably be delayed, removing one drag on export performance. China’s trade balance will be stronger, relative to the pre-Omicron outlook, if slightly weaker relative to the earlier stages of the pandemic.

The new variant seems likely to prolong the interest differential support for the renminbi too. Central bank messaging in general has conditioned tightening of policy on the path of the data, and Omicron makes this path harder to predict.

Overall, Omicron is set to deliver a stronger renminbi in the coming months than would otherwise have been the case. The People’s Bank of China is clearly worried, taking policy action to stem appreciation after stern words were not enough. 2022 will be marked by a lot more policy-induced ‘two-way volatility’.

Longer term, however, the combination of Omicron with China’s ‘zero-Covid’ stance will be negative for the renminbi. Repeated factory and port closures will render China a less attractive cog in global supply chains and add to decoupling pressure, to the benefit of regional competitors which have learnt to live with the virus. 2022 is likely to be the currency’s last hurrah.