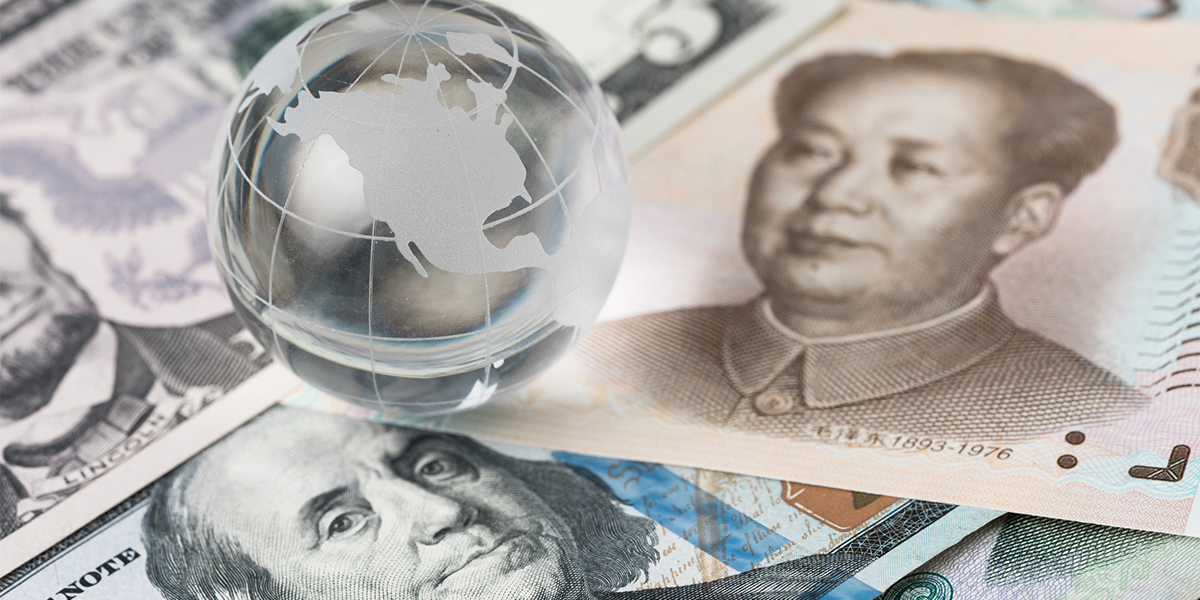 Credit and market risks abound on all sides

In mid-2021, cross-border lending of Chinese-owned banks totalled $2.66tn and made up 4.7% of their balance sheet. In comparison, US banks’ cross-border lending made up 22.5% of their balance sheet at $4.35tn, according to the Bank for International Settlements’ Locational Banking Statistics (table A7). However, various factors point to greater risks for Chinese banks at present.

First, their lending is mainly to emerging markets and developing countries. They lend to 133 out of a total of 143 and China is the main trading partner of 63. Second, Chinese banks’ lending is 60% in the dollar, whereas their cross-border liabilities are only 45%. They are running a currency mismatch similar to Japanese and European banks. However, with the renminbi appreciating against the dollar, Chinese banks are long in a weak currency and short in a strong currency.

Chinese banks face the cumulation of greater credit and market risk. Many EMDC have been struggling in the post-pandemic period. A combination of a strong renminbi and signs of tapering on the horizon would require greater regulatory and supervisory scrutiny of Chinese globally systemically important banks by Chinese banking regulators, such as the China Banking and Insurance Regulatory Commission. The Financial Stability Board lists four major Chinese banks on their watchlist of G-SIBs which could adversely impact global financial stability.

China’s formula of ‘state-led, market-based’ would ensure that banks – commercial as well as policy banks – lend at commercial terms, guaranteeing profitability. Recipient countries could be subsidised through different channels, such as the purchase of countries’ exports, if they run into debt servicing difficulties. While this formula might mitigate credit risk, the market risk, which is market-based, remains and does not bode well for Chinese banks’ cross-border lending in the near future.

Between mid-2020 and mid-2021, the renminbi appreciated by close to 10% and it is set to appreciate further. Various dollar interest rates have firmed recently and are likely to increase further in 2022. In addition, should the ‘dash for cash’ in early 2020 repeat itself, there might be a serious scramble among non-US banks to obtain dollar funding from various sources at higher interest rates.

According to a recent BIS study, in early 2020 the sources of $12.4tn funding of non-US banks were money market funds, deposits by non-bank financial intermediaries and securities issued in dollars. In 2019 and 2020, Chinese-owned banks featured prominently by issuing dollar debt securities to the tune of more than $200bn each year at short maturities. This confirms an earlier BIS study which noted Chinese banks shying away from the interbank market in favour of security market financing.

Chinese bank lending, called ‘market-based’, will have to brace itself for changes in the global financial market, with higher risk premiums for EMDC borrowers, renminbi appreciation on the asset side as well as higher refinancing costs in dollars on the liability side. There will also have to be a revaluation of both assets and liabilities at prevailing market renminbi/dollar exchange rates. Once these changes are incorporated, will the ‘state-led, market-based’ bank lending to EMDC still be as profitable and viable?