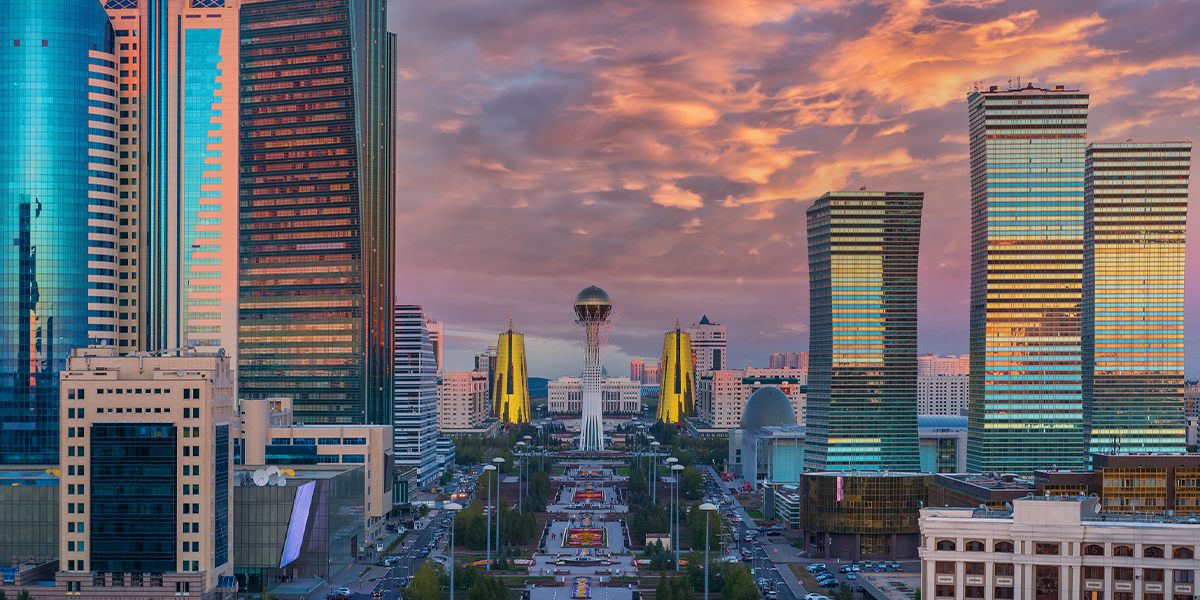 Civil unrest in Kazakhstan has led to widespread internet blackouts throughout the country, with the country’s largest city Almaty going five days with no internet.

Many Kazakh citizens rely on traditional digital payment methods like debit cards to buy food, but without internet connections, these were rendered useless. Local media have reported long queues for ATMs and withdrawal caps because of shortages of cash.

For central banks, the situation in Kazakhstan shows both the importance and the limitations of cash. The crisis makes it clear that it will not be enough for central banks to develop an online digital currency transaction network while treating cash as the offline back-up.

Joachim Samuelsson, CEO of Swedish technology company Crunchfish, told OMFIF: ‘This is something central banks have to plan and be prepared for. Obviously big internet blackouts like we’ve seen in Kazakhstan are rare in most countries, but if we have learned something from the Covid-19 pandemic it is that even unlikely scenarios may occur.’

And even though such blackouts are rare, that does not mean the present system is perfectly reliable in other cases. Banks’ connectivity to payment networks is far from infallible.

Crunchfish has developed a digital cash platform that enables payments to function offline. ‘In effect, we solve two problems,’ said Samuelsson. ‘The first is the more common problem with service disruption and congestion in the core banking system, meaning the bank’s clients can’t accept or make payments. Crunchfish addresses that with Digital Cash online. That’s valuable because it means we can reduce the reliance on archaic bank architecture, which isn’t built to handle modern transaction volumes and is often on legacy infrastructure. Banks do not have to design for peak demand, as Digital Cash online helps them to load balance.’

Essentially, this Digital Cash platform means that payments can carry on as normal even if the core banking system is down, since transactions can be settled at a later point when the connection is restored.

This is a valuable proposition in many jurisdictions. In March 2021, the Swedish financial regulator called a meeting of the Swedish banks that offer Swish payments (a popular payments provider in the country) to highlight their responsibility to prevent disruption to the service.

However, while banks losing connection is a problem that regulators and central banks are eager to address, that kind of transaction network would not operate during the kind of internet blackouts seen in Kazakhstan.

What is needed in such cases is a truly offline digital cash, a means of storing and transferring digital currency offline. ‘What we’ve designed is an architecture that allows you to reserve out digital currency from the core banking system as digital cash online residing at the bank in a separate overlay server. In turn, the digital cash online may be distributed as digital cash offline that may be handled securely in any type of bearer device, either in a mobile or on a card or wearable,’ said Samuelsson. ‘Then you can use that to pay for things in person without having any connectivity.’ (Figure 1) 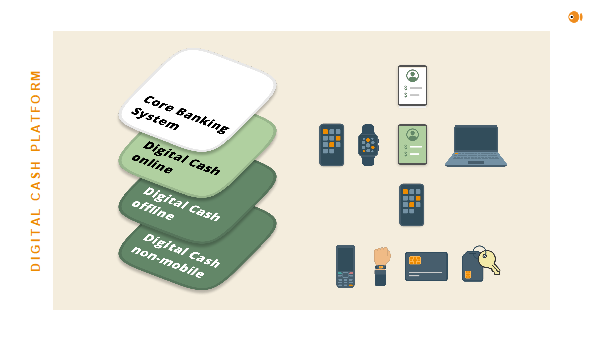 Such a system would not just be useful during blackouts. For many, particularly in the more rural parts of the world, internet connectivity is a scarce resource that they may have to travel long distances to use, if it’s available at all. In many regions, mobile phone ownership is widespread, but the phones have only telecom coverage, rather than internet access.

For them, digital currency is only convenient and usable if it does not rely on internet access to function.

Crunchfish presented its Digital Cash platform in a webinar on 7 January. There will another webinar covering digital cash benefits on 21 January and a session on digital cash for central bank digital currencies on 4 February. The webinars are open and free to attend. Register here.