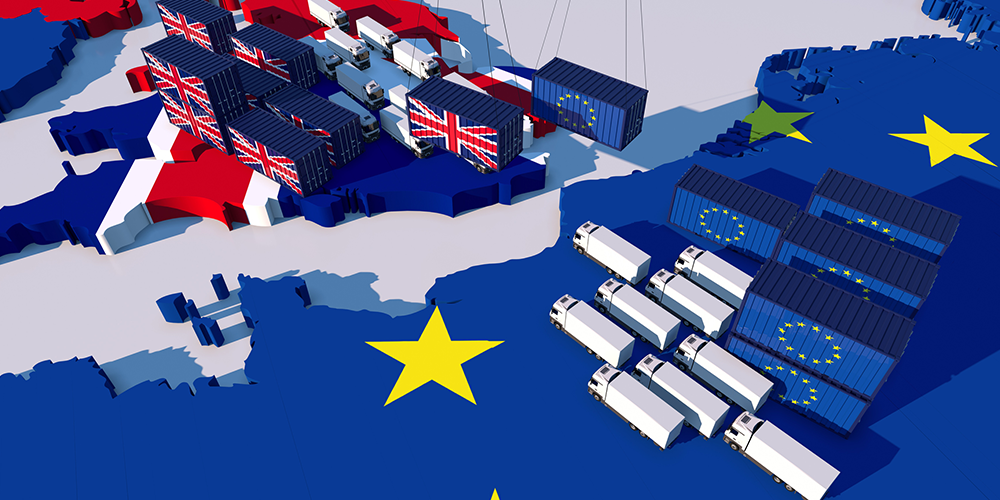 Rising prices will become harder to pin on the EU

In contrast to the government’s initial assertions, the public quickly concluded that the departure from the European Union was a material cause of the recent queues at petrol stations in the UK. Not least because there were no queues in neighbouring Europe or Northern Ireland, which remains de facto in the single market.

This made no difference to Prime Minister Boris Johnson’s relative popularity, which slightly increased during the opposition Labour Party’s conference happening at the same time. Johnson, whose charisma helped carry the Brexit referendum result, has gone on to claim that the disruption is a necessary adjustment to a high-wage, high-productivity economy.

Economists are scratching their heads about how raising HGV driver pay, however desirable, will achieve this on its own. Charles Goodhart, professor at the London School of Economics, has suggested wage rises might spur mechanisation, though putting Red Wall voters on the dole is unlikely to be a feature of the government’s ‘levelling up’ plan. More likely, it will drive up inflation alongside rising wholesale energy prices, struggling global supply chains and increased trade friction with the EU. Wealthier HGV drivers and cabbage pickers may hit the shops, but generalised inflation could dampen the animal spirits of everyone else.

A stagflationary squeeze could follow, creating dangerous headaches for the Treasury and the Bank of England, and which would oblige the Bank to raise interest rates. This may end the hitherto phlegmatic response to disruption. Meanwhile the petrol crisis has shown us that the population may disregard what the government says. And this could constrain the prime minister’s ability to instrumentalise arguments with the neighbours.

At the moment, he remains incentivised to bait the European bogeyman, as Otto von Bismarck or even Shakespeare’s Henry IV would advise him to do. The Aukus ruckus was an amuse-bouche, but the main event remains the high-stakes argument about the Northern Ireland Protocol, regardless of what ameliorations the EU may offer, a well-connected former civil servant told OMFIF. The NIP has left a regulatory border between Britain and Northern Ireland, to avoid one with the Republic of Ireland.

The Ulster Unionists have noticed an unsurprising shift in trade patterns resulting from the NIP. There are only three ways to settle this issue fundamentally: Northern Ireland leaves the single market; Northern Ireland leaves the UK; or the UK remains subject to European regulatory standards. None of these is politically possible. Events, and brutal reality, will force the government to pick one in the end.

Some have suggested the most practical short-term answer is a version of the third option, in the form of the UK subscribing to EU sanitary and phytosanitary standards. Maintaining these would make a US trade deal, sought by the prime minister, difficult, though there is currently no prospect of one, and the benefits are more political than economic.

The UK – or any – government cannot be expected to volunteer a truncation of its territory, despite practically already having done so via the NIP. The former civil servant told OMFIF that the prime minister believes the EU is actively seeking to dismantle the UK. He also believes that taking on Brussels hamstrings the Labour opposition, particularly among the Brexit-supporting voters it lost in the 2019 general election. And Brexit might help win Johnson the next election as well.

Trade commentators have suggested over the weekend that the UK’s invocation of Article 16, which enables suspension of the NIP via a woolly definition of ‘serious difficulties’, would lead to a trade war with the EU. Will resulting economic disruption help or hurt the UK government, politically? This no doubt will depend on who the public blames for any difficulty.

A trade war will move implicit responsibility for supply issues back to the EU and away from the style and execution of Brexit chosen by the government. But a cost-of-living crisis is already developing. The government has control over taxes, which are rising. And while it is not sovereign over the wholesale price of gas, it has an important agency whose job it is to control inflation – the Bank of England.

Constraining credit to deal with a supply side shock might be sub-optimal, but they have no other options. If the Bank does nothing, it may lumber itself with a credibility problem which could both spur inflation and show up in gilt yields. Either way this will raise the relatively low debt servicing costs for the government, leading either to restricting public spending or further tax rises.

The fact that government finances have taken a £400bn Covid-19 hit with no bond or currency vigilantes in sight, somewhat thanks to Bank purchases of government debt in the secondary markets, may have added to a perception that the government may easily be able to throw money at any problem and keep the public relaxed. It can’t indefinitely, as the Treasury is signalling.

A stagflationary squeeze will be hard to pin on the EU even with a trade war, and the claim that productivity-free wage rises are a ‘levelling up’ Brexit bonus would probably vanish as fast as it appeared. Inflation deriving in part from it might end Brexit’s domestic political potency.