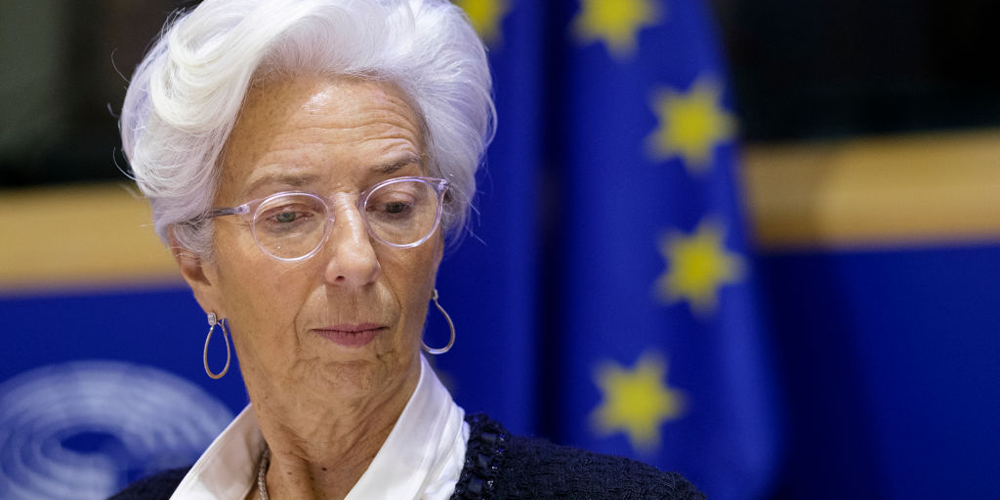 Current optimism may be misplaced

European Central Bank President Christine Lagarde was confident in her latest press conference as she explained that the euro area economy is improving, inflation is under control and the central bank continues its policy with a ‘steady hand’. This assessment, she added, was shared by all 25 members of the bank’s governing council. Reaching consensus on this was not a given and is an unquestionable success for her. But beyond the short term, the ECB’s horizon is full of challenges.

The first one concerns fiscal policy. The European Commission has announced that European Union budget rules will remain suspended next year. Bundestag president, Wolfgang Schäuble, argued that they should be reinstated in a Financial Times article, where he also explicitly called into question Italy’s prime minister, Mario Draghi.

Behind his warning is the fear, not entirely unjustified, that the present wave of optimism may be due to an illusion that the suspension of rules and the Next Generation EU package, which includes grants as well as debt mutualisation, have removed all budgetary constraints on member states. Not so. If anything, the constraints have been strengthened because public debts have risen. The return to new and better rules are in the interest of all, including the most indebted countries which pay the highest price when markets lose confidence. Negotiations on new rules will take place next year. Whatever the outcome, there will be a transition phase in which there will be no framework to guide market expectations. Centrifugal forces in the euro area could restart.

The second challenge regards the banks. Debt moratoria and credit guarantees have laid a protective blanket on them which conceals their real condition. The banks will be exposed to a wave of post-crisis insolvencies and risks involved in the sectoral reallocation that the NGEU programmes for a greener and more sustainable economy call for. The burden on bank balance sheets will be greater in countries that face more demanding reforms, due to their structural backwardness, and which still have unresolved banking problems. Another potential point of tension within the euro area is a rerun of the infamous doom loop between banks and public finances.

The third looming challenge for the ECB is its strategy review. There are three critical points in this review: the definition of the inflation target; the relationship (and possible co-operation) between monetary and fiscal policy; and the ‘secondary objectives’ of the central bank.

The first point is the most obvious and the least difficult, while the second is the most complex and important. The third, how to bring on board climate change considerations, will be easier to approach if the first two are successfully addressed.

The current inflation target, lower than but close to 2%, reflects the ECB’s primeval anti-inflationary stance, but after the global trend became deflationary, the asymmetric flavour of the wording generates confusion and increases the risk of policy errors. The problem can be resolved by raising the target to 2%. A change of this nature is expected by markets and would be well received. It would express both the desire to counter deflation (alongside inflation) and the sizeable uncertainty in forecasting and controlling price movements.

The real issue is the second one. Once the ECB’s heavy purchases are phased out, new tensions in the euro area are far from resolved. The central bank can counteract these tensions, but to do so credibly and effectively, it needs support from governments. The issue is political but affects the central bank’s strategy as well. Mario Draghi’s famous statement of 26 July 2012 effectively made ‘preserving the euro’ an ECB goal, a subtle and underappreciated change future presidents are unlikely to retreat from. However, this is a goal the ECB cannot deliver alone.

The 2012 statement was an emergency response, applied in special conditions and will be difficult to repeat. The mechanism that averted that potential crisis should be made available for different situations. The conditions triggering central bank interventions must be made more flexible without removing conditionality. Budgetary rules are an essential part of the design, but the central bank should also take a step forward, recognising that its instruments are not always sufficient and that coordinating with governments does not weaken its independence if done voluntarily and in line with its objectives.

The new strategy offers the ECB an opportunity to overcome old preconceptions and signal openness to monetary-fiscal co-operation. This – and only this – can at last, and definitively, keep the risk of a new euro crisis at bay.