Increase in inflation will not last 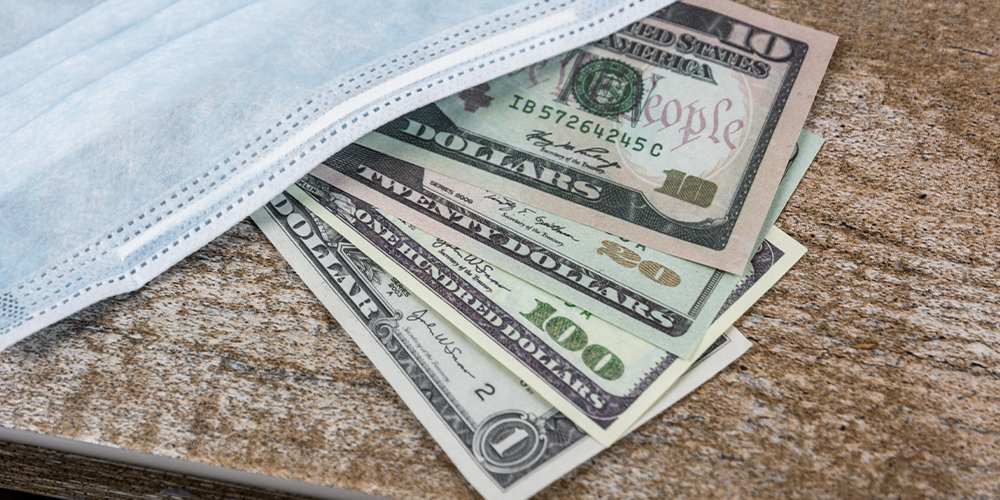 This year’s recovery, after months of life under lockdown, stands out from previous ones; it started with inflation roaring back.

Normally the symptom of overheating in a dynamic economy reaching full speed, inflation this time reflects a weakened economy taken by surprise. It was hard for anyone under lockdown on government support to believe that a solution for living with a new virulent disease would be found so quickly. It makes for a happy end to social distancing, but it also creates a new type of economic havoc.

The rush to go back to normal is being limited by the constraints of a globalised world. Differences in vaccine availability in various parts of the world have resulted in a global upturn more sequenced than synchronised. Bottlenecks in shipping and resource limitations are creating shortages. Delivery times are near all-time highs, while firms are still working overtime to replenish depleted inventories. With people not yet ready or able to return to work, firms are having difficulties hiring. In the US, among the most advanced in terms of vaccinations, prices are rising.

One must step out of the business cycle rationale to understand it properly. Business cycles are generated by fluctuations in demand. This time, the shock came from the supply side. Disrupted global production chains and labour markets keep supply from rising to satisfy demand. Inflation accelerates while industry capacity utilisation, employment rates and key commodities levels all remain below pre-Covid levels. Inflation appears just as growth begins to accelerate.

And it is for this reason that inflation will subside. It is not taking place anywhere near the peak of a cyclical expansion, where factors of production are in full use. Ample slack remains in the labour market, which will prevent wages from rising meaningfully. For the bottom fifth of US wage earners, fiscal support roughly doubled their annual income, which may create an artificial tightening in labour markets. But government programmes will be phased out in the autumn and labour shortages should ease. Supply chain bottlenecks, related to the an early reopening, will resolve with time.

Crucially, even if supply disruptions last for longer than expected, their impact on inflation can only fade if wages do not rise. The 70s are long gone and widespread wage indexation is a thing of the past.

Early evidence points towards disruptions being on the mend. Data show that US manufacturing inventories in sectors driving inflation, such as vehicles and energy, returned to pre-Covid levels by the end of the first quarter. Together with waning base effects, this should push inflation sharply down by the turn of the year.

The Federal Reserve remains calm and committed to keeping a watchful eye on undesirable inflation pressures. Its dual mandate, coupled with a new attention to social equity, including ethnic- and gender-based unemployment, gives the Fed room to manoeuvre before removing support. While growth and inflation forecasts were upgraded considerably in the latest Federal Open Markets Committee meeting, unemployment expectations were not. Markets appear to understand the message. Yet, they will use every new data and dot plot as a test.

Strong growth with no persistent inflation is likely to present many investment opportunities. This is particularly true in Europe. There is less of a risk of a policy driven consumption boom than in the US, given wage replacement was less than complete. Also, the Next Generation EU programme galvanises investment rather than consumption, with the prospect of raising potential growth and alleviating future inflation pressure. A scenario of accelerating growth with no tapering fears is the most supportive markets can hope for.

Looking further ahead, there is a concrete chance that euro area growth will normalise at a higher level than that of the last decade. The NGEU plan is focused on investment in key growth areas, such as the digitalisation and greening of the economy. Facilitating public investment in countries where it had been cut brutally after 2008, NGEU funds could increase productivity meaningfully if well spent.

The euro area has also finally tackled some of the institutional inconsistencies that have been preventing it from achieving its full growth potential. It now has a proactive and effective central bank, a safety net for governments undergoing liquidity problems, a system of fiscal transfers to smooth uneven growth shocks and a sizeable pool of safe and liquid assets denominated in its own currency. All this is not lost on long term investors. Net foreign direct investment inflows are hovering around all-time highs. Even though the direction of travel is clear, the ride may still prove bumpy.

Agnès Belaisch is Chief European Strategist, and Matteo Cominetta is Director of Economic Research at Barings.