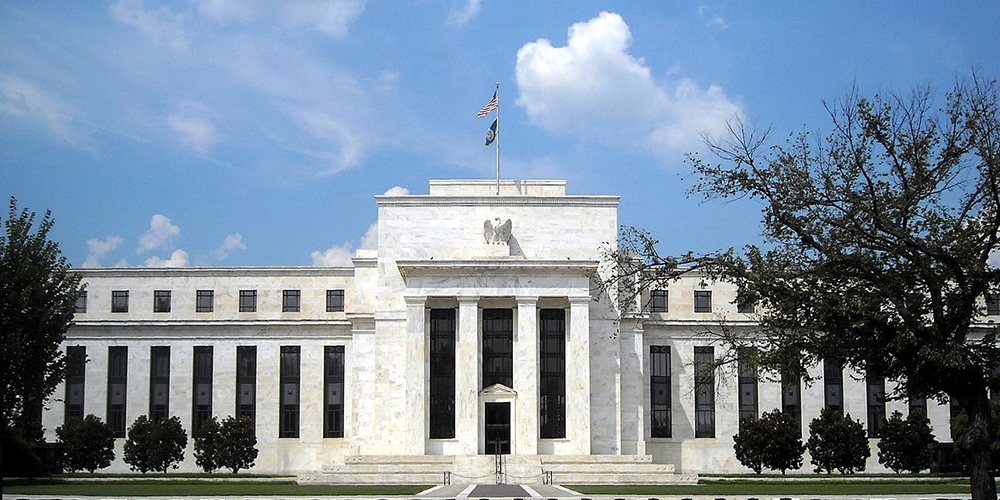 Consumer prices in the US rose by 5% in the year to May 2021, according to a 10 June release from the Bureau of Labor Statistics. This was the highest figure since 2008. As a significant talking point for financial markets and policy-makers, inflation is back.

The Institute of International Monetary Research has been warning about inflation risks since March 2020, highlighting the explosion in money growth. In the year to June 2020 the M3 measure of the quantity of money, broadly defined to include all time deposits, jumped by 26%. The figure was the highest in modern peacetime history. (Note that the M3 number comes from the Shadow Government Statistics consultancy, not from the Federal Reserve.)

This has provoked some key questions. Does the upturn in inflation reflect so-called ‘base effects’ and easily overcome production bottlenecks? Will it prove transitory? Or is it attributable to more fundamental and deeply entrenched forces? The view from the Institute has been that the remarkable acceleration in money growth – which for most of the 2010s was under 5% a year – would be the dominant causal influence on a significant rise in inflation.

But most economists – in universities and central bank research departments – ignore money in their inflation analyses. Instead, they use New Keynesian models, where the trend in inflation is driven by inflation expectations and the change in inflation by the output gap. In these models, which derive notably from a much-cited 1999 article in The Journal of Economic Literature by Clarida, Galí and Gertler, and from Woodford’s 2003 book Interest and Prices, the quantity of money plays no role.

The New Keynesians in the Fed – including Richard Clarida (one of the authors of the celebrated 1999 article) as vice chair – take comfort at present from two aspects of the American economic scene. The inflation expectations indicated by bond yield differentials continue to be subdued, while employment remains well below its February 2020 peak and points to a large negative output gap. But the New Keynesians have difficulty explaining the rise in inflation that has already occurred and may be unduly complacent in believing that upward pressures on prices will soon evaporate.

By contrast, the Institute’s view gives prominence to the quantity of money. It sees the behaviour of money as important to the setting of asset prices (including equities and real estate), and movements in asset prices as an important determinant of aggregate demand. The extraordinary money growth recorded in the US since February last year then becomes central in explaining the big rises in the stock market and house prices.

The New Keynesians – with their focus on the labour market – may dominate in high-level policy-related research. But they disregard obviously important features of business reality and a long-standing tradition of macroeconomic thought, namely the quantity theory of money.

The quantity theory – which emphasises the link between money and the price level – seems to have greater traction in understanding the latest developments. Supporters of the complacent consensus may appeal to two arguments. First, they may point out that 2020 saw both a big rise in the quantity of money and a big drop in its velocity of circulation. Does this drop in velocity invalidate the quantity theory point of view? Time will tell, but the standard quantity theory claim is that agents’ money-holding preferences are stable in the long run. So, the slump in velocity last year will be offset by sharp increases in 2021, 2022 and 2023, as the medical emergency is overcome, and people and companies hold less money (relative to their incomes and wealth) as life returns to normal.

Second, it is pointed out that major expansions in central bank balance sheets during and after the 2008 financial crisis were accompanied, not by rising inflation, but by the lowest inflation since the 1930s. The quantity theorist’s counter-argument here is that circumstances today are quite different from those of a decade ago. In sharp contrast to 2009 and 2010, both central bank balance sheets (the monetary base) and the quantity of money broadly defined have grown at exceptionally high rates since February 2020. While opinions differ between commentators, all the work conducted at the Institute concentrates on broadly defined money.

In a recent projection, we assumed that by the end of 2022 M3 velocity would be on average 5% lower than in 2018 and 2019, and that between now and then money growth would run at 5% year. On these reasonable assumptions, US nominal gross domestic product in the final quarter of 2022 comes out 30% higher than in the first quarter of 2021. Our judgement is that US consumer inflation of between 5% and 10% will persist for several quarters. Further, to return to inflation rates close to 2%, the Fed must cease asset purchases and moderate the annual rate of money growth to 5% or less.

Juan Castañeda is Director and Tim Congdon is Chairman of the Institute of International Monetary Research, University of Buckingham.