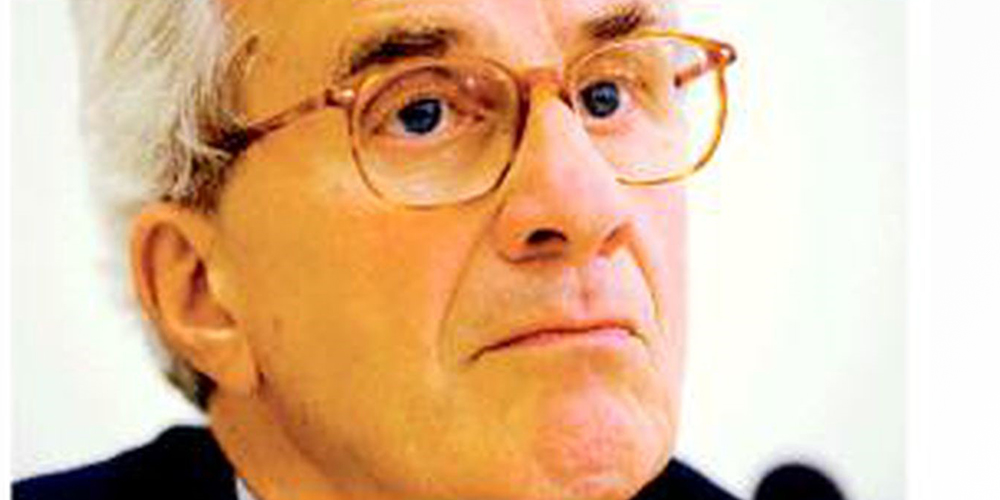 Antoine Jeancourt-Galignani, charming autocrat, gifted banker and flamboyant lover of livresque art, was an adept and dignified navigator of Parisian banking upheavals, which led eventually to France outstripping Germany in many fields of finance.

Jeancourt-Galignani, who has died aged 84, attained prominence in the 1980s as chief executive of Banque Indosuez. Like Jeancourt (as he was known), this exceptionally dextrous and innovative commercial and investment bank was descended from illustrious ancestors. He worked with the Socialist government to manoeuvre the bank and its well-connected clientele through the vicissitudes of nationalisation, then partial privatisation, under President François Mitterrand.

A decade earlier Jeancourt, aged only 36, had won his spurs as director-general of Crédit Agricole. In the ensuing 50 years the once-slumbering farm credit co-operative has become, largely through government-engineered restructuring and acquisition, 50% larger in market capitalisation than Deutsche Bank, formerly Europe’s mightiest bank, now a relative minnow. (The market value of BNP Paribas, the European Union’s biggest bank, is now around 2.5 times that of Deutsche.)

Proficient in steering through the shoals of French and international banking, this man of many talents conjured his way to success in a variety of high-profile jobs. Jeancourt crowned his career in the 1990s as chairman and chief executive of Assurances Générales de France (now AGF), which became a subsidiary of Germany’s Allianz.

As a pillar of the Parisian banking establishment, part of Jeancourt’s reliability in that important transition lay in his need for immersion in a business that was operationally new for him. After retirement, Jeancourt retained a series of corporate affiliations and council memberships. Business was still on his agenda. In politics his sound views were moderate and well-informed towards Germany.

Befitting the scion of a pioneering Italian book-selling family, books were his focus and passion. Librairie Galignani in rue de Rivoli, with an immense department of English books, remained his personal castle and intellectual fiefdom. For a former Indosuez employee like this author, it was both astonishing and reassuring to meet there, watchful between the shelves, an aging man whose wisdom grew with the whitening of his hair.

He started his career at the French economics and finance ministry, moving to Chase Manhattan in New York, after attending the École Nationale d’Administration, the elite government training academy, and joining the ranks of the fabled Inspecteurs des Finances. He then entered the tough world of French co-operative banking. After gaining professional authority at Crédit Agricole, Jeancourt became head of the prestigious Banque de l’Indochine, which under the guidance of Jack Francès merged with Banque de Suez to form Banque Indosuez.

His setbacks – such as failing to secure a meaningful foothold in the German market or in the competitive arena of mergers and acquisitions – were often due to appointment of managerial favourites who were as overbearing as Jeancourt but less able. The case of Patrice Mignon, in charge of M&A, notorious as ‘the Caligula of Indosuez’, illustrated these occasional misjudgements.

In the 1990s, Jeancourt took serious risks in the French real estate market, whose collapse in 1996 brought the bank close to bankruptcy. Crédit Agricole, Jeancourt’s former employer, stepped in and took over Indosuez, turning it into a vehicle for wealth management.

In his later years, Jeancourt sat on the boards of Total, Bouygues and Société Générale, and chaired the Washington Institute of International Finance from 1991-94 and Euro Disney in France until 2012. Meanwhile Crédit Agricole in 2003 made further strides, acquiring Crédit Lyonnais in a later stage of privatisation, a prelude to the 2009 merger with Société Générale’s asset management business to form Amundi.

Europe’s biggest asset management company is thus a descendant of the Banque Indosuez that Jeancourt once nurtured – a tale of progress, power and survival in the contorted politics of French banking and finance.

Antoine Jeancourt-Galignani, born on 12 January 1937, died on 18 May 2021. Markus C Kerber is an attorney and professor of public finance and political economy at the Technology University of Berlin and was a visiting professor at several academic institutions in Paris (Institut d’études politiques, Paris II Panthéon-Assas, HEC). He worked under Jeancourt for Banque Indosuez in 1986-90 as head of corporate finance for Germany.