Climate change is a green swan 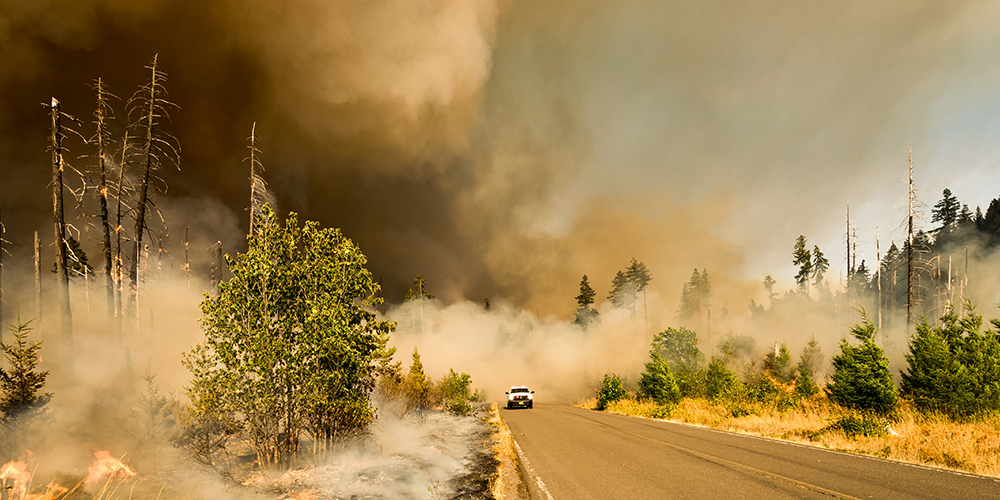 Danae Kyriakopoulou: The transition to a low-carbon economy risks financial instability through ‘stranded assets’, but also economic prosperity because of ‘stranded jobs’ in carbon-intensive sectors. Do you see a role for central banks in addressing the impact of climate change on the financial system and on the real economy?

Luiz Awazu Pereira da Silva: Climate change might trigger another ‘Minsky destructive moment’ for finance. But we could also make it a Schumpeterian creative moment, an historic chance to change. For that, finance is key. Finance played a crucial role during the 19th century, fostering the technological transformation that led to the Industrial Revolution. It could play a similar role for the 21st century transition to net zero, combining progress in both green and digital technologies.

The transition to net zero entails physical and transition risks to financial stability and to various sectors of the economy. But it should also be seen as an incredible set of opportunities for sustainable growth and a green recovery from Covid-19. We will need vast amounts of investments in new green infrastructure, alternative energy sources, new research and development and green cities. About 50% of the technologies needed for a successful energy transition by 2050 are only at prototype stage. All this will need financing and quickly since we are running out of our maximum carbon budget.

Central banks are aware that there is no single agent in the economy nor one unique policy instrument that can solve global warming. They are supporting green finance and playing their role within their mandates for ensuring price and financial stability. They are raising awareness about the new type of systemic risk represented by climate change, providing new models, scenarios and guidance about climate risks and coordinating with the private sector to enable a smooth transition to net zero.

DK: Many advanced economies have been on the post-peak of the carbon emissions slope for some time already in their journey towards net zero. For emerging markets doing the same, the slope is much steeper. How can we balance the need for common global goals, metrics and benchmarks with understanding different contexts?

LAPdS: At BIS, we coined the term ‘green swan’ to characterise this new type of systemic risk. It is inspired by the concept of ‘black swan’, coined by Nassim Nicholas Taleb during the 2008 financial crisis for rare, unpredictable and catastrophic events. However, a green swan is a certainty, not a rare event if we do not act. Science says global warming is certain to happen with our current emissions of greenhouse gases.

Climate change will unleash cascading, damaging, non-linear forces that interact with each other and threaten human life. Covid-19 is related to deforestation and loss of biodiversity. It is a tragic prediction for both advanced and emerging economies if we do nothing: sudden economic and financial interruption, large supply and demand shocks, forced mass migration and deep disruption of our societies.

Now it is true that the effects of climate change will be more severe in poor countries and for poor households in rich countries. There are important redistributive consequences of climate change and of the policies to address it. That is because poor countries in general and poor people even in rich countries have less capacity to mitigate risk and to protect themselves from increasingly frequent extreme weather events such as hurricanes, wildfires and heat.

That is why climate change needs to be addressed in a coordinated way, at global and local level. Because there is no ‘silver bullet’, we need better coordination between public and private sectors, within and between public authorities (including members of the Central Banks and Supervisors Network for Greening the Financial System) and between countries through multilateral, regional and institutional arrangements.

DK: Besides global and local coordination, what is required to fight climate change? What policy tools are needed to design a transition that accounts for this?

LAPdS: Coordination of countries, governments, agents and civil society will begin moving us towards sustainable development, speed up the implementation of environment-friendly policies and reinforce our approaches to climate and environmental risks. But coordination needs to encapsulate and use multiple instruments.

We need new rules and regulations. Carbon pricing is paramount, but we need also prudential rules, transparent (many say mandatory) disclosure requirements, monitoring of climate risk exposure, accurate measurement of carbon emissions by firms, proper accounting standards, a homogeneous global green taxonomy, carbon budgets with decreasing levels of emissions till 2050 and macroeconomic frameworks incorporating climate risks. Central banks and supervisors are doing their part, but they cannot be a substitute for what other policy-makers can do in their respective areas. We need to act now because it is too risky to simply wait and see, given the effects of climate change.

We also need practical, concrete steps for the financial sector. Some are being considered: green financing, mobilising capital markets, designing portfolios aligned with the Paris agreement, long-term venture capital for new R&D, technologies for carbon capture and resources to protect biodiversity and health.

DK: Thinking more broadly about the political economy of the transition, what needs to be done to enhance the synergies and balance between private sector and official sector action for a successful transition?

LAPdS: For the climate-related transition, countries need to work together and use the global governance system of multilateral dialogue and international institutions to make a difference.

There is increasing goodwill by governments committing to net zero. There are public sector coalitions such as the NGFS, the Coalition of Finance Ministers for Climate Action and the alliance of development banks in the Finance in Common Summit. There are also coalitions of private sector organisations with up to $70tn of assets under management, including Climate Action 100+ and Net Zero Asset Owner Alliance.

There has been a strong coordinated counter-cyclical response to Covid-19 by central banks and treasuries. There are ambitious recovery plans with sustainability angles in the US, Europe and Asia. There has been fast scientific progress on vaccine development. Therefore, we do see reason for hope even if sometimes there is insufficient coordination in public health responses across countries, especially the poor ones, and risks of regulatory fragmentation with inconsistent definitions of ESG criteria.

But this year offers a window of opportunity with a renewed and rare alignment of goodwill on climate change and nature: COP15 on biodiversity, COP26 on climate and committed G7 and G20 presidencies. There will be also mounting pressure from civil society and from investors that will request, irrespective of regulatory progress, more transparency and disclosure of the carbon footprint of their own investments. It is time perhaps to embed all these important voluntary approaches into the formal international architecture to truly achieve effective international coordination.