Is the US already in a recession? 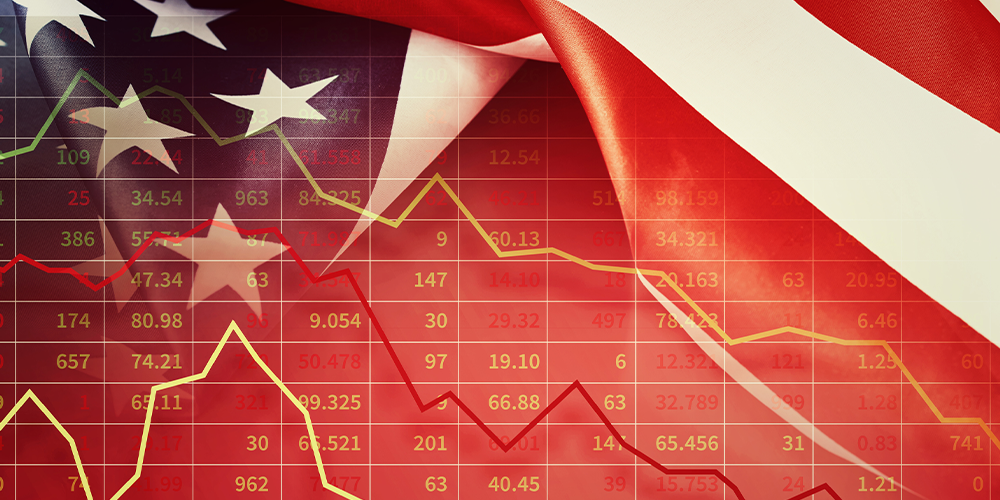 Economists often hold that a sign of a recession is when everyone believes that one is underway. It may be that this is a self-fulfilling prophecy. Or it may be indicative of a collective understanding of fundamental macroeconomic challenges. This is why the nearly 70% of economists, major financial institutions including Deutsche Bank and Bank of America, and 48% of investors believing that the economy is heading for a recession is an inauspicious omen.

Yet how will we know the US is in a recession if one comes?

The National Bureau of Economic Research is regarded as the key body that announces when there is a recession, based on their survey of key economic indicators and criteria. The last recession was spurred by Covid-19 in 2020. The one before that came during the 2008 financial crisis. Now, recession fears centre around the Federal Reserve’s aggressive tightening of interest rates — with an additional 0.75-1 percentage point increase expected on 27 July — in order to reduce inflation, which went above 8% in March. This sort of monetary contraction can choke off investment, make some debts harder to pay, and slows down spending and economic activity. This is why, as former International Monetary Fund Chief Economist Ken Rogoff recently commented, it is ‘almost impossible’ for the Fed to reduce inflation without triggering a recession.

In the first quarter of 2022, US growth was negative, at an annualised pace of minus 1.4%. Gross domestic product growth in the second quarter, expected to be released on 28 July, is also likely to be negative. Yet, this would not necessarily mean that the US is in a recession. The NBER makes the call based on a number of indicators and its approach offers a more accurate assessment than the two-consecutive-quarters dictum. To take a useful example, the recession of 2001 was not marked by two consecutive quarters of negative growth, but it was clearly a recession when one looked at other indicators such as employment.

Some economists argue that measuring gross domestic income rather than GDP also provides a more accurate look into whether a country is in a downturn. This figure is calculated around income and includes measurements like employee compensation and overall income. So, although GDP growth was negative in the first quarter of 2022, GDI grew by 1.8%. This is leading optimistic economists to argue that the current fears that the US is descending into a recession may well be followed by the NBER ultimately showing that there is none taking place.

Regardless of whether this more sanguine interpretation of the immediate economic future is true, it is worth looking at the current signs of an economic downturn. On the surface, some of the most typical preludes to a recession are already at work. These include inverted yield curves, a public perception that a recession is imminent, and deep macroeconomic and geopolitical uncertainty. A key area to look at, however, is the labour market. High levels of economic inequality and limited savings make lower income households highly vulnerable to economic shocks. As a consequence, if employment begins to decline considerably, it could have an outsized impact on consumer spending.

Recent labour market data offers a mixed and even contradictory picture. Employer surveys show that US employment is growing by 375,000 jobs on average a month, yet a survey of households estimates that the economy is losing an average of 116,000 jobs a month. As the Wall Street Journal reported, however, economists tend to consider employer surveys more accurate since household surveys have a greater margin for error. This is prompting some economists to argue that the labour market picture does not, in the words of Guy Berger, LinkedIn’s principal economist, ‘scream recession’. Indeed, when we use payroll as the definition of employment, the household survey figures are not nearly as bad as the 116,000 number indicates.

Yet unalloyed optimism may still be foolish. Despite the mixed signals coming from labour market figures, it remains true that both measurements of labour market hiring are seeing a slowdown. Initial jobless claims have also increased to their highest level since last November, higher than they were in 2019 prior to the pandemic.

Meanwhile, with mortgage rates climbing and property prices growing, the US housing market is experiencing a cooling. Earnings growth at S&P 500 companies is also decelerating, although this does not appear as bad as previously predicted. Young Silicon Valley companies are laying off thousands of employees. These all appear to be signs of a slowing economy.

So, is the US currently in a recession? The picture is mixed. Despite incontrovertible signs of tumult in financial markets and among key macroeconomic indicators, a closer look shows that the most immediate and dire recession predictions are, for now, probably too reactionary. Yet key signals of turbulence are present and the US economy is marred by several structural challenges that make shocks harder to stomach. So, while a recession might not be declared this week, the prospect of an imminent downturn remains large.