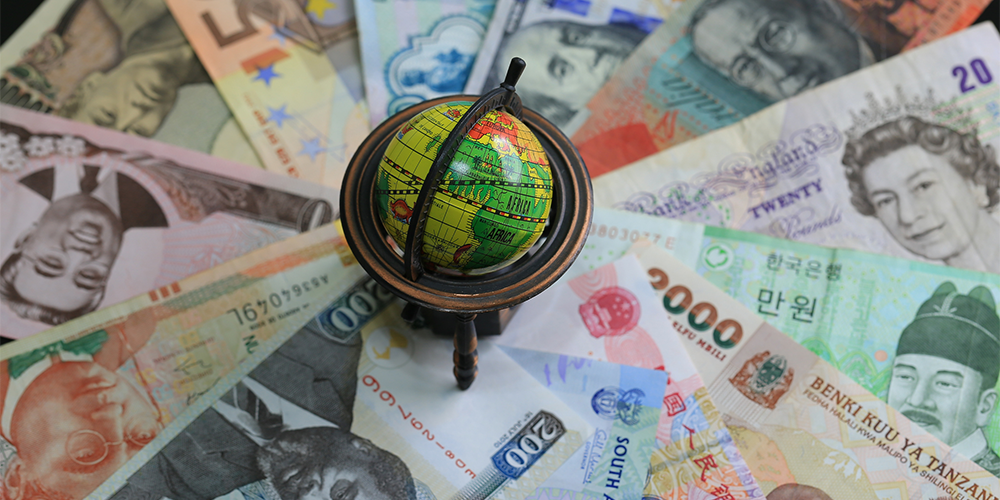 The global economic recovery is slowing as elevated commodity prices, weakened economic sentiment and rapid tightening of global rates take their toll. Earlier in July, Scope Ratings revised down its global growth forecast for this year to 3.1% from 4.5% in December. Growth will pick up slightly to around 3.6% in 2023, although the risk outlook skews to the downside.

According to this forecast, aggregate growth in the euro area will be 2.8% for 2022, down from the 4.4% forecast at the start of 2022, before normalising to 1.8% in 2023, nearer to Scope’s estimate of the potential rate of economic growth. The UK’s economy will expand by 3.5% this year (down from December’s expectation of 4.6%) with a worsening cost-of-living crisis resulting in reduced household consumption over the coming quarters. Forecast growth of only 1% is in store for 2023, 1.7 percentage points below the December estimate.

The US will see growth easing to 1.7% this year, half the 3.5% anticipated earlier. Growth of 2% is expected in 2023. The economy contracted 0.4% in the first quarter of 2022, giving rise to the possibility of a technical recession. Inflation has accelerated sharply. Consumer price inflation reached fresh highs of 9.1% in June. Inflation will peak and then gradually recede starting this year, although it will remain above the 2% objective through 2023. The Federal Reserve may hike rates to 3.25%-3.5% by the end of 2022, with rates at the end of 2023 estimated to be around 3.75%-4%.

The Japanese economy is expected to expand by 1.8% in 2022, half the rate of the earlier forecast of 3.6%. Growth will fall back to 1.7% in 2023. Growth expectations for China have been slashed by 1.6 percentage points, to 3.6% for 2022, before recovering to 5.1% next year. This recovery will act as a catalyst for slightly stronger global economic growth in 2023.

Russia’s economy will contract over 10% this year, before an L-shaped recovery in 2023. Sanctions will scupper any chance of a rapid recovery and they will remain in place over a prolonged period, assuming there is no regime change in Moscow. Turkey’s growth expectations have been boosted however, amid a credit-fuelled recovery, to 5.8% for 2022 from 3.6% previously estimated. Economic growth for 2023 will be 3.5%.

Despite the lowered global growth forecasts, the principal economic drivers are unchanged. There will be uneven growth across many economies after the crystallisation of multiple downside risks, highlighted earlier, such as rising inflation, the acceleration of central bank tightening, Russian aggression in Ukraine, emerging market vulnerabilities as major central banks taper and a correction of bubbly financial asset markets.

As monetary policy tightens, annual inflation will remain elevated. However, further significant market instability is predicted even after inflation has peaked. There is no expectation of a global financial crisis though. The gradual easing of inflation over the coming quarters alongside an economic slowdown will cause front-loaded tightening of monetary policy to decelerate, halt or even reverse by 2023.

Global growth for 2023 ought to edge up to 3.6%. However, risks to this growth estimate skew negative. There is a significant likelihood of a technical recession over 2022-23 in some countries, but such recessions are likely to be mostly shallow, with annual growth rates remaining moderately positive. Annual growth in 2023 will slow across multiple economies – China being a crucial exception – as high prices restrict purchasing power while post-Covid-19 rebounds fade.

Risks of the recovery being set back persist, as more transmissible virus variants present a renewed rise of cases and fresh economic restrictions are contemplated, such as under China’s zero Covid-19 policy.

A central risk to the economic baseline is further significant tightening of global financial conditions resulting in higher long term bond yields, a further correction in global equity markets and appreciation of the dollar. This could be the result of current high inflation further surprising on the upside and behind-the-curve central banks tightening faster than recently communicated. A halt of Russian gas exports presents a further substantial downside risk for the outlook in Europe.

Faster policy tightening will prevent inflation from becoming more deeply engrained but it raises the risk of policy mistakes that exacerbate financial instability. Alongside significant Federal Reserve and Bank of England hikes, the European Central Bank has raised rates for the first time in 11 years, while introducing a novel anti-fragmentation tool to combat the rise of bond spreads.

One legacy of Covid-19 has been a government debt overhang. In this respect, high inflation can be a positive for sovereign credit ratings in the near term via the trimming of government debt ratios. However, as inflation persists, it derails real economic growth and, over time, constrains central banks’ room for manoeuvre should price stability mandates be compromised. Persistent inflation that restricts the lender-of-last-resort function of central banks thus leans being negative for credit ratings.

Since Russia’s full-scale invasion of Ukraine, three countries have had their ratings lowered: Russia, Ukraine and Turkey. Scope has also changed three rating outlooks to negative (Japan, China and Czechia), while it has revised two countries’ outlook to positive (Portugal and Cyprus), while upgrading only one sovereign borrower (Croatia).

Dennis Shen is Director of Sovereign and Public Sector Ratings at Scope Ratings.