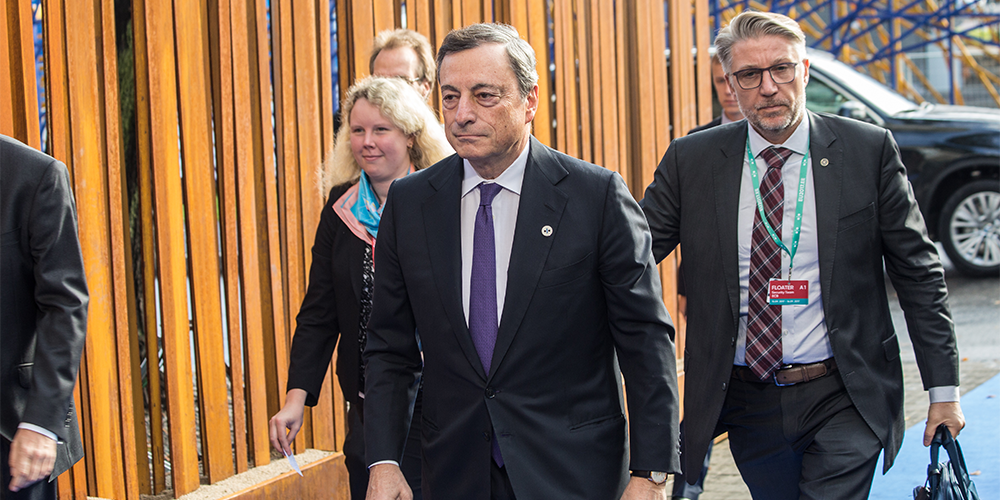 The staying power of a government led by the most internationally respected prime minister Italy has had for years finally yielded to the convulsions of a fragmented political system. The downfall was formally brought about by former Prime Minister Giuseppe Conte – whose personal grudge against Prime Minister Mario Draghi prevailed over his political judgement – and his rump Five Star movement. It was, however, engineered by Matteo Salvini’s Lega Nord party with support from Giorgia Meloni’s far right Brothers of Italy group. A crucial role was played – behind the scenes – by former Prime Minister Silvio Berlusconi, who once more confounded those who thought his decline irreversible to emerge as the mediating point in a deeply divided centre-right coalition. This coalition had been widely seen as the easy winner in elections scheduled originally for the spring of 2023.

In the meantime, Draghi’s aura continues to have a beneficial effect and is behind the relatively muted market reaction to the crisis, aided by the European Central Bank’s new anti-fragmentation tool, designed to limit spreads between Italian and German bonds. The government will remain in power until after the elections and will bring forward much of its programme. This will be sorely needed: the Next Generation European Union programme, Russia’s invasion of Ukraine, energy crisis and inflation have all been notably absent from the debates on the crisis. There is a lingering feeling that arms for Ukraine, relations with Russian President Vladimir Putin and the implementation of EU stipulations on which crucial funds for Italy depend can wait until electoral strategies have been sorted out. An irresponsible parliament gives the impression of believing that EU funds, in particular, are a given and not subjected to stringent conditions. Such things are not only Italy’s concern, but take on a more worrying tone in Rome, given the precarious state of the economy and sluggish progress of reforms. Draghi has provided a much-needed safety blanket for EU partners, but it is open to question how much and to what extent this may continue.

Provoking a government crisis was not only reckless but also self-defeating for its perpetrators. As noted by the editorialist Giuliano Ferrara, it was weird to see many young Five Star and Lega Nord members from both chambers elated by the defenestration of Draghi, oblivious to the fact that whatever the outcome of the election, which will take place on 25 September, their political and personal fates are doomed. Five Star’s alliance with Enrico Letta’s centre-left Democratic Party (PD) – which some improbably felt could provide an effective counterweight to Meloni and her allies – has fallen apart and its travails have grown. Foreign Minister Luigi Di Maio seceded from the Five Star movement, bringing with him about a quarter of its parliamentary strength, leaving an increasingly hapless Conte unable to devise a coherent response and tempted by a Mélénchon-style hard left opposition. The Lega Nord’s decline in favour of Meloni’s Brothers of Italy was not stymied by Salvini’s move and continues unabated. Salvini and Meloni are united by their Euroscepticism but disagree over Ukraine, relations with Russia and economic policy, making Salvini’s claim to overall leadership of the centre-right alliance increasingly unrealistic. There have been convulsions also in Forza Italia, with three of its senior-most members resigning in protest of Berlusconi’s manoeuvring.

The two main populist parties have been seriously diminished, with Five Star facing the prospect of total marginalisation and Salvini opposed from within, but the populist undercurrent in Italy is still present. The PD has emerged unscathed but the collapse of the alliance with Five Star reduces its chances of forming the next government. The winner appears to be Meloni, but political and personal rivalries in the centre-right coalition are difficult to manage. Italy has never experienced an electoral campaign in the height of summer, which, with an accompanying heatwave, could have repercussions on voter turnout. Any forecast at present would be adventurous, but there is a real possibility that the result will be inconclusive, with no effective government. The constellation of centrist formations under former Prime Minister Matteo Renzi, maverick leader Carlo Calenda, from the Action party, and others could attract an important section of the electorate, which welcomes a continuation of the Draghi government but fails to identify with any of the major parties. This would be contingent on their coming together in an alliance, which insoluble personality and ego conflicts make rather unrealistic.

Such are the quirks in Italian politics that there are increasing calls for a Draghi-led coalition, notably from some of those who saluted his departure. The PD in particular presents itself as the – not entirely credible – heir to his policy. There are also growing voices that, in case of post electoral paralysis, President Sergio Mattarella should call again on Draghi to lead a new emergency government. All this is paradoxical and not very likely, but it is wise to never rule out any possibility in Italy’s politics.