What’s at stake in Ukraine war 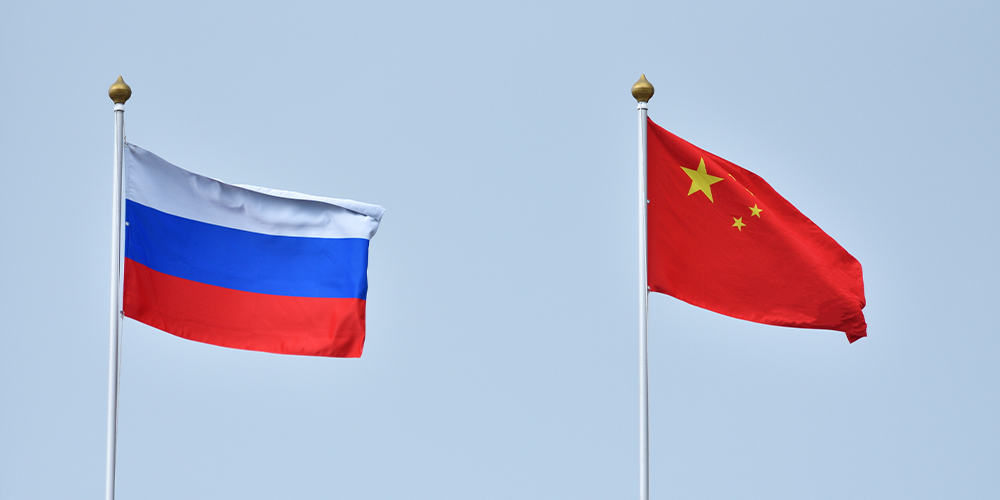 Putin, China and the West: battle of hardships that could go Russia’s way

Economic weaponry is likely to be at least as devastating as tanks and missiles in the Russian invasion of Ukraine that started on 24 February. Early western relief about the country’s resistance has given way to concern that Russian President Vladimir Putin has strong economic as well as military assets. He is preparing for a long conflict where economic pressure on the West may prove decisive.

Alongside thousands of casualties through bullets, shells and bombs, many millions of people around the world will be caught up in a parallel ‘battle of hardships’. The Russian president was probably surprised by the extent of western pro-Ukraine solidarity, but is banking on conflict fatigue growing across Europe and the US.

Already, through a squeeze on energy supplies engendered by western dependence on Russian oil and gas, Putin has contributed significantly to the highest inflation in 40 years, burdening further pandemic-strained societies.

The outcome would worsen if a hard winter and depleted gas supplies – together with possible further Covid-19 outbreaks – bring recession to Europe later this year.

For all his dictatorial hold, Putin is not entirely immune to failing public support. If the war goes badly as the West strengthens Ukraine’s forces and sanctions bite further – and especially if army ‘burn-out’ forces Putin into full-scale mobilisation – then many ordinary Russians will bristle at the president’s ‘special military operation’.

In the shorter term, however, the Russians are likely to face up to belt-tightening with greater resilience than Europe. Hardships could even strengthen Putin’s popularity.

In planning for a possible settlement, Putin will be in no hurry. The forthcoming departure of Boris Johnson, the failed British prime minister, may not immediately affect UK support for Ukraine, but this could change. Putin awaits with pleasure the probable weakening of President Joe Biden after America’s mid-term elections in November. The Italian elections, due in early 2023, may play out in Putin’s favour. With Mario Draghi, Italy’s respected prime minister, almost certain to depart, the G7 group of foremost industrial countries will be a less robust grouping in six to nine months. The strains in Europe’s monetary union could help Putin by provoking European disarray.

All these issues were under scrutiny at three days of OMFIF meetings on 4-6 July with Philip Short, British author of the meticulous biography Putin – His Life and Times. Short, BBC correspondent in the Soviet Union in the 1970s, has dissected other complex figures in biographies of Mao Zedong, Pol Pot and Francois Mitterrand. He leaves no stone unturned in attempting to unearth the essence of Putin’s character, seen as fundamentally formed in his boyhood backstreets of Leningrad, well before he joined the KGB as a 23-year-old in 1975.

Short is unsanctimonious in weighing up defence and prosecution evidence. Putin is an expert and frequent liar, but not everything he says is untrue. He has a succession plan but no one knows what it is. Reports that he is ill, possibly terminally, or that he is vulnerable to being deposed in a coup are wishful thinking. Short sees no way Putin can be toppled in the foreseeable future.

He is surrounded by clever economic technocrats who – aided by buoyant war-induced energy prices – are coping with the severe strains on the Russian economy. Short highlights Elvira Nabiullina, the central bank governor, now apparently back in the saddle after attempting to step down earlier this year. He debunks as myths the stories about Putin’s wealth. Short says Putin is interested in power not money, pointing out he cannot deploy funds abroad. Putin’s believes politics is the ‘commander’: whenever he has to choose policies, politics will win, despite any negative consequences for the economy.

Short sees geopolitics in a similarly hard-headed vein. The conflict is a proxy war with the US acting on the side of Ukraine and Russia supported by China. ‘This is all about America – sending a message to the US.’ Although his ambitions for a speedy military breakthrough were hopelessly awry, Putin may have planned the timing to coincide with already high western inflation he thought he could accentuate.

Other factors explaining the start of the war, foreshadowed in the ‘no limits’ declaration of Sino-Russian friendship at the Beijing winter Olympics on 4 February, might include last year’s disorganised western pull-out from Afghanistan as well as the retirement of German Chancellor Angela Merkel. Putin’s position in the developing world remains relatively strong. A sobering truth underlined by a interlocutor in OMFIF’s sessions, Ben Noble, co-author of a book on Putin’s imprisoned rival Alexei Navalny: of the world’s 10 most populous countries only one, the US, unequivocally supports Ukraine.

China is playing a long game. Its full intentions are not clear, but it may emerge strengthened. Russia is understandably worried about being turned into a vassal state of China – now irrefutably (for Putin, painfully) the big brother. One uncomfortable conclusion of OMFIF’s London discussions is that China is getting ready for asset freezes directed against itself in the next six to seven years. And the war is boosting Beijing’s efforts to secure energy and raw material supplies.

China’s efforts to lower reliance on exports could support its long-term plans to turn into a more consumption-driven economy. On the other hand, China has to take care. Overly antihiatic assistance for Russia could hurt its shorter-term position on global trading and financial markets, given US power over the dollar and international capital.

There is a lot at stake. Short delivers a disquieting summary. ‘We are witnessing an existential struggle. Either Nato will be shown to be a paper tiger – a military alliance whose power, when push comes to shove, isn’t what it’s cracked up to be; or it will prove capable of inflicting a strategic defeat on Russia. If it cannot achieve the latter, Putin will have achieved his main goal.’