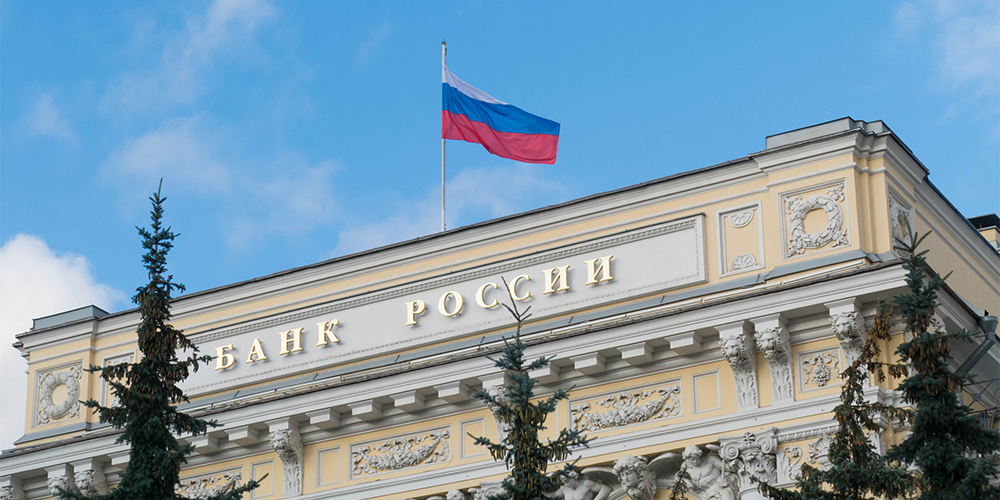 Realpolitik victory for ‘dollar imperialism’ or new search for alternatives to US hegemony?

China and other leading emerging market economies in the Brics group have effectively frozen out Russia from a ground-breaking reserve-pooling mechanism, demonstrating US success in isolating Moscow over the Ukrainian war.

Despite continued currency flows from Russian energy exports to the West – predominantly continental Europe – there are widespread expectations that Moscow may soon default on foreign debt. On 25 May, a sanctions extension on debt payments administered by the US Treasury’s Office of Foreign Assets Control is scheduled to lapse.

This means that, while Russia still has the funds to service its debt, it would not be able to send its debt service payments and could be forced into technical default – as many private companies in the country already have been. Despite bondholders’ concerns, the US Treasury does not, so far, seem inclined to allow Russia to make debt service payments.

In an effort to stave off default, Russia made the two Eurobond debt service repayments due on 27 May a week early. However, three payments totalling $394m are scheduled for the week beginning 23 June. At present, Russia will have no means of making the payments if it does not exit Ukraine. Ratings agencies have already said that making payments in roubles will not avert default.

America’s financial realpolitik appears to be working. However, this could spark a backlash, as emerging market countries redouble efforts to reduce the costs imposed by US strategic dominance, for example, by promoting non-dollar payments mechanisms.

The Brics countries (Brazil, Russia, India, China and South Africa) have launched multiple initiatives in this direction. In 2015 the bloc established what was at the time regarded as a revolutionary ‘contingent reserve arrangement’ for reserve-pooling. Chinese President Xi Jinping hailed the CRA as enhancing ‘global economic governance’ in a ‘leaders-driven co-operation framework’.

However, because the $100bn of swap lines linking the five countries’ monetary authorities can be activated only by trading through the dollar as the lynchpin of the system, the CRA has been irrelevant for alleviating Russia’s economic woes. This amounts to one of the biggest setbacks so far to emerging market economies’ efforts to challenge the nearly eight decade-old US-led Bretton Woods system.

The CRA mechanism was launched amid a widespread mood that the world’s centre of economic gravity was moving inexorably away from developed markets. Some observers dubbed the China-led strike against a Washington-centred system as a shift to ‘Beijing Woods’.

Critics of America’s institutionalised monetary power may see the setback over Russia as another victory for dollar imperialism. In a more nuanced view, many western policy-makers believe that China is bending to global realities for the moment, but will step up longer-term efforts to make dollar hegemony less of a constraint.

In a further factor limiting Russia’s financial manoeuvring room, fear of American-led financial reprisals appears a major reason for Chinese banks’ extreme reluctance to engage with Russia. As part of the ‘Beijing Woods’ campaign, China led a move in 2014-15 to found the Asian Infrastructure Investment Bank and New Development Bank, headquartered in Beijing and Shanghai respectively.

However, both institutions announced soon after the 24 February invasion that they were cutting links with Russian banks and borrowers to safeguard their global banking relationships. The AIIB, which has grown to 91 full members (without the US and Japan) since it started operations in 2016, emphasises the dollar’s pivotal role in its operations and strong links with the US financial community.

The largest Chinese banks are said to have been ‘overly compliant’ in cutting out Russia from their financial relationships. This appears to extend to cutting credit lines to Russian banks which are not on official sanctions lists. In spite of India’s efforts at neutrality over the conflict, Indian banks also seem to be very restrained over China’s engagements.

Following the freezing of a large part of the Central Bank of Russia’s monetary reserves, there had been speculation that Moscow might turn to its gold reserves – mostly held in Russian territory — as a means of relieving payments pressures. However, even if Putin and his advisers wished to do this, the Russians would be unable to use gold reserves in any meaningful way. The gold market trades in dollars. Any sales of gold, or attempts to pledge or lend it, would need to go through the market in the US currency. Some smaller Russian holders, including possibly some oligarchs, may have been mobilising gold but only in very small transactions.

Some western central bankers believe Russia might seek to carry out a direct gold-for-renminbi swap with the Chinese authorities. However, there is no evidence for this. Executing such a deal would appear to counter Beijing’s wish to maintain a safe monetary distance from Moscow.

Although sanctions threats keep the Brics bloc and others from associating too closely with Russia for the moment, they are far from abandoning attempts at greater independence from the US. India, according to local media reports, is considering a revival of the rupee-rouble mechanism. Chinese foreign policy officials have been quoted calling for more such arrangements, aiming to reduce the role of the dollar in global payments.

Reducing reliance on the dollar is an immensely difficult task. But US propensity to use monetary hegemony as an instrument for foreign policy has consequences beyond countries immediately targeted by ‘dollar weaponisation’. The reverberations spread widely among trading partners, including in developed economies. The consequences of being shut out of the dollar market can be devastating. Emerging markets’ appetite for finding alternatives will only grow in coming years.