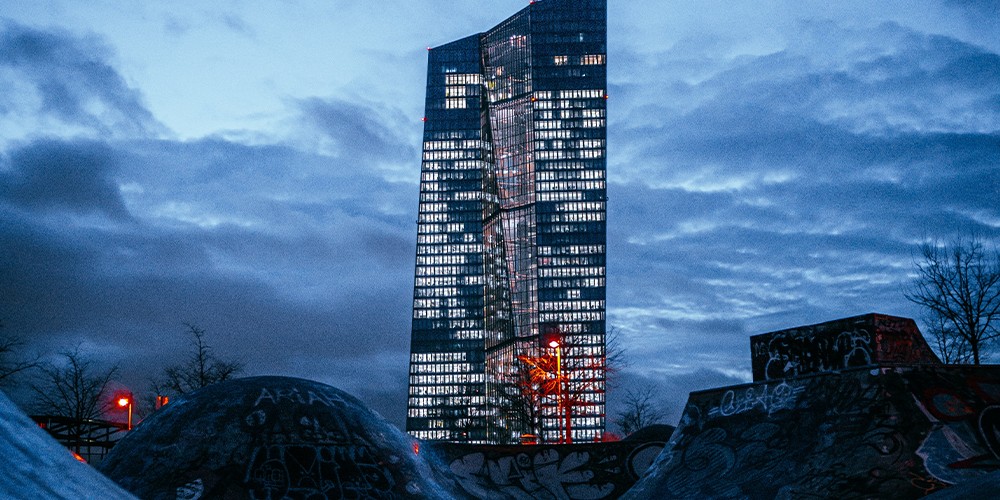 Political expediency is diluting the rule of law in the European Union’s monetary and fiscal policy. This may help financial markets in the shorter term, but the long-term consequences – including backlashes of the sort we have seen with Britain leaving the EU – will be grim.

As a centrepiece of monetary policy, Article 123 of the Treaty on the Functioning of the European Union prohibits the European Central Bank from directly acquiring debt instruments of euro area member states. The ECB may trade government bonds in the secondary market for monetary policy purposes. But purchases are not legitimate if they are used to finance government borrowing. However, under the much-increased asset purchases of the past 18 months, this is exactly what the ECB is doing. By signalling to bond traders that it will buy newly issued government bonds in the secondary market in its purchase programmes, the ECB is effectively circumventing the ban on direct purchases in the primary market.

Last year, according to its own statistics, the ECB bought 95.5% of new bonds issued by euro member states and promised to hold them in its portfolio for long periods. Under the public sector purchase programme launched in 2015, it divided up purchases among the individual states according to their shares in the ECB’s equity (the ‘capital key’). But under the pandemic emergency purchase programme decided in March 2020 it buys bonds with the aim of creating favourable financing conditions for less creditworthy states – although the proportions of bonds held are designed to return to the capital key over time.

In 2020, the ECB’s purchases exceeded new government bond issuance by 17% in Italy and 13% in Spain. The ECB has not given an answer on how it will be able to reduce these huge bond holdings – for example, by not reinvesting when the bonds mature – without creating market pressure. 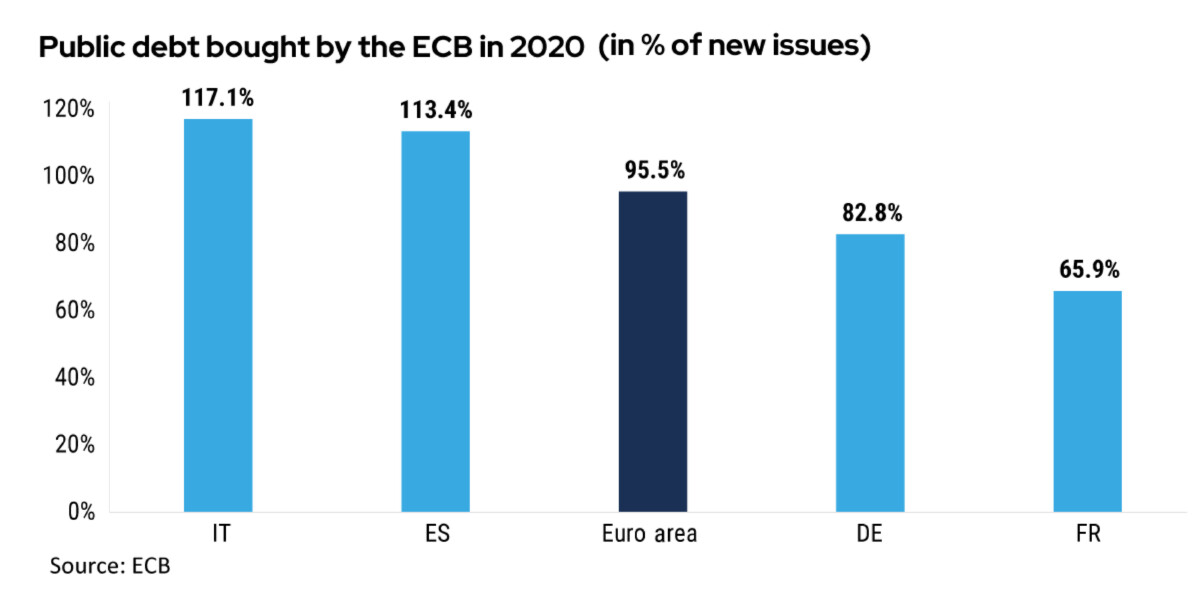 Several lawsuits against the ECB’s bond purchases are pending before the German constitutional court. One group of plaintiffs led by Markus Kerber, a Berlin-based attorney and professor of public finance, argues that the ECB, with the PEPP, is deviating from the conditions that the court, in a ruling on the PSPP in May 2020, deemed as essential to respect the prohibition of monetary financing. These characteristics include the need to fight deflation as well as allocation of purchases according to the capital key. The plaintiffs’ case that the PEPP sidesteps these conditions is hard to deny. The German judges will need to turn to considerable legal contortions to acquit the ECB of the charge of monetary financing.

Regarding fiscal policy, Article 310 of the European treaty requires the EU to balance its budget. It may not adopt any legislative act without ensuring that the related expenditure can be financed from its own resources within the multiannual financial framework. Article 311 reinforces the prohibition. Nevertheless, the European Council in July 2020 decided to borrow €750bn to finance the Next Generation EU fund set up as a central element of the EU’s response to Covid-19.

Common sense says that this is unlawful. But Article 311 decrees that the Union can introduce new categories of ‘own resources’. So far, own resources include customs revenue and the membership contributions of EU states. As Roland Vaubel, a professor at Mannheim university, has written, the EU now apparently wants to add debt financing to the system of own resources as another category, on the grounds that debt is supposed to be repaid with own resources later on. This reading of the law can be understood only by applying the concept of ‘doublethink’ from George Orwell’s 1984.

Another group of plaintiffs, led by Bernd Lucke, an economics professor and founder of the original Alternative for Germany party, argues that EU debt financing violates the right of parliament to decide over German government finances, enshrined in Germany’s Basic Law or constitution. The plaintiffs wanted an injunction to prevent President Frank-Walter Steinmeier signing the ratification bill. The court rejected this on 21 April. But, in an Orwell-worthy masterpiece of linguistic ambiguity, the judges stated that the constitutional complaint ‘is neither inadmissible from the outset nor clearly unfounded … it is at least possible that domestic ratification could encroach upon the constitutional identity of the Basic Law … or that the decision to be ratified might exceed the EU integration agenda… in a manifest and structurally significant manner.’ The court warned that the government and both chambers of the German parliament would have to restore compliance with the constitution should the final ruling find the complaint justified.

Hardly any German government politician assumes that the court will dare to deny EU debt financing of NGEU. They draw comfort from past court rulings. These suggest that, instead of launching attacks to fend off the hollowing out of European law and watering down of German sovereignty as enshrined in the constitution, the court prefers to fight rear-guard actions against measures which have already been enacted.

The court may eventually rule that the NGEU must not be repeated. The judges are civil servants, after all. All they can do is to remind parliament that it should either act within the law or change it – which in this case would require a change of the German constitution, universally held to be politically impossible.

More generally, the problem is that pro-European German politicians want to go beyond the legal framework set by their predecessors, but do not dare to change it out of fear of their electorates. This will provoke backlashes from parts of the population who object to undermining the rule of law. A Brexit-like movement gaining the upper hand in Germany is unlikely. But, as the NGEU plan unfolds, some form of German setback to closer European integration cannot be ruled out.