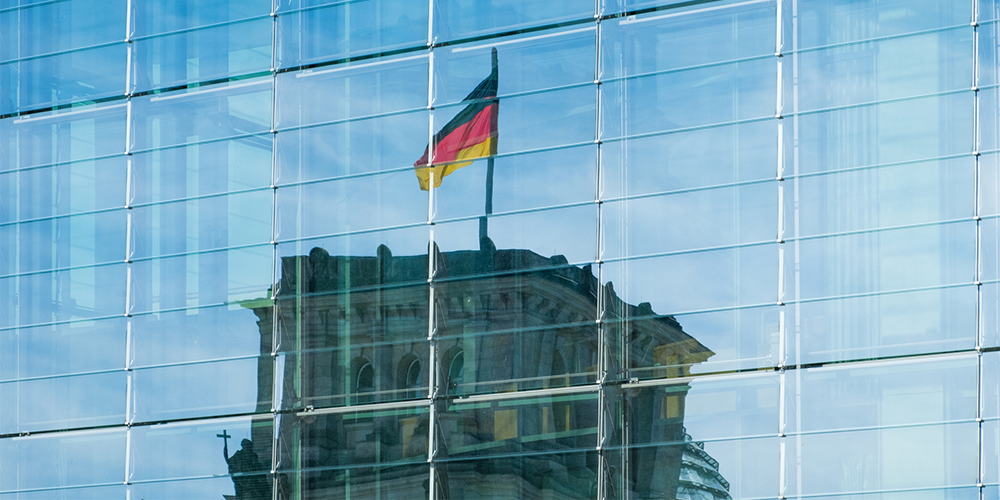 After years of prioritising a balanced budget over proactive public investment, the country is now paying the price

When it comes to public finances, Germany is notorious for its hard line stance on public debt sustainability. Given the country’s self-inflicted energy dilemma, have recent geopolitical events led the country to change its tune?

Not according to a position paper published by the ministry for economic affairs and climate action (BMWK) on 5 August.

The proposal, which outlines the German government’s stance in the upcoming European Union fiscal reform debate, suggests two key changes to the current framework. For one, it would do away with the ‘1/20 rule’ of the excessive deficit procedure, or the annual reduction of the debt ratio by 1/20 of the difference between the actual debt-to-gross domestic product ratio and the mandated 60% threshold. While certainly a more lenient approach than the current regulations, a reintroduction of this rule would have been excessively painful and counterproductive to enforce, given governments’ excessively high debt levels in the wake of the pandemic.

The second substantive reform concerns the enforcement mechanism of the stability and growth pact. It includes the possibility of making the European Fiscal Board ‘organisationally independent’ from the European Commission to facilitate ‘more consistent’ (i.e. stricter) enforcement of the rules.

In essence, the proposal is a quid pro quo: in exchange for a marginally higher degree of flexibility in the form of temporary allowance for higher public investment (albeit keeping the medium-term objectives for the structural deficit), more strictly enforced deficit procedures will be sought. This was confirmed by Germany’s finance minister, Christian Lindner, in a 4 August Handelsblatt interview.

Apart from these reforms, there is little proposed change to the fiscal framework, which has been criticised for being overly complicated, ineffective and no longer fit for purpose. As it stands, the German proposal explicitly rules out ‘factoring out specific items of categories of expenditure’, an indication that a more robust overhaul of the EU’s fiscal rules — such as Olivier Blanchard’s so-called ‘fiscal standards’ proposal which made a splash among experts — will not be on the table.

But this seems a curious position for the country to take, especially given the precarity of the German economy.

Despite warnings from other member states, as well as a domestic political backlash, Germany has consistently bet over the past decade on the promise of Russian gas imports. Germany positioned itself as Europe’s economic powerhouse by fuelling an export-led growth model with cheap energy, benefitting from wage repression and a relatively weak euro (a model which some point out had already become outdated prior to Russia’s February invasion of Ukraine).

But the fallout from the war in Ukraine is demonstrating the regressive nature of Germany’s preoccupation with fiscal austerity. While the medium term plan is to scale up wind, solar and green hydrogen energy, the BMWK has resorted to issuing environmental waivers for reopening coal plants, the most emissions intensive fossil fuel, to produce more power over the short term. This is a catastrophic setback for a country which prides itself as a leader in sustainability and with the Greens in the ruling coalition.

Chronic underinvestment in infrastructure and domestic energy sources have resulted in high economic and social costs. Prior to the outbreak of war in Ukraine, 55% of household and industry gas imports came from Russia. While this has been reduced to 35%, Germany remains the largest EU importer of Russian gas in nominal terms. In the interim, the country has been forced to buy pricey gas on the spot market, fuelling inflation across the entire economy. Moreover, it has been estimated that domestic firms, whose gas consumption accounts for 37% of the country’s total use, would run out of energy within three months of a complete Russian cut off, which could trigger a country-wide economic meltdown.

Ironically, the same southern European member states once accused of ‘living beyond their means’ by the Germans could come to the rescue of northern member states. Due to a combination of proactive infrastructure investment, energy investments and milder winters, Italy and Spain, in particular, may be exporting excess gas reserves to Germany in the coming months. This energy sharing model, currently just a voluntary effort, was outlined in the European Commission’s July 15% Russian gas reduction plan.

Given the voluntary nature of this plan, in the case of a full-blown energy crisis, it remains to be seen whether fellow member states will meet Germany’s plight with solidarity or schadenfreude. Either way, the power dynamics of the euro area are shifting. Their position as energy exporters will no doubt be a bargaining chip for the more heavily indebted southern European countries as they gear up to face Germany in the upcoming fiscal debate.