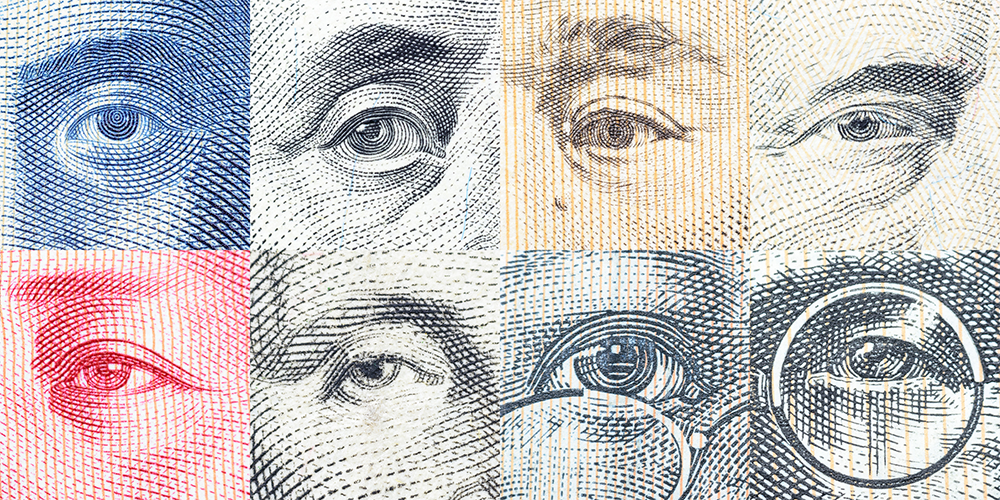 Who’s to blame for inflation? Guidelines for censuring central banks and governments

Who will prevail in the struggle to apportion guilt as some larger industrial countries teeter towards stagflation? The answer will not be clear for months, if not years. Russia’s invasion of Ukraine accelerated the already perceptible rise in inflation in major countries. This sharpened the central bankers’ dilemma over whether, when and how to risk unpopularity by tightening hitherto over-accommodative monetary policy. And it has accentuated the blame game in which politicians and central bankers joust to censure each other for policy mistakes behind the biggest surge in inflation for 40 years.

All this forms the background to a thoughtful book on the economics of central banking by Jagjit Chadha, director of the National Institute of Economics and Social Research, Britain’s oldest independent research institute. The Money Minders ranges over the broad theoretical and philosophical gamut of central bank policy-making. Chadha provides particular insights into the dilemmas behind resorting to full-scale government bond purchases through quantitative easing after the 2008 financial crisis. He gained prominence in June by accusing the UK Treasury of losing taxpayers £11bn by failing to take out insurance on interest rate rises, depleting the value of £895bn of reserves created by QE.

Chadha recognises that central banks have now probably irreversibly crossed the threshold into the political arena. His book on the technicalities of money and credit is a useful complement to a separate tome on central bank governance by Paul Tucker, former Bank of England deputy governor.

The borderline between these issues can be painfully narrow. After war broke out in Ukraine, I predicted that central bankers would retreat from a frontal assault on inflation – stepping diplomatically away from the purest interpretation of their mandates, and gaining popularity and acclaim in the process. Following a month in which the Federal Reserve has raised rates (for the second meeting in a row) by 0.75 percentage points, and the BoE and European Central Bank by 0.5 points, that forecast might look awry. The BoE, having extended QE for far too long last year, must gradually dismantle a vast monetary overhang that has added to price strains. Facing an inflation rate that will peak at 13% this year – two-and-a-half times higher than its prediction only nine months ago – the BoE speaks about a protracted recession.

Despite all this, on closer inspection, central bankers are still pulling their punches. Jacques de Larosière, former governor of the Banque de France and a veteran critic of over-easy monetary policies, points out that interest rates in real terms are still substantially negative in the major industrialised countries. De Larosière has persistently argued that central banks should have speeded ‘normalisation’ by starting rate rises last year. The ECB has belatedly decided to end across-the-board QE and negative interest rates. But it has launched its transmission protection instrument – crucial legal and technical details of which are still being hammered out by ECB committees – to guard against excessive rate rises on the most heavily indebted euro members’ bond markets. The European inflation rate is likely to remain at 4%-4.5% over the next year, falling back from 9.6% in July (lower at 7.5% in Germany) as the energy price spike fades. That is still a long way from the 2% medium-term target – hardly a sign of central banks stepping heavily on the brakes.

In the US, there are strong grounds for believing that Jerome Powell, the Federal Reserve chair, wished to delay active moves towards tightening ahead of his November 2021 reappointment by President Joe Biden for a second four-year term. This stemmed less from a specific desire to safeguard his own position and more from a view that earlier Fed rate hikes would have sparked calls from the Democratic party for a forthright dove to take over the reins in February 2022 – with a deleterious effect on the inflation outlook.

In the meantime, central bankers everywhere are facing complaints about complacency and tardiness. Andrew Bailey, governor of the Bank of England, has attracted the ire of Liz Truss, front runner in the contest to become British prime minister after 5 September. Australia has launched what Truss has proposed for the UK – a full-scale review of its central bank’s policy framework, after Phil Lowe, Reserve Bank of Australia governor, described forecasting errors as ‘embarrassing’. Christine Lagarde, ECB president, said in December 2021 that ‘under present circumstances’ rate hikes in 2022 were ‘very unlikely’ – but has yet to signal any obvious discomfort.

Tragedy and triumph habitually linger close together. In his book, Chadha voices the hope that ‘behind the scenes’ recalibration of central banks’ instruments and models will allow monetary policy-makers to carry out a ‘heroic role… to avoid Athenian tragedy’. In a similar inflation context to today’s, Arthur Burns, the supremely unheroic Fed chairman in 1970-78, gave a 1979 valedictory  lecture on power and philosophy in which he reflected on central bankers’ ‘anguish’ – the prelude to a successful (but painful) assault on price rises by Paul Volcker. The best central bank governors do not need to (and probably should not) be heroes. But worldwide central bank politicisation puts heroism – and, if necessary, willingness to die a martyr’s death – somewhat higher up the list of their necessary attributes.