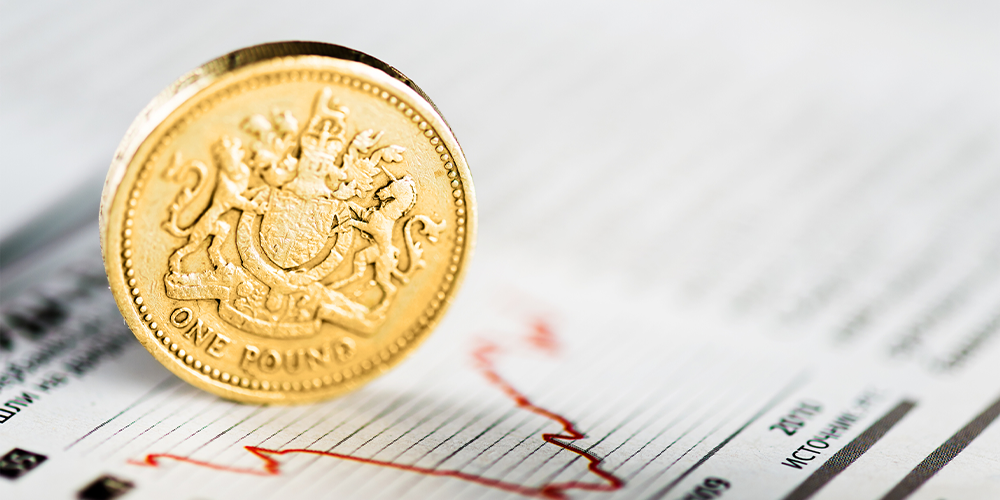 Lesson from Margaret Thatcher: foolhardy to aim for bonanza in the midst of stagflation

The economic debate among the two candidates bidding to become the next British prime minister shows a frightening sense of unreality. Liz Truss, the foreign secretary, is the frontrunner in the contest, to be decided by 5 September in a poll of Conservative party members. If she wins, and enacts her promise of immediate tax cuts, the only safe prediction is that sterling will crash. The pound’s fall on 4 August – after the Bank of England raised its headline rate to 1.75% and warned of 13% inflation and a protracted recession – delivers a taste of things to come.

Britain’s combination of economic downturn and inflation is likely to be as severe and possibly as long lasting as in the 1970s. Truss’s policies are likely to make it worse. The idea of a bonanza amid stagflation is not just bold; it is foolhardy.

The other contender, Rishi Sunak, former chancellor of the exchequer, whose resignation on 5 July helped precipitate Boris Johnson’s resignation, is not much better. He is promising tax cuts, not straight away but the day after tomorrow. The rivals claim they are carrying forward the lessons of Margaret Thatcher, prime minister in 1979-90. Truss and Sunak appear to believe Thatcher was exclusively about success. They are forgetting that this involved hard sweat as well.

Thatcher’s record shows she was determined to inflict pain before rewarding the punters with tax cuts. Upon taking office in 1979, Thatcher’s government doubled the rate of value added tax to 15% from 8%. She believed, rightly, voters had to accept hardship as a prelude to facing up to economic reality.

If Truss becomes leader, she would follow the opposite course, with a pliant chancellor (perhaps Kwasi Kwarteng, the present business secretary) carrying out her bidding. Truss’s policy on tax cuts would prolong the often bizarre nature of Johnson’s three year rule.

As for Sunak, if he loses, he would be unlikely to join a Truss cabinet. Losers in these contests do not go further despite fighting a good fight. My hunch is that Sunak is unlikely to stick around to fight the next election, due by 2024 at the latest. Like Johnson, whom he does not resemble in any other way, Sunak may decide he can earn more outside parliament. In my crystal ball, I have always seen him as more likely to run Goldman Sachs or Credit Suisse than take the keys of 10 Downing Street.

The two contenders need to get a grip on the true state of the economy. The years since the 2008 crash have not been good for Britain. The UK has a productivity problem. Public infrastructure has displayed serious shortcomings in health, social care and housing. The energy price shock reflects the UK’s long period of not taking the climate change challenge seriously. Neither candidate has put forward credible policies on net zero. On issues ranging from house insulation and water resources to achieving an optimal energy mix from wind and nuclear power, Britain has shown important failures. The cost of the neglect is most obvious for the less well-off half of the population.

The energy upset is reminiscent of the 1970s and 1980s when the UK went through a transformation, abandoning Keynesian policies and adopting a monetarist approach. Inflation rose above 20% and unemployment exceeded 3m. All revenue from North sea oil and the privatisation of public sector firms was spent on paying for unemployment. Only after eight years of misery and a third election victory did Thatcher allow Nigel Lawson, her second chancellor after Geoffrey Howe, to cut taxes.

The eccentric manner in which the Conservatives have said goodbye to Johnson, after a wholesale strike by his cabinet colleagues, demonstrates the party’s divisions. This is the first leadership contest of the three since 2016 in which the Tory membership will decide the outcome. This could well lead to problems in relations between the Conservative party and parliament.

Those difficulties extend to other parties too. During the last stagflation crisis, in the 1980s, the Labour party lost its leader, Michael Foot. He was replaced by Neil Kinnock and the ‘gang of four’, representing its pro-European right wing, who founded the Social Democratic party and then merged with the Liberals.

This time around, Labour may face an even bigger split. The forthcoming election could intensify these fissures. Both the Conservatives and Labour could divide into two. With the Liberals plus the Greens, as well as the Scottish and Welsh nationalists, Britain’s party political landscape could become much more like that of European democracies with multiple parties and coalition governments. I would not rule out a move to proportional representation.

If economic disarray ensues, centrifugal forces will strengthen. Truss’s advisers need to tell her that, if she wins, sensible taxation policies will be the crucial condition for keeping Britain on an even keel.

Meghnad Desai, Chairman of OMFIF’s Advisory Council, sits in the House of Lords as a cross-bencher. In 2020 he resigned from the Labour party after 49 years of membership.