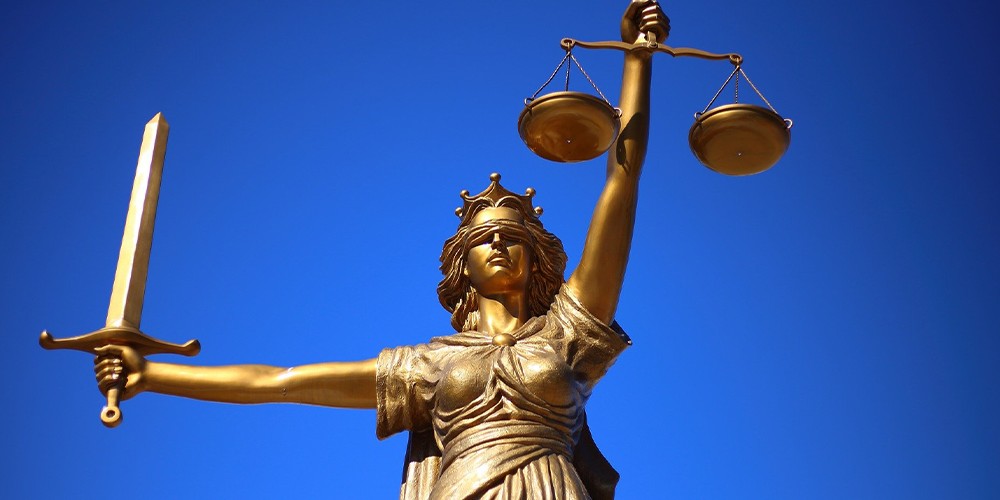 The European Central Bank may become trapped in a disruptive pincer movement as a result of four disparate German court challenges to vital elements of Germany’s European policies.

The litigation at the constitutional court in Karlsruhe could, in extreme circumstances, upset the European Union’s plans for a ground-breaking €750bn borrowing programme, starting this summer, and the ECB’s possible autumn extension of its €1.85tn emergency asset purchases.

The latest legal action, including delaying German ratification of the Next Generation EU plan, could result in the court asking for further Berlin parliamentary control over borrowing, lending and disbursements under the recovery plans agreed in July 2020. This could undermine the EU’s aim of setting up a pan-European sovereign borrowing agency. And it would dismay Germany’s European partners at a difficult time for Angela Merkel, due to step down after Germany’s September parliamentary election.

A senior government official said he was ‘not losing any sleep over the matter’. At present, just over half the EU’s 27 members have ratified the NGEU plan, but pressure on Germany to move ahead will rise if it becomes one of the last ‘hold-outs’. 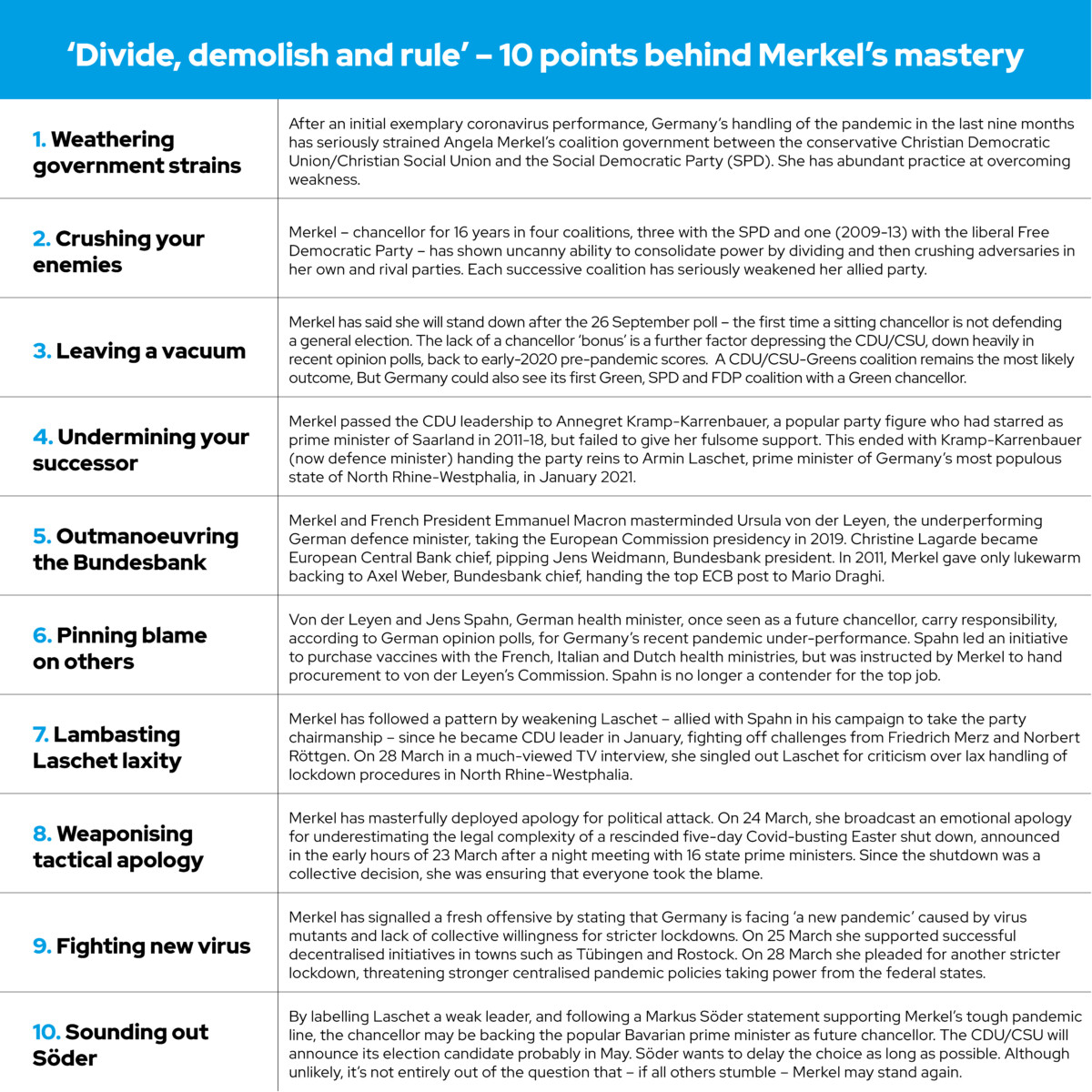 The threat of a ‘pincer attack’ on the ECB stems from the possibility that extraordinary legal wrangling over the NGEU plan will increase the central bank‘s need to expand and/or extend the pandemic emergency purchase programme. If the ECB decides on that course, possibly in September, it could run into possible complications over a separate court case announced on 11 March alleging that the PEPP infringes the European treaty ban on monetary financing.

The Karlsruhe charges are being lodged by disparate groups of disgruntled German citizens, partly supported through crowd-funding English- and German-language appeals, as well as the far-right Alternative for Germany opposition party. The plaintiffs, unlike in the drawn-out 2015-20 case over the ECB’s pre-pandemic €2.2tn public sector purchase programme, are fighting uncoordinated rival campaigns, competing in legal arguments and in bids for media attention.

The multiple legal attacks may make combating them more arduous. This is compounded by the significant differences over European policies which have opened between Merkel’s Berlin coalition partners. The conservative CDU/CSU parties and the Social Democratic Party (SPD) are displaying increasing mutual hostility ahead of the September poll.

Even if the court decides, as in the past, not to torpedo fundamental aspects of Berlin’s European polices, the litigation adds to psychological pressure on the German government. The patchy European recovery, with Germany expected to regain its pre-crisis economic position by the end of 2021 or early 2022, a year ahead of Italy or Spain, adds to expectations of German generosity in pan-European crisis action.

French President Emmanuel Macron is suggesting topping up the €750bn recovery plan to match President Joe Biden’s ultra-Keynesian stimulus. Jens Weidmann, the Bundesbank president, is fighting a rearguard battle to prevent the PEPP becoming permanent. He is steeling himself for French arguments on extending the PEPP beyond March 2022, encapsulating the fraught period around the French presidential elections a month later.

The 11 March court action on the PEPP, led by Berlin attorney and professor Markus Kerber, makes use of copious Karlsruhe documentation in last year’s landmark PSPP judgment. Kerber’s case alleges that the ECB’s legal language launching the PEPP in March 2020, especially ‘flexibility’ on disproportionately purchasing bonds of the most heavily indebted states, infringes Karlsruhe’s May 2020 definition of monetary financing.

The ECB is reacting with equanimity. A key question is the extent to which the ECB’s government bond PEPP purchases depart from the ‘capital key’ – a proxy for euro members’ economic size. Having widened when the pandemic started in March 2020, deviations have subsequently fallen. ‘The legal document [in March] states that we will be guided by the capital key,’ one official said. ‘This is what is happening: this is not a big issue. This is one of our success stories.’

A separate case brought by Bernd Lucke, a Hamburg professor and former member of the European parliament, who founded the AfD in 2013 but subsequently broke with the party, centres on the recovery fund. The action deploys similar arguments to those used by the independent German federal accounting office and the CDU-affiliated Konrad Adenauer Foundation. The litigation, backed by 40 disparate German professors and more than 2,200 Germans who have raised €30,000 to €40,000 for the action, postulates incalculable financial risks for the German budget in future years owing to lack of clarity over repaying NGEU debt.

Germany’s NGEU ratification was agreed by both houses of parliament last week. The second chamber, the Bundesrat, grouping the German states, voted in favour in a non-prepublicised last-minute move on 26 March. The constitutional court responded with an unusually aggressive formal statement the same day. It prohibited German President Franz-Walter Steinmeier from promulgating the ratification act while it examined a 40-page request for an injunction submitted last week by the Lucke group’s lawyer, Hans-Detlef Horn. The court’s examination of the injunction plea, a possible prelude to a much lengthier court case over several years, is expected to take ‘weeks not days’, according to a court official.

Compared with the Lucke and Kerber actions, the court may have more qualms about giving attention to two separate AfD claims. The first, focused on the PEPP, launched last June, while the second is due to be filed after Easter, with a request for an injunction over the NGEU.

The Lucke group is drawing comfort from squabbles in Merkel’s coalition. CDU/CSU deputies have argued for NGEU ratification on the grounds that the recovery fund is a once-and-for-all measure to combat the pandemic.

The SPD, especially Finance Minister Olaf Scholz, the party’s chancellor-candidate in the September elections, has stated that it is a permanent facility ushering in European fiscal union, for which the litigants say there is no constitutional basis. If the Lucke case passes initial examination and become a fully-fledged process with a public court hearing, the Lucke group would consider summoning Scholz – at some undefined future date – as a witness to support its contention of unconstitutionality.

David Marsh is Chairman of OMFIF and Andreas Meyer-Schwickerath is Director of OMFIF Germany.