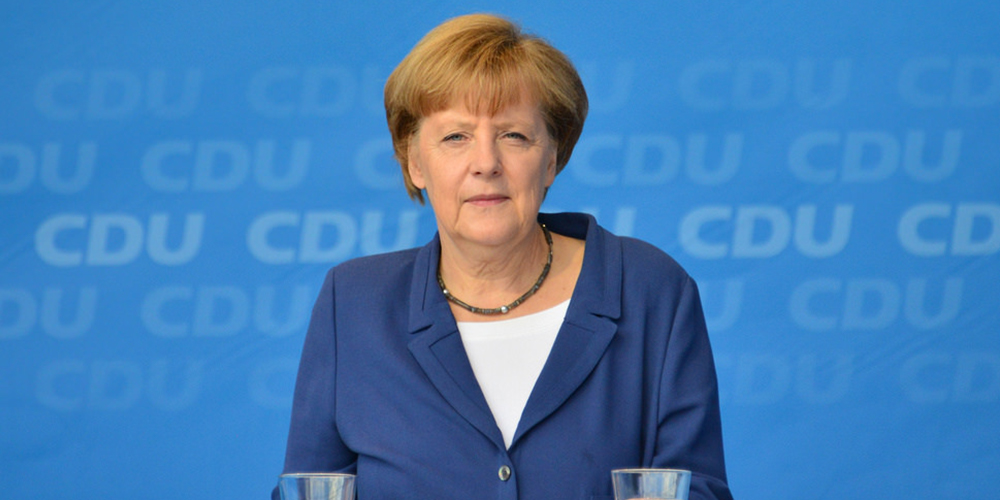 Growing unrest in the CDU over Merkel’s leadership and continued doubts over Germany’s direction after the forthcoming general election in September are likely to make winning German consensus for the European Central Bank’s continued monetary easing still more problematic. The complexities of Germany’s kaleidoscopic federal decision-making, which is increasingly hampering pandemic policies, may encumber enactment of the €750bn European Union recovery fund, crucial for spurring the continent’s economic rebound.

In a disastrous showing for Merkel and newly elected CDU chairman Armin Laschet, the score of Europe’s pivotal political party slumped to record lows in state elections held on 14 March in Baden-Württemberg and Rhineland-Palatinate. Both regions are former CDU strongholds.

Voters punished Merkel and her allies for Germany’s handling of the Covid-19 crisis, especially over sluggish vaccination progress, and for well-publicised misdemeanours by conservative parliamentarians, many of which are related to pandemic procurement deals (see table below).

The results were influenced by local factors and relatively low turnout in largely digital elections. These key regional results boost the likelihood of the CDU and its sister party, the Christian Social Union in Bavaria, turning to Söder rather than Laschet to lead the CDU/CSU in the 26 September general election. A decision is expected in the next two months.

The outcome strengthens the hand of Friedrich Merz, former CDU grandee narrowly defeated by Laschet in the CDU chairmanship election two months ago. Bitterly opposing Merkel for having eroded the party’s conservative identity and stifling internal party dissent, Merz has decided to play a leading role in the election campaign. He will be stepping up his anti-Merkel harrying on the domestic and international stage.

The results, producing clear victories for the Green party, increase uncertainty about the general election outcome, where an anti-CDU ‘traffic-light’ coalition of the Greens, Social Democratic Party and liberal Free Democratic Party becomes a greater possibility. Winfried Kretschmann, for the Greens, and Malu Dreyer, SPD, popular incumbent prime ministers in Baden-Württemberg and Rhineland-Palatinate, comfortably held on to their positions. They rule in coalition with the CDU and with the FDP and Greens, respectively.

Dreyer’s victory in Rhineland-Palatinate is a welcome tonic for the SPD – junior partner in Merkel’s lacklustre Berlin coalition, trailing badly in opinion polls and opposing her with increasing aggression on pandemic policies. SPD strategists now believe the party could cling to power after September in a nationwide Rhineland-Palatinate-style alliance with the Greens and the FDP.

Both states in southwest Germany, prosperous examples of post-war German recovery, were previous long-standing CDU heartlands. Underlining waning support for the CDU in once reliable power bastions around the country, the party’s vote in the two regions slumped to 24.1%, down 2.9 percentage points on the previous poll five years ago, and 27.5%, down 4.3 percentage points, the lowest-ever CDU score in each state.

The party’s share of the vote in Baden-Württemberg is now half the level it attained at the peak of its 60-year post-war supremacy during the 1980s. It has been handed to the Greens with Kretschmann, a universally popular figure since he won power a decade ago. In Rhineland-Palatinate – once the domain of Chancellor Helmut Kohl – the CDU now has 50% of the score it regularly won until German unification in 1990.

Underscoring the bitterness towards Merkel is some sections of her party, a leading CDU figure said of her administration: ‘There is no corporation in the world where such people would be allowed to stay on in their positions. They would be asked to leave at the annual meeting. There is not a single person in the cabinet who is capable of carrying on the job as chancellor. This is not a coincidence. This is part of the strategy followed by Merkel to ensure that no person should be in her government team who could pose a threat to her. She has chosen not just B people for her government, she has chosen the C team.’

Merkel is entering the final months of her 16-year chancellorship pressed on multiple fronts. She is under fire, after an initially successful six months of pandemic fighting, for indecisive leadership over Covid-19 measures, particularly for her lack of authority over state premiers, where nine of the 16 states are now run by adversaries. She overruled initial efforts by Jens Spahn, her increasingly hapless health minister, to seek alliances with other leading European states to purchase vaccines. Instead, she decided to place procurement in the hands of the European Commission and her former colleague, Ursula von der Leyen, now commission president – a decision widely regarded as a failure.

Merkel is facing growing scepticism from industry bosses who blame her for a shift to the left in CDU policies, weakening Germany’s position as an industrial base. And she faces a torrid period on the international front, particularly in choosing priorities over the US, China and Russia in controversial economic and foreign policy issues.

With only six months until an election widely seen as setting her legacy, the curtain looks likely to come down on Merkel at a singularly unfavourable time.