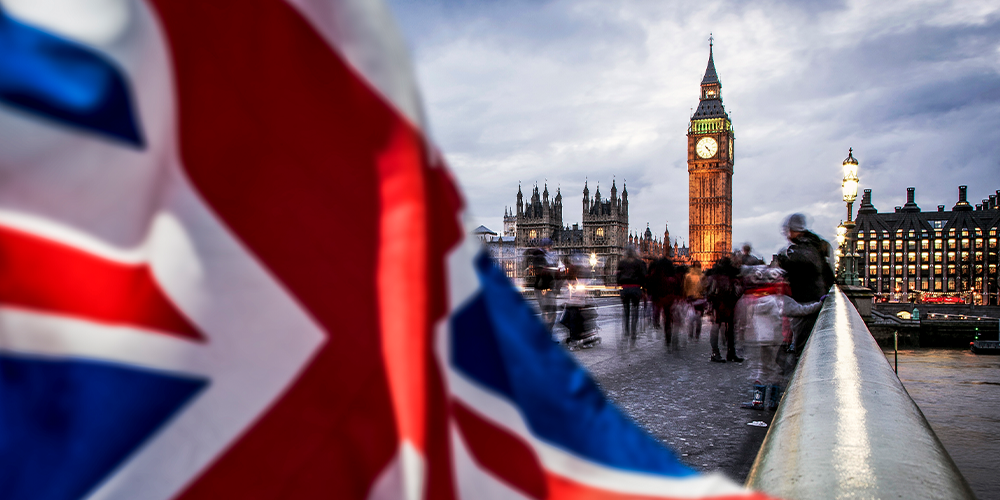 More than half a century of slow growth in the UK, culminating in the 2008 financial crisis and austerity, has left Britain grappling with an identity crisis. Post-empire, the country has been unable to decide whether to be small and open, or small and closed.

The most obvious sign of this was the battle about the UK’s departure from the European Union. Enlargement of the EU, which had led to the influx of eastern Europeans, was no longer welcome after 2008. Immigration, leaving race aside, was unwanted. Since the latest inflow was a consequence of membership of the EU, and, hence beyond British control, Brexit gained ground as the magic bullet to solve the growth problem. It divided the Conservative as well as the Labour party.

Austerity did not help matters. When the Conservative party was returned with a majority in 2015, pressure grew within the ruling party to hold a referendum on the issue. The result was largely based on English rather than Scottish, Welsh or Northern Irish votes.

British politics has gone into a tailspin since those events of 2016. David Cameron resigned as prime minister. His successor, Theresa May, somewhat unnecessarily called an election in 2017 and lost her majority. This inaugurated her term with outside support from the Democratic Unionist Party from Northern Ireland. Negotiating Brexit proved hugely contentious within both principal parties but much more in the ruling party. May resigned and was replaced by Boris Johnson who promised to deliver Brexit. The Conservatives were re-elected with a very large majority in 2019.

But growth had in the meantime disappeared. It was argued by the Brexiteers that membership of the customs union of the EU, as well as its restrictive labour legislation, was holding back UK growth. Exit from the EU would immediately bring the benefits of free trade with the world at large.

Then almost immediately after Brexit, the Covid-19 pandemic broke out across the world. Both the aggregate demand and aggregate supply collapsed. The UK, like most other countries, decided to live on debt. The quantitative easing practised in 2008 had reduced yields to a low enough level for such debts to be financeable. But gross domestic product everywhere went into a V shaped tumble – deep decline followed by a steep rise – bringing the economy back, more or less, to the situation before the crisis.

Out of the pandemic, reality has resumed its grim visage. Brexit has not delivered the miracle cure. The Remainers are ecstatic that their forecasts proved correct. But there is no immediate, if any, way back. The Brexiteers will not admit that gains of free trade outside the EU are illusory. The Office of Budget Responsibility, established during the coalition government of 2010-15, has concluded that Brexit has caused a permanent loss of output capacity. The shortage of labour in the public services sector caused by the return of the eastern Europeans to the EU has yet to be accounted for, let alone admitted.

The UK has had three prime ministers without having held a general election in 2022. The discontent has been within the Conservative party, surprisingly among the Brexiteer wing from where all three prime ministers have come. Johnson resigned in July and was replaced by Liz Truss after a party leadership contest. She launched what she believed was a sure-fire growth strategy – drastic cuts in personal income tax to ignite growth, which would pay for the tax cut. This may have been the right strategy but it lacked clarity as to how it was to be paid for in the short run (before the extra growth fructified), causing a collapse in sterling and depression in the gilts market. She had to resign after 49 days in office. Rishi Sunak, formerly chancellor of the exchequer, replaced her in October.

The economic situation has changed sharply regardless of political turmoil. Energy prices have risen drastically due in part to the Russian war in Ukraine. The global economy faces years of stagflation somewhat similar to what happened in the 1970s. The need of the hour is fiscal consolidation and a strategy to contain inflation. Growth problems normally lose priority in such circumstances. Even so, a quick survey of the economic circumstances which the UK economy has faced could reveal where we should look for a growth strategy and which magic bullets to avoid.

The most recent lunge for growth via tax cuts by Truss tells of the many extreme remedies being entertained as the magic bullet to solve the growth problem that have not succeeded. It may be the moment to look again at the growth anxiety in the British economy.

The fragility of sterling has been a constant over the 77 years since the second world war. Sterling declined from $4.70 before the war to $2.80 in 1949, to $2.40 in 1966 and to around $1.15 now. Manufacturing, which was the magic bullet from the late 18th century, had been causing anxiety due to American and German competition by the end of the 19th century. Then the first world war and the great depression postponed any search for growth. The post-second world war years saw a resumed search for growth along with full employment and the development of a welfare stare.

Manufacturing was thought to be the key with new technology. In the 1970s, Prime minister Edward Heath tried to encourage a free market especially in banking and tax cuts. Then the oil shock of 1973 ruled out any prospect for growth for two decades as the economy had to fight inflation.

Europe was another magic bullet. But the membership of the European Economic Community (later European Community and then EU) did not prove to be the answer. As the European Community moved towards ‘ever closer union’, the UK proved reluctant to be part of the experiment. The older traditions of free trade and imperial preference were too dear to the British decision-makers. The UK continued to enjoy income from the City’s position as a global financial hub. The ‘big bang’ of the 1980s had improved London’s competitive position.

In the meantime, the quadrupling of the oil prices in 1973 plus the second oil shock of 1979 had driven the manufacturing industry out of the UK (as it had for the US and in a lesser measure for western Europe) to Asia. The UK had to become a service economy, which it accomplished (despite the Labour party still hankering after a German-style economy).

Still the search for growth remains. The UK has in the meanwhile absorbed two different inflows of foreign immigrants. Immigration has never been thought of as a positive strategy but has been endured if it cannot be avoided. It has had economic effects, though. One big flow came from the empire starting in the immediate post-war period from the Caribbean, South Asia and later Africa. The early flows allowed cheaper labour to enable entrepreneurs in the 1950s to postpone modernisation of capital equipment, unlike in Germany. Flows coming later (such as the Ugandan Asians coming in 1972) brought other skills, especially entrepreneurial skills, which benefitted the economy.

A different strand to the economic capabilities of the British was added, almost in an absent-minded fashion, by the expansion of higher education. The Robbins Report, in the early 1960s, had advocated an expansion in the number of institutions which would put more 18-year-olds through higher education at public expense. This ‘revolution’ continued when, in the New Labour years, higher education began to be supplemented by student fees financed by a student loan.

With this expansion of student numbers, both British and foreign, has come the expansion in the entrepreneurial approach to research and development in natural sciences and medicine. Universities have become wealth-creating hubs. The UK has developed innovative activities such as fintech, artificial intelligence and robotics in the 21st century, while the arts are an attractive feature of the UK for the world.

It may be that it is the improvement in the human capital which has been the secret ingredient behind the UK persisting as one of the richest countries. Education, immigration, adaptability and innovation are the invisible ingredients of success. Rule of law, inclusiveness of people from different cultures, diversity and toleration have to be counted as important as well.

This article is the second of two in this series. Read the first one here.