UK growth anxiety is nothing new 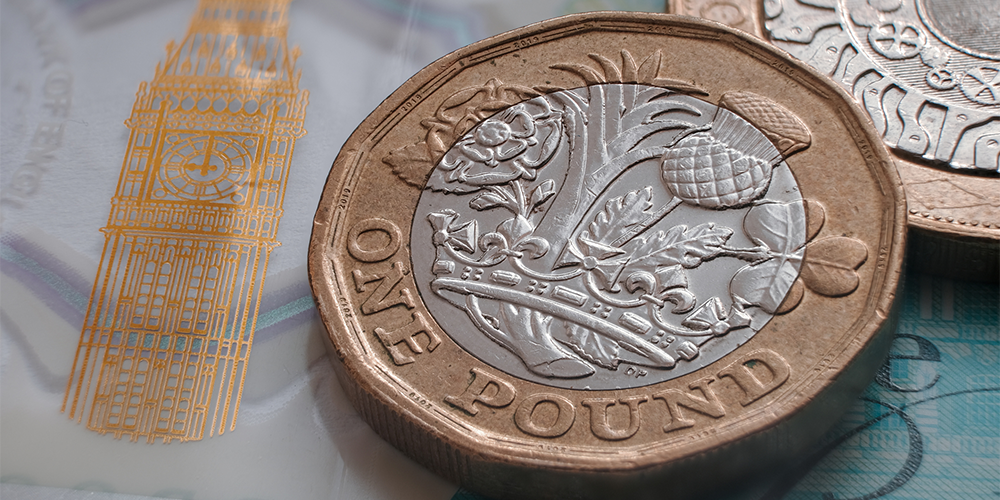 As long as I can recall in my life as an economist, there has been a growth anxiety in British political life. In the 1960s (when I arrived in the UK) the problem was stop-go economics, where the twin objective of preserving sterling’s parity with the dollar (those were the days of fixed exchange rates) and maintaining full employment made the pursuit of any long-run growth strategy difficult. Fiscal and monetary policies alternated between accelerator and brake. This made formulating any sustained growth policy difficult.

The British economy was still one of the richest in 1950, but it was falling behind the US and a resurgent Europe which had recovered from its war damage to invest in technology and become much more dynamic. The Labour government from 1945-51 had a penchant for public ownership which meant a lot of public money paid to the owners of old industries to buy them out.

How was the growth rate to be increased? This was the root of the growth anxiety.

The 1950s in the UK were spent enjoying full employment and recovery from wartime shortages. Harold Macmillan, prime minister from 1957-63, embarked on a policy of building public housing to relieve the shortages caused by wartime damage. A kind of welfare state had been built up. The NHS was a great establishment. Rationing was gone. Still, while the level of income was comfortable, growth was lacking. Investment was crucial, as was the quality of the labour force. Innovations would be welcome if an economy could manage to produce them. Technical progress was the new invisible magic ingredient.

Harold Wilson, prime minister from 1964-70, was going to bring the ‘white heat of technology’ to Britain. Alas, the weakness of sterling was to dog him. The Labour government of 1945-50 had been forced to devalue the currency in 1949. Wilson very much wanted to avoid repeating that in the mid-1960s. Try as he might, he could not escape devaluation.

Wilson also tried the idea that having bigger corporations would bring economies of scale. His economics guru, Lord Nicholas Kaldor, thought the problem was shortage of industrial labour. Kaldor advocated a selective employment tax to reduce labour in services, so it could move to manufacturing. The idea was that productivity was higher in manufacturing than in services and moving labour would increase the growth rate. That did not work either. The search was incessant but unsuccessful. Trade union conservatism was seen to be a problem which stalled the introduction of new labour-saving technology. So Wilson also began the policy of regulating trade unions, reluctantly and unsuccessfully.

Prime Minister Edward Heath (1970-4) tried a monetary expansion when the unemployment numbers went up to nearly 1m. His Chancellor of the Exchequer Anthony Barber unleashed a huge boom caused by credit expansion and tax cuts. The result was one of the highest growth rates on record (7% in 1971-2). Then followed a miners’ strike, a coal shortage crisis and a three-day working week to save energy. The optimistic British story was over and was to remain so for the rest of the century.

The inflationary impulse of the Barber monetary expansion was exacerbated by the quadrupling of the oil price in 1973 by OPEC. Inflation had been in low single digits in the previous two decades. Now it reached double digits. Wages were seen as the villain. Trade union bargaining power was the enemy. Back in power though with a slim majority, Wilson (1974-6) tried incomes policies, but they were difficult to implement as inflation kept on rising. James Callaghan (1976-9) who succeeded Wilson after his resignation had it no easier. Strikes continued to plague the economy. Sterling was in trouble. The International Monetary Fund advised control of credit and balanced budgets.

As soon as the Conservatives came back into power in 1979, VAT rates were nearly doubled from 8% to 15%. Margaret Thatcher (prime minister from 1979-90) began denationalising publicly owned industrial units. Luckily for the UK, oil was discovered in the North Sea. There was a feeling of euphoria. The Labour party, had it been in power, would have nationalised the oil fields. The Conservatives relied on the private sector. The long and short of the North Sea miracle was that it contributed to the public finances while unemployment benefits were soaring, but it did not change the growth prospects of the country.

Unemployment rose to 3m and yet inflation proved hard to tame. The money from the sale of nationalised industries and of public housing to the tenants paid for the higher unemployment benefits and other welfare state expenses. The British economy became more free market than other European ones, but not as much as the US.

Early in the 1970s during the Heath government, the UK had finally joined the European Economic Community after a decade of trying to get in. But the EEC was a customs union, not a free trade area. So the UK took the lead in creating a single market with internal free trade across the members of the EEC. That was supposed to be yet another magic bullet for British economic growth. Sterling continued to cause anxiety. In 1971, the US reneged on its promise to settle international trade deficits in gold. The IMF regime of fixed exchange rates collapsed and foreign exchange markets became large and active.

European economies sought to create a monetary union, which would recreate the IMF-style regime of fixed exchange rates with limited margins for deviation of currency values from each other. The European economic and monetary union created tensions within the UK. Sterling was a weak currency but traded much more actively across the world than many European currencies. Joining EMU became a divisive issue both within and between British political parties. Once again, the weakness of sterling was the issue. Tying the currency to a relatively fixed system was risky as it brought back the stop-go cycle. But accessing a free market in exchange was lucrative for London.

So while inflation was being brought under control, the issue of EMU was to detract from economic policy. EMU evolved into the exchange rate mechanism with slightly variable but still bounded limits within which a currency could move against other member currencies. The decision on whether to join the ERM split the Conservative party badly with Thatcher lined up against cabinet ministers Geoffrey Howe and Michael Heseltine. She lost the battle and sterling joined the ERM. Previously the possibility of allowing sterling to float had provided a margin of manoeuvre to fiscal policy. But the thought was that joining the ERM would guarantee lower inflation as the wage bargaining would be restrained.

Alas, the British economy could not face the deflationary arrangement. To begin with the parity with the Deutschmark at which the UK joined was too high. The deflationary discipline proved too much and sterling had to exit the ERM.

After the exit from ERM, the UK economic performance improved. This was probably as much due to the globalisation of the world economy from the 1990s onwards than anything else. Until 2008, the boom lasted. It could be said that the period 1991-2007 was the best in the post-war years. Inflation was down across the western world. The UK had successfully converted itself into a service rather than a manufacturing economy. It still attracted masses of immigrants from abroad. Most immigrants came from the European Union, which had been enlarged to include eastern Europe. They filled the vacancies in the public and private sector services. The labour market had been reformed under New Labour (1997-2010) and full employment had been enjoyed. For immigrants, the English-speaking culture of the UK was a particular attraction as it made them employable across the Atlantic.

These were also the years in which the welfare state became better financed. Local taxes were put on a better basis of property values (council tax) than notional rental income (rateable value) or the disastrous experiment with the poll tax. Unemployment benefits were rationalised and the minimum wage was introduced. The finances of the NHS were improved. Devolution of political authority to the regions was a major constitutional change.

It was the crash of 2008 which again threw the British economy into a low growth trajectory. There it has been since. From 2010 onwards, the UK economy has been through several economic and political convulsions. The consensus, despite political party differences, about the need for instruments to spur growth collapsed. A decade of austerity was inaugurated when the Conservatives came back to power in coalition with the Liberal Democrats under the premiership of David Cameron (2010-16).

Quantitative easing piled on liquidity in the bond markets and yields were at their historic low. This was a global, not a local phenomenon. Inflation rates were the lowest seen since before the second world war. But the debt-to-GDP ratio had to be tightly watched. Austerity was the order of the decade. This, more than anything else, has brought the UK to its present fragile and anxiety-ridden state.

This article is the first of two in this series. The second part will be published next week.