UK rates will go higher, but not as far as markets expect 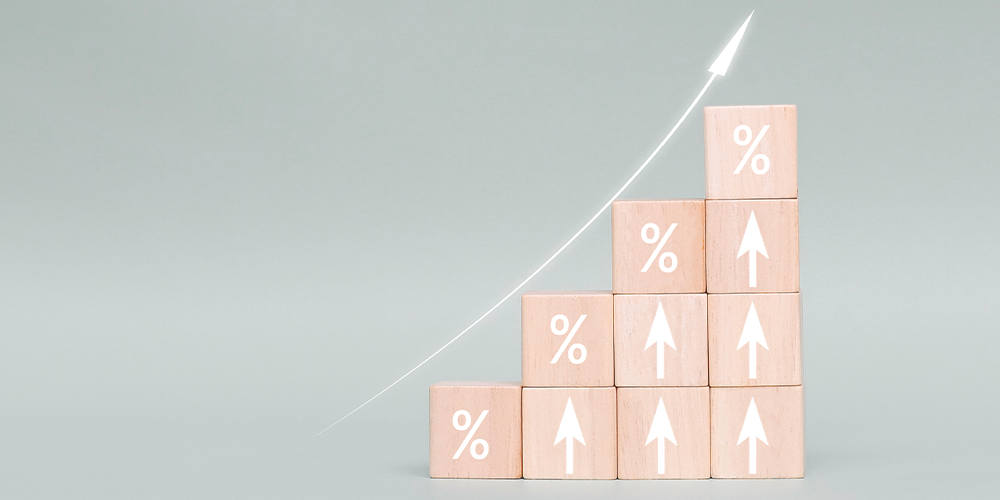 Leap in rate expectations the biggest surprise, not the data

By raising Bank Rate by 75 basis points on 3 November – the Monetary Policy Committee’s biggest hike yet – Bank of England Governor Andrew Bailey is showing the strength of his conviction to get consumer price inflation back to its 2% medium-term target.

The rise comes despite deepening risks to growth and flying blind on the fiscal outlook before new UK tax and spending plans are announced and costed on 17 November. Central to the Bank’s latest forecast is fiscal information up to 17 October, which takes into account new Chancellor of the Exchequer Jeremy Hunt’s scaling back of most of his predecessor’s unfunded tax cuts, but assumes the government’s energy support package is allowed to continue at half its initial pace for 18 months after April 2023. Absent from August’s forecast, the Bank views this as stimulatory.

The rate rise, to 3%, is the eighth since December 2021, but still leaves real rates deep in negative territory. When Bank Rate was last raised by more than this (100-plus basis points in October 1989), it stood firmly positive in real terms. With the MPC wanting to reclaim its cherished policy tool, further increases look inevitable.

Other incentives to go hard include acting before the worst of the northern hemisphere winter, repairing the UK’s reputation after the market disturbances at the end of September and in October and calming sterling markets over unfunded tax plans. But linked to that is the realisation that active quantitative tightening (selling the assets) will have to stay light to avoid further disruption.

Active QT started on 1 November but, unless the fiscal plans become more contractionary, hopes that it can compensate for more rate hikes may be unrealistic. Deferring QT during October’s bond volatility and excluding long-dated gilts (purchased during the emergency support) from the Bank’s sales suggest QT will have to be selective and curtailed if markets become ‘dysfunctional’.

Revising the plans, Dave Ramsden, deputy governor for markets and banking, said the Bank had ‘deliberately skewed to the short and medium-term buckets to help liquidity. We will sell long end (maturities) in the new year.’ His comments were in keeping with a commitment made by Bailey to an OMFIF-invited audience in July that the MPC will ‘act forcefully… no ifs and buts’ to bring CPI inflation down.

Yet, there’s a limit to how far Bank Rate can go. On current information, the peak by the governor’s own admission is likely to be less than the 5.25% level markets anticipated during the November forecast round. This compares with the 3% maximum markets expected in August. This inter-forecast lurch in rate expectations is the largest the MPC has seen, driven by persistent inflation, the intervening 125bp on Bank Rate and, significantly, an extra UK risk premium during October. For the MPC, this is the ‘biggest surprise, rather than the data’.

With stagflation intensifying, the trade-off between rate hikes and inflation reduction will look increasingly destructive to growth. An unfortunate quid pro quo for fighting inflation is the Bank expects gross domestic product recession to stretch over the five quarters to 2024 if the current 3% Bank Rate is maintained. This would make it about equal in duration to the 2008-09 financial crisis, and about as deep as that of the early 1990s. Were rates to reach the market’s 5.25% peak, however, GDP falls would be extended to mid-2024.

Higher money market rate expectations also drive the small revisions in the Bank’s inflation projections (on which the MPC’s central fan charts are based), albeit based on scant fiscal information. If the 3% Bank Rate is sustained, CPI inflation is expected to still be a little over its 2% target at the end of 2024, falling rapidly to about 1% in 2025. But, should the more restrictive 5.25% Bank rate be reached and held, CPI inflation would fall sharply to ‘some way below’ target by 2024.

The prospect of further monetary tightening, however strong, on top of a recession probably already underway, means too severe a fiscal tightening on 17 November would risk the full-blown recovery new Prime Minster Rishi Sunak needs before the next general election.