Sunak’s priority is to stay afloat 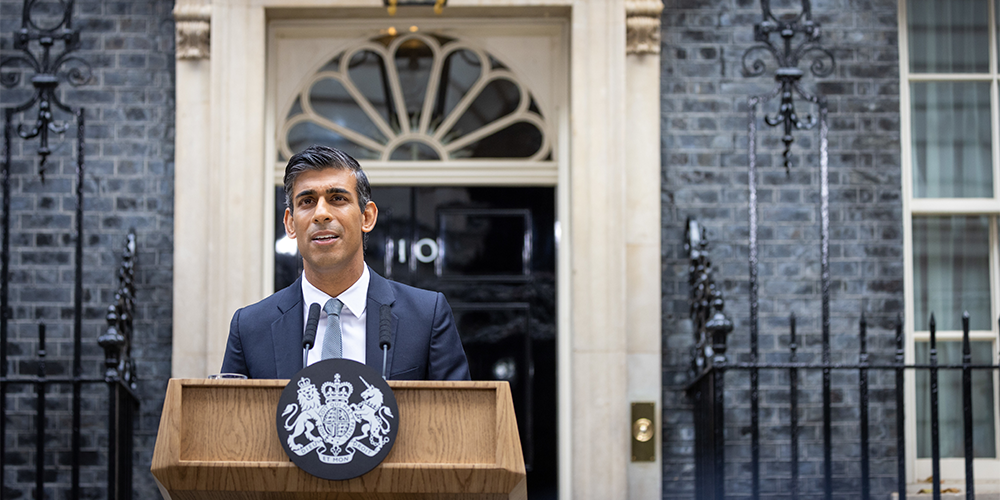 Britain is in dire straits, so new PM will have a lot of space. We will find out soon enough whether that is enough.

The first job of Rishi Sunak, Britain’s new prime minister and the third in two months, is to unite his crew and steady a ship that has been holed below the waterline. He has to avoid the catastrophic errors of his predecessor Liz Truss. And he needs to stay afloat at least until 2024 when the next general election is due.

As a British citizen of Indian descent (like Sunak), I cannot recall a time, in nearly 60 years of living in the UK, when Britain’s national confidence and international reputation have been lower.

Sunak will have to develop a political persona to reach the public. He faces a huge challenge. Polls put the Conservative party 30 points behind the Labour opposition. Some members of parliament may misguidedly rank Boris Johnson, prime minister before Truss, and the man Sunak helped to eject in July, as a better choice of leader. However, most MPs are fed up with Johnson, who faces a serious parliamentary inquiry into alleged standards breaches. He fortunately failed to garner the requisite votes to mount a challenge this week.

Leaders get compared with their predecessors. Sunak has been lucky. During their thankfully brief tenures, Truss and her chosen chancellor of the exchequer, Kwasi Kwarteng, showed they could neither add nor subtract. During the summer, prior to getting elected by party members, Truss made extravagant promises of tax cuts to stimulate economic growth. Sunak warned that public finances made that unaffordable. Yet Truss went ahead, with disastrous effects on financial markets and public confidence.

The tax announcement forced emergency Bank of England support for government securities. The burden of higher interest rates on government debt will persist for a while. Sunak and Jeremy Hunt, the new chancellor, have taken over to clear up the mess.

In his previous government post, Sunak displayed exemplary ability when, in February 2020, just before the Covid-19 pandemic, he became chancellor in Johnson’s generally chaotic administration. From the peers’ gallery in the House of Commons, I watched his first appearance in the new job. He was calm and impressive. He went to the Stanford Business School which is academically tougher than Harvard or the Wharton School. So, he can master the technical intricacies of money and finance without getting stretched.

Yet the test ahead is much tougher. Sunak has to be a politician not just a techno whiz kid. I have seen many great cabinet ministers who fail as politicians. On the other hand, people can be technically deficient but muster the passion that goes with greatness. Edward Heath and Gordon Brown were technically good but lacked the breadth to make them great prime ministers. Margaret Thatcher was just a great politician. She cared not a jot about popularity. She wanted to get things done once she had made up her mind.

So, Sunak will have to demonstrate that he’s in charge. He can leave the finances to Hunt and turn his attention to addressing the bemused and worried electorate. He will also need to address foreign affairs. This includes not just the war in Ukraine but also rebuilding Britain’s relations with the rest of Europe. On China, I would expect Sunak to take a tough line.

The Conservatives seem to have discovered a fondness for superlatives. With 44 days in office, Truss had the shortest tenure of any prime minister. Sunak, 42, is the youngest for two centuries – and the first Hindu, elected on the day of the festival of Diwali.

He has risen to the top not through family connections (although he has a few) but because of his ability and determination. Many (if not all) Indians believe one of their own will rule over the old British colonial masters. But Sunak is British-born of Indian ancestry.

Some Indians think a free trade agreement between the UK and India will be a walkover. Steady on, I would advise. I – like many – feel pride that a person with ancestral roots in India is now the British prime minister. But he will be no more Indian than US President Barack Obama was Kenyan.

The UK needs its new prime minister to look after its own affairs. Since the country is in dire straits, everyone will give Sunak a lot of space. We will find out soon enough whether that is enough.