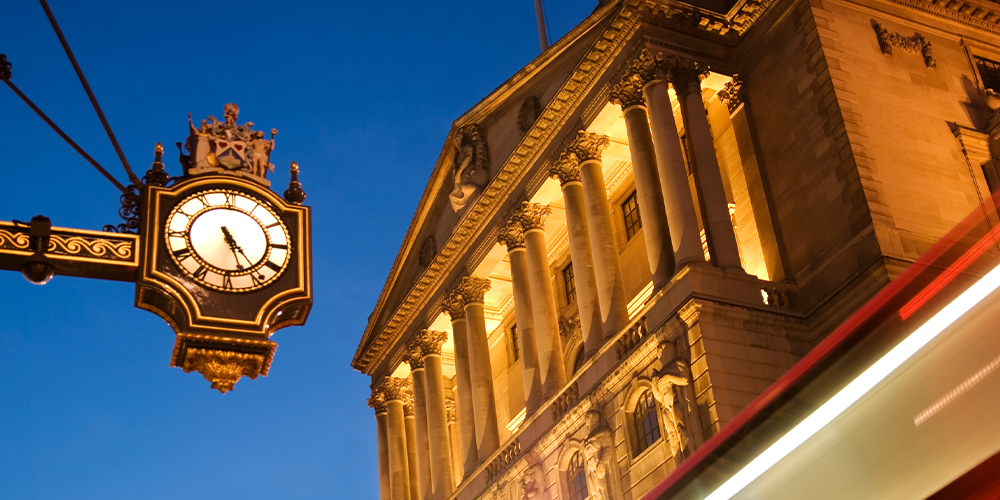 Onus on UK government to change its fiscal plans

Is it the return of quantitative easing or is it yield curve control? Whatever you call it, the Bank of England’s shock announcement on 28 September that it would conduct ‘temporary and targeted purchases’ in the gilt market shows the extent to which investors had lost faith in the UK government’s fiscal strategy.

In response to the chaos in UK financial markets since Kwasi Kwarteng, chancellor of the exchequer, presented his mini budget on 23 September, the BoE said it would carry out purchases of long dated gilts from 28 September until 14 October to ‘restore orderly market conditions’. The BoE’s plan to start selling gilts as part of its quantitative tightening programme has also been postponed until 31 October, with its annual target of an £80bn stock reduction unaffected.

Since Kwarteng presented the UK’s fiscal plan to help deal with the energy crisis, which included huge tax cuts and borrowing, gilt yields spiked to horrific levels while the pound tanked to record lows.

The BoE has set the maximum of how much it could buy each working day over the period at £5bn, meaning it could purchase up to £65bn of gilts during the next two weeks.

James Rossiter, head of global macro strategy at TD Securities, said the BoE’s intervention has elements of both QE and YCC but noted it was more a macroeconomic than a monetary policy move.

The BoE had no choice but to step in due to the huge moves in the long end of the gilt curve, with the yield on 30-year gilts topping 5.1%, having started the week at 4%. Following the BoE’s announcement, the 30-year yield dropped to as low as 3.9%.

It is hard to believe that two weeks of purchases will be enough to keep markets calm when there is a record supply of gilts coming and with QT starting at the end of October. Gilt yields were slightly up on 29 September, just a day after the BoE announcement. Investors have clearly lost faith in the UK government’s fiscal plan.

‘Unfunded tax cuts, which make up nearly half the budget deficit, have been wrong in our perception,’ said Kaspar Hense, partner and senior portfolio manager at BlueBay Asset Management.

‘If you tax the rich less, the fiscal multiplier will be low. Lower growth and productivity mean the pound will continue to weaken, which will cause even more inflation,’ added Hense.

The BoE has put a lot of pressure on itself by setting firm dates for the end of this temporary QE and the start of its QT operation. The latter begins just days before the next Monetary Policy Committee meeting on 3 November. The BoE could have simply said it would firm up the date once financial conditions have stabilised or let the MPC vote on the start of QT at its November meeting.

Of course, the BoE could continue with QE for a longer period and push QT even further back, but it, like any central bank, does not want to continue purchasing bonds when the focus should be on tightening monetary policy and tackling soaring inflation.

There is also only so much central banks can do. The onus is on the UK government to come up with a more fiscally appropriate strategy.

‘QE is not a solution, but it was necessary due to the dysfunction of the market,’ said Hense. ‘The solution is to change the budget.’