What Ukraine needs from the IMF/World Bank 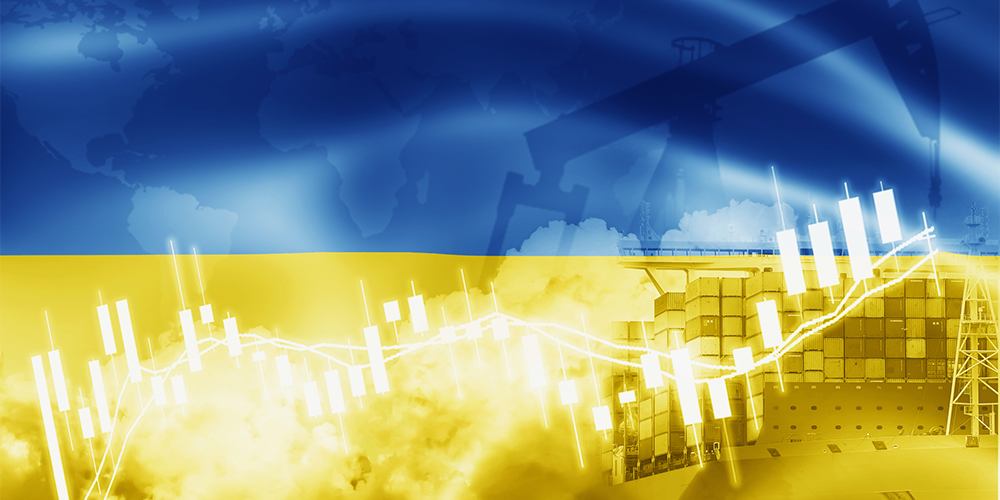 Ukraine needs urgent economic as well as military assistance. As its Minister of Economic Development and Trade Yulia Svyrydenko said during a meeting with OMFIF in Kyiv, ‘We expect that by the end of the year, our gross domestic product will be shrunk by 35%-40%. Around 47% of our companies have fully stopped. It’s crazy.’

With the International Monetary Fund and World Bank due to meet imminently in Washington and Ukraine set to dominate the agenda, Svyrydenko says its essential that the IMF backs Ukraine. ‘We expect an IMF programme, and we are doing a lot to get it,’ she said. ‘It’s essential for us.’

An IMF support package of between $10bn-$20bn has been touted around Kyiv and in western capitals ahead of the meeting, with most estimates – and leaks from advance negotiations – settling the package at around $16bn. Svyrydenko said that is ‘the start of the negotiation.’

However, negotiations were complicated on 4 October by the sudden resignation of Kyrylo Shevchenko, governor of the National Bank of Ukraine, citing health reasons. Appointed by President Volodymyr Zelenskiy in 2020, Shevchenko had been intimately involved in discussions over the IMF support package. On 6 October, Ukraine’s parliament, the Verkhovna Rada, formally accepted a directive from Zelenskiy to dismiss Shevchenko from the NBU, as Ukraine’s anti-corruption authority charged the governor with alleged embezzlement dating from when he chaired state-owned Ukrgasbank through the mid-2010s.

Another former state banker, Andriy Pyshnyy, has replaced Shevchenko as NBU governor, Ukraine’s 12th in 31 years. Pyshnyy will now lead Ukraine’s negotiations with the Fund over the larger package sought by Kyiv.

Also shadowing the negotiations with the IMF are concerns, fanned politically by Russia and its allies, that any support package for Ukraine would be spent on military material to cement and advance the gains Kyiv has made in pushing back Russia from its territory. Privy to the IMF discussions, Svyrydenko was circumspect. ‘We’re not going so deep in this negotiation, but I think that it will go on the economy.’

In return, she promised that Ukraine will transform into a model open economy, accelerating reforms introduced by the Zelenskiy administration after it came to power in 2019. ‘Before the war, and now even during this war, we’re trying simultaneously to launch all the structural reforms that are so important and vital,’ she said. ‘We are now focused on judicial, intergovernment reforms, and we’re trying to move them. That’s why I think that we are ready, and we really expect that this is going to be part of this IMF programme.’

‘We would like to reduce the governmental involvement [in business]. Government is a bad manager,’ she expanded. ‘We would start privatisation… We have the list of companies that will go for some privatisation… the big enterprises… As for the function of running the company, it should go two ways: privatise or it can be run, if it’s a strategic company, by a separate fund state-owned but run on business lines. But it should not be run by the ministry.’

As the war tilts Ukraine’s economy further away from Soviet-era connections with Russia and Belarus to lean westward to Europe, Svyrydenko expects to be a fully compliant member of the European Union some time in 2024. ‘Maybe it sounds ambitious,’ she said, ‘but it’s not so ambitious.’

Former Ukrainian central bank governor Valeria Gontareva expects the IMF support package will settle at around $15bn-$16bn. ‘I’m a great supporter of the IMF programme,’ she said. ‘We need the IMF for the banking system, for financial stability. It’s not a big amount for our recovery, but it’s a good anchor for all of the donors.’

The most recent snapshot of Ukraine’s economy from Svyrydenko’s own ministry on 3 October and data from September shows a broken though remarkably resilient economy in the face of sustained aggression.

Svyrydenko observed that Ukraine has been running a budget deficit of approximately $5bn a month since the beginning of the war, which is covered mainly by international aid, grants and loans totalling more than $19bn. Bonds issued by the central bank have also generated a war chest of funds. According to the economy ministry, from the beginning of the war to the end of August, Ukraine received $17.2bn of foreign aid and, in September, received €500m from the European Investment Bank. On 7 October, IMF Managing Director Kristalina Georgieva announced that an additional funding tranche of $1.3bn had been approved for Ukraine.

‘The National Bank of Ukraine expects Ukraine to have received $12bn of announced international aid from partners by the end of year. But the sum may be bigger. We also expect at least $1bn from the World Bank in November,’ the ministry said. ‘In the next year we expect a budget deficit to be covered every month with $3bn at the expense of the World Bank trust fund. We expect also to receive approximately $17bn for the renewal of infrastructure and economy of Ukraine.’

Rare in wartime, inflation has been kept in relative check, and is running lower than for many countries in lesser predicaments than Ukraine. In August, inflation was 1.1% higher than July and is annually expected to be 23.8%. Gerhard Bosch, chief executive of Ukraine’s biggest commercial bank, PrivatBank, pointed out that there has not been the merest suggestion of a bank run or financial turmoil since 24 February, which he attributes to the central bank’s deft handling and international support.

Viewed via PrivatBank’s market share of 30%-35% in retail and business banking, Bosch commented that the economy is ‘surprisingly stable. What we see in our client’s behaviour, I would say everybody tries to operate at maximum level. Even western companies are operating again at 70%, 80%, 90% capacity.’

Oleksandr Pysaruk, chief executive of Raiffeisen Bank’s Ukraine offshoot and former IMF executive, said, ‘I only hope that this is Ukraine’s third chance. The first was the Orange Revolution in 2004, which was, unfortunately, a missed Raiffeisen Bank opportunity. Maidan [in 2014] was not completely lost but what we’ve never had in Ukraine is reform on this scale. If Ukraine doesn’t do it now, particularly having received the EU candidate status, which is an anchor which gives you a chance to pursue the reform agenda… I don’t want to think about it.’

His former colleague Gontareva agreed. ‘We did all reforms during the wartime,’ she said, referring to the conflict in Ukraine’s east since 2014. ‘That’s why there is no excuse for anybody right now in Ukraine to say that it’s not a time for reform because it is wartime. We need to do that. Moreover, you will have less resistance from politicians during wartime… because there’s a unity of political purpose.’

An optimistic Svyrydenko concluded, ‘I think we should focus on what would be our first day when the war will be finished. What country you would like to see? Now we’re making all these steps. I think the end will bring us the country we want to be. We’re doing our best. We’re fighting all the time.’

Eric Ellis is a freelance financial writer who visited Ukraine in September 2022.