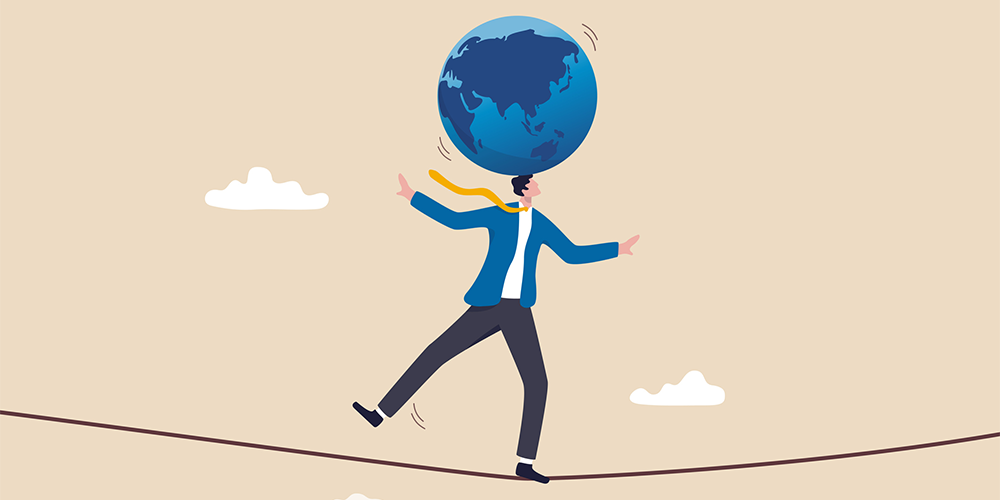 Global finance ministers and central bank governors will spend much time handwringing about the depressing global outlook and risk-off market conditions during next week’s International Monetary Fund-World Bank annual meetings. But don’t forget the fires in the Fund’s inbox.

The Federal Reserve is fighting inflation with sharp rate hikes, giving rise to a possible hard US landing. The European Central Bank is in hawkish inflation-fighting mode. Russia’s barbaric invasion of Ukraine weighs on global energy and commodity prices and supplies. The oil price cap is still a work in progress. European recession imminently looms.

China faces a major slowdown amid pandemic, excess leverage and housing woes. UK bungling sent global financial markets for a loop. Many emerging markets face hard choices balancing rate hikes and currency depreciation. Are national central banks collectively overdoing it, creating heightened financial instability risks, and might they be on the cusp of backing off?

IMF flagship publications will provide much first-rate analysis about these realities. But what happens rests with ministers and governors. National policy directions now seem broadly locked in. Don’t expect a coordinated macro strategy from the meetings.

Surging IMF financing demands might be expected, but the jury is out. Many weak performing EMs already have Fund programmes. Stronger EMs, undoubtedly hit by deteriorating global conditions, now often have sounder fundamentals, healthy reserves, floating currencies and local currency-denominated debt. Storms may be weathered without systemic contagion. Regardless, IMF resources for EMs are adequate.

Participants at the annual meetings will also discuss their vision for the IMF – its role in climate, inequality and gender. Can it be a significant precautionary lender?

Yet, the IMF can make a big difference on multiple, pressing and intractable operational issues – fires in the inbox – it now faces. These shouldn’t be neglected.

Two-thirds of low-income countries face debt distress. The G20’s common framework to rope China into delivering meaningful debt relief on unsustainable LIC debt remains deeply troubled. Zambia, Chad and Ethiopia signed up. Ethiopia is mired in civil war; Chad is sui generis. Zambia could be key. China joining the Zambia creditor committee and offering financing assurances is hopeful. But it took eight months to approve Zambia’s programme. When will a concrete debt relief deal be forged and delivered? Why would any finance minister sign up for the framework when an actual deal has yet to be reached and China is dragging its feet?

The IMF alone possibly has the clout to speak out and move the needle. But it seems more intent on quiet diplomacy and unwilling to deploy its own lending into official arrears framework. Grappling with today’s debt distress is incompatible with playing the long China game.

That could also apply to Sri Lanka. A programme was agreed by staff in early September. Yet, for board approval, financing assurances are needed. That puts the ball into China and the private sector’s court. How long must Sri Lanka wait?

The IMF is stepping up its LIC lending. But to keep LIC lending rates at zero, the Fund requires significant subsidy resources from major creditors. So far, this exercise is falling well short.

Ukraine needs large-scale assistance to fund pensions and soldiers’ wages – not just military hardware – lest the country prints money and inflation surges. Already, it has drawn down reserves and devalued its currency amid rising inflation. US assistance has been forthcoming. Europe’s delivery, despite commitments, has fallen short. More is urgently needed.

The IMF provided Ukraine with $1.4bn in rapid support in March. It’s now developing a ‘food shock window’ to deliver unconditional financing to many members, including another $1.4bn to Ukraine. This disbursement will largely refinance Ukraine’s IMF exposure in coming months – western assistance won’t repay the IMF.

Given the war, the Fund understandably sees large-scale IMF programme support as risky. Thus, on top of the food shock disbursement, the IMF is implementing a new tool for programme monitoring with board involvement, which could lead to a formal programme perhaps earlier next year.

The IMF is the world’s first responder. Ukraine needs urgent help now in mobilising domestic financing and foreign inflows from multilaterals, bilateral creditors and the private sector, including debt relief. The IMF’s strategy is hesitant. It should lead, be visibly seen as the leader and act boldly.

Argentina, and its $30bn exposure, remains a vexing challenge. The inflation tax may help Argentina meet fiscal targets. But inflation has soared to near 80% with some analysts suggesting it may reach 100% this year. The parallel exchange rate is almost 100% more depreciated than the official rate. Yet, the programme quietly rolls on with the Fund lowering the bar to refinance itself, waiting with crossed fingers for a new government that might deliver progress.

One highlight is the IMF’s staff-level agreements with Barbados and Costa Rica on the first Resilience and Sustainability Facility loans – a facility providing longer-term support to countries integrating climate change into their budgets. The Fund’s climate agenda needs to be carefully defined, consistent with its mandate. The RSF’s development generated controversy. Regardless, the RSF is off the ground and others are lining up.

The challenges above are only a few of many. Amid collective handwringing about the global economy and vision for the Fund, don’t lose sight of the nettlesome operational fires in the Fund’s inbox.